At the beginning of Act 2 (in New York apartment) on the PC (via Steam) there is a QR code. 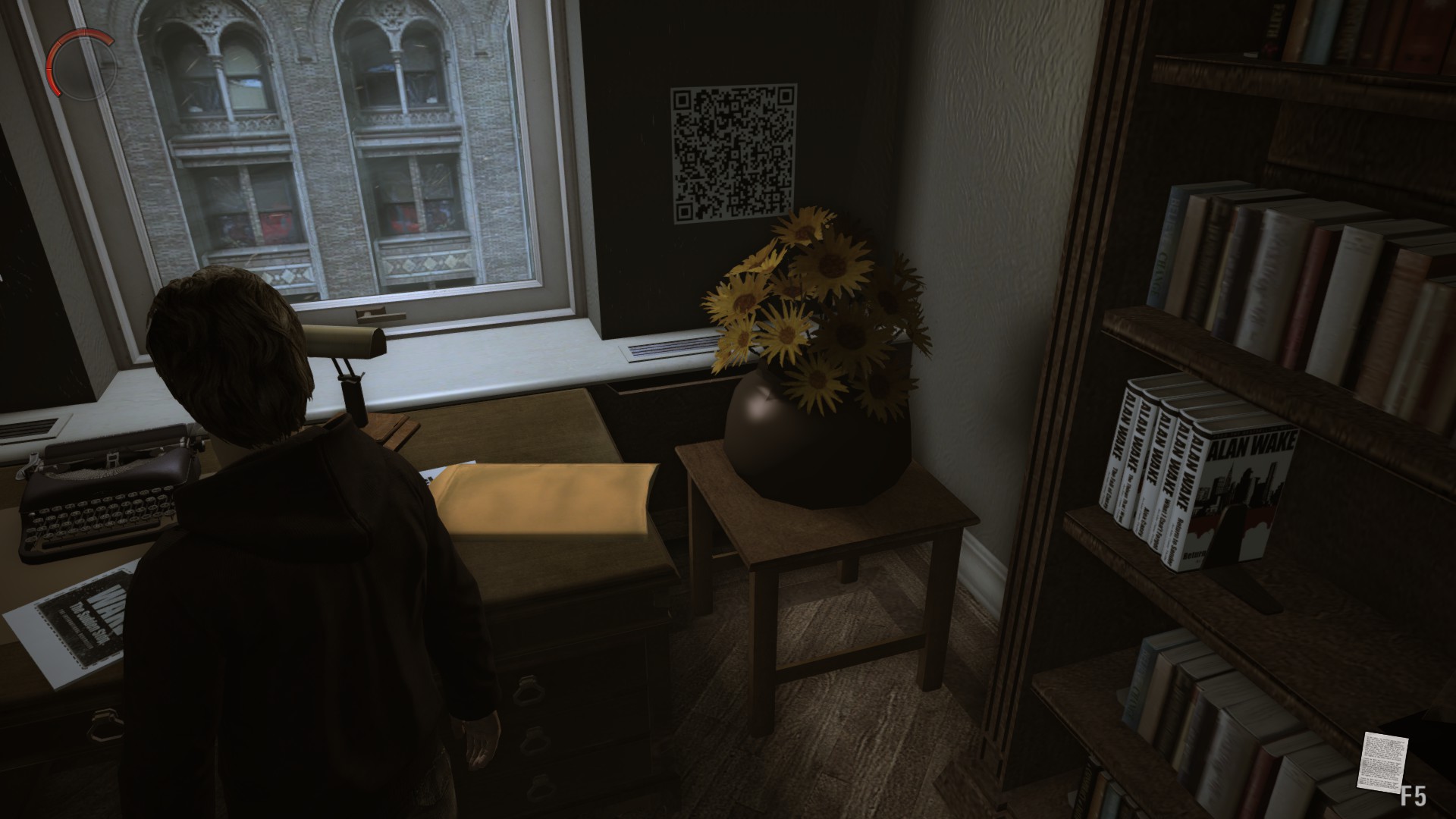 It is located in Alan's Office (if I remember correctly), and it says:

Is there also a QR code in console versions here? If so, I would assume the majority of console players would, in fact, be playing on a couch. Therefore, does it say something else?

According to the Alan Wake wiki thi QR codes do not appear in the XBOX 360 version.
source: http://alanwake.wikia.com/wiki/QR_Codes

Not the answer you're looking for? Browse other questions tagged alan-wake or ask your own question.

5
Help me to understand the Alan Wake ending
5
Any difference between Alan Wake's PC and Xbox 360 versions?
8
Are there 'headshot' or 'limb' damage, and other specific body part hit effects in Alan Wake?
7
Is there any gameplay benefit to finding all the manuscript pages in Alan Wake?
1
Why does the Dark Presence attack Alan?