What is the death metal music played in this place?

When you visit Danny Dufresne (in the Skatepark next to Kingsmouth), he often has death metal music on his radio. Does anyone know what artist and song that is?

The NPC is here: 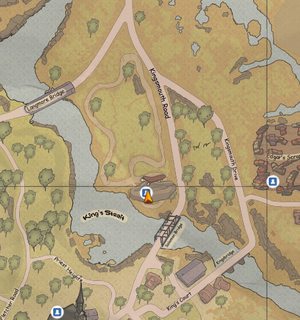 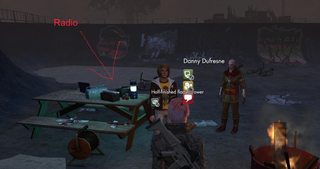 I found a YouTube playlist with a video of the song (now taken down), but even when reading the credits on that YouTube video, it was unclear which band was what, and the playlist does not give away the information.

The band is either Strongwater or Serenity Trace (formerly known as Boondock Saints). Both are Norwegian metal bands that contributed several songs each.

Strongwater gave up in 2012 after having lost their singer and seem to have pulled most of their online content, making their music very hard to find. There's a few songs left at Myspace and you can read about the breakup on Facebook. The guitar and vocalist in your clip indicate that this is most likely the band you're looking for, although the specific song doesn't seem to be among the very limited material that can still be found online. They only released one album.

Serenity Trace are still around and you can find some of their stuff on Myspace, Soundcloud or Facebook. According to a band member "The songs we contributed on in The Secret World are unique since they where all preproduction for our new album Jamais Vu."