What is the function of these Armature repair stations in Mass Effect?

In Mass Effect when Shepard is on Ilos he can find two Armature repair stations like this: 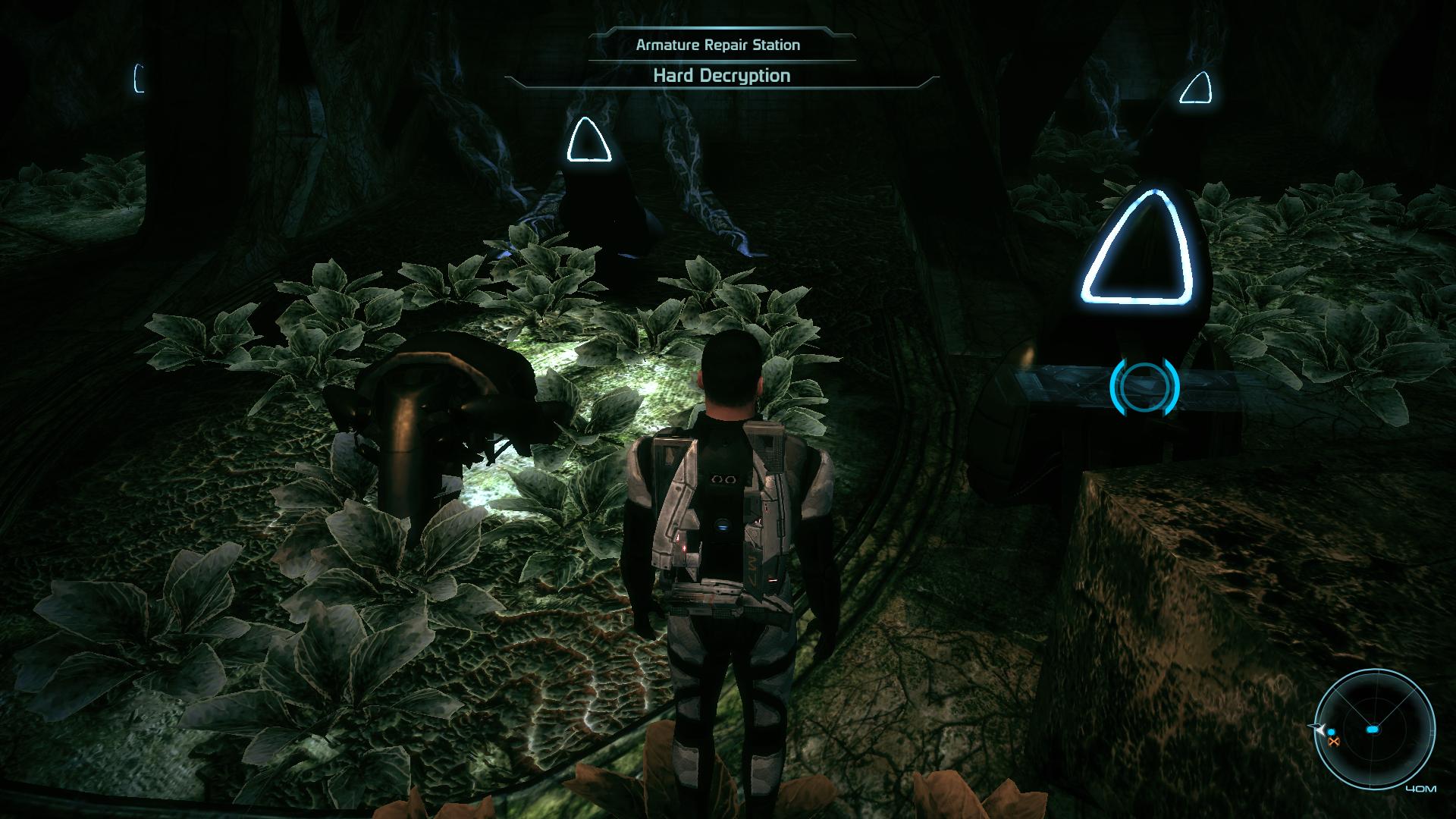 I'm wondering whether they serve some purpose or not? If I use them they get activated but nothing else happens. I can progress with the game either way.

Hacking the Armature repair stations will turn the Armatures on the lower level in Ilos before you unlock the main gate to pursue Saren to turn against the Geth. This, especially on higher difficulties, will make clearing out the Geth on the way to the console that unlocks the main gate much easier both by destroying Geth and drawing their fire away from you.

Hacking all of these stations can result in as many as four Geth Armatures turning on their allies.

Destroying the Armatures before hacking these terminals results in the terminals having no effect.

Not the answer you're looking for? Browse other questions tagged mass-effect or ask your own question.

30
Should I continue one of my Mass Effect playthroughs in Mass Effect 2 or start afresh?
8
Can I pick up items in Mass Effect while in a vehicle?
6
Finished Mass Effect 1. Now how can I play the BDtS DLC?
8
Does it have an impact on the game whether I check “Investigate” options or not?
10
Why is my damage so different?
1
Order squad mates to activate electronics skill in Mass Effect 1
4
Mass Effect 1 and Sniper Rifles
6
Finding my old mass effect save files
0
Mass Effect 1 save import: Necessity for plot points