In Feed The Beast there are a lot of mods (as we all know) and one of them is IndustrialCraft (talking about v2 with the gregtech extention) is probably the most difficult one in the game to get started with.

After doing some mining and getting around 5 stacks of iron, 3 stacks of copper, 3 stacks of tin, half a stack of gold, 18 diamonds and 2 emeralds I figured it was time to get started. I just don't know what to do first. I figured energy(EU) it the way to go but i am in a massive desert so I can't use watermills. I don't know any other easy-to-setup energy sources. except solar panels, which require energy to make.

I also thought of a generator but I am low on wood and coal I need to use for cooking things and torches of course.

I might get into windmills but they are so ugly hanging up there in the sky.

Are there any other ways to get energy(EU)?

I always start with a generator on its own connected to a macerator and furnace. You'd be surprised how little power you need, probably a stack of coal is enough to get you through the early game, and it is very common in caves so it is fairly easy to get a large amount. My advice would then be to set up a nuclear reactor as fast as you can. As dangerous as it sounds, nuclear reactors are the best source of energy in industrialcraft and require the least amount of materials to maintain. Obviously the main detractor is the cost of making one, but with your materials at the moment I can't see it being too difficult. The clear danger here is a nuclear meltdown, which is absolutely devastating and will destroy everything around the reactor. However, using redpower or Project Red, you can use circuitry to make a meltdown an impossibility. You'll need a thermal monitor on the side of the reactor set to emit a redstone pulse when the reactor's core temperature reaches 500 degrees. Industrialcraft reactors are somewhat unrealistic in that their "operating" temperature (i.e. when all uranium cells are touching 1 coolant cell) is less than 100 degrees. From the thermal monitor connect redstone to a toggle latch, and that output back to the reactor. It should look something like this: 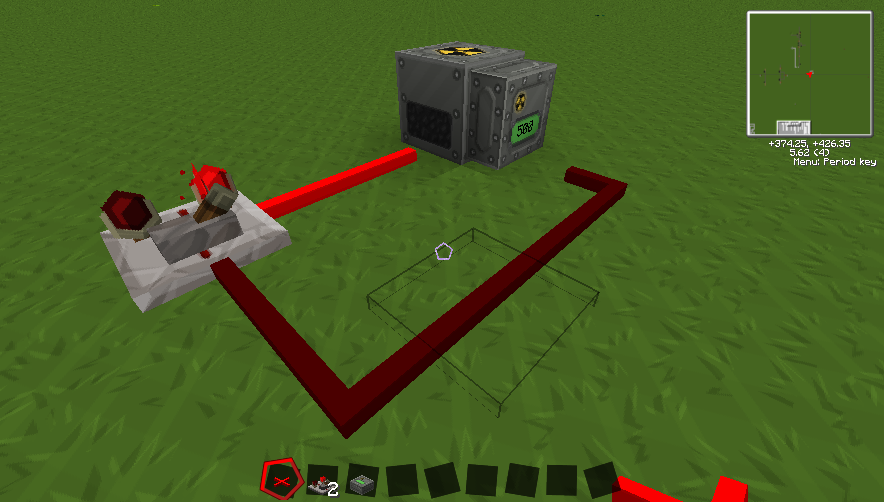 That will ensure the reactor never overheats, as it will shut itself off as soon as the temperature inside gets too high. From there you can increase automatic maintenance, and potentially end up with a system like I've built in many worlds which will automatically produce a coolant cell whenever the reactor needs a new one. In terms of the materials used to run the reactor, all you need for a starting reactor is a uranium cell and a coolant cell, arranged something like this: 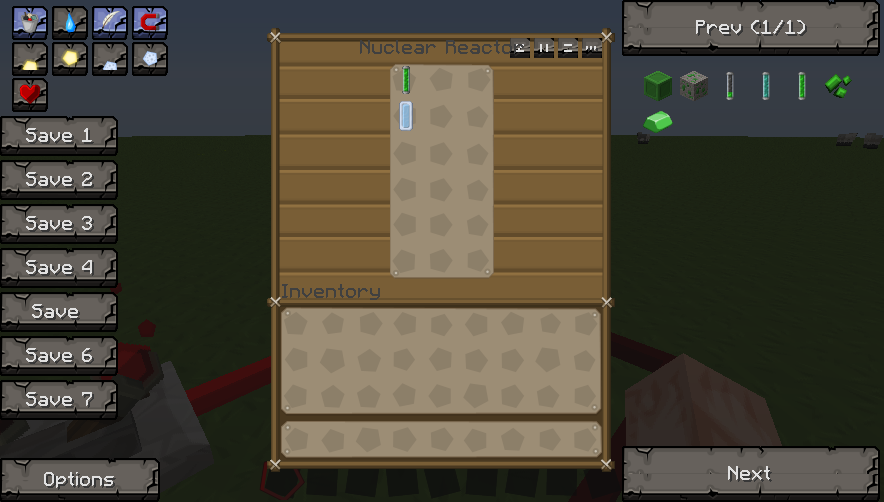 NOTE: These screenshots are taken from tekkit rather than FTB, but the industrialcraft principles remain the same. 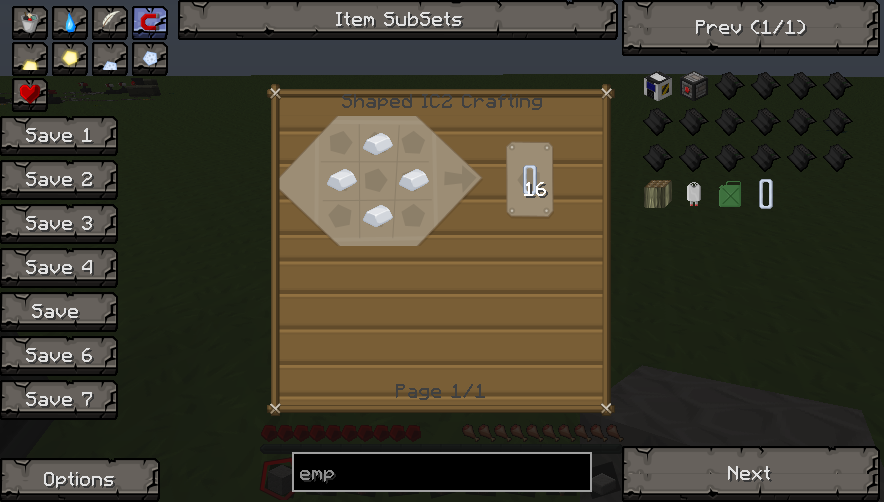 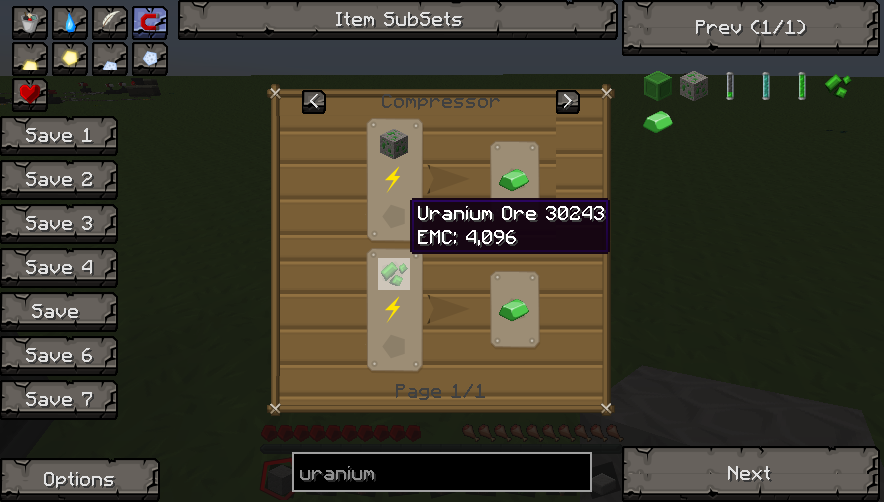 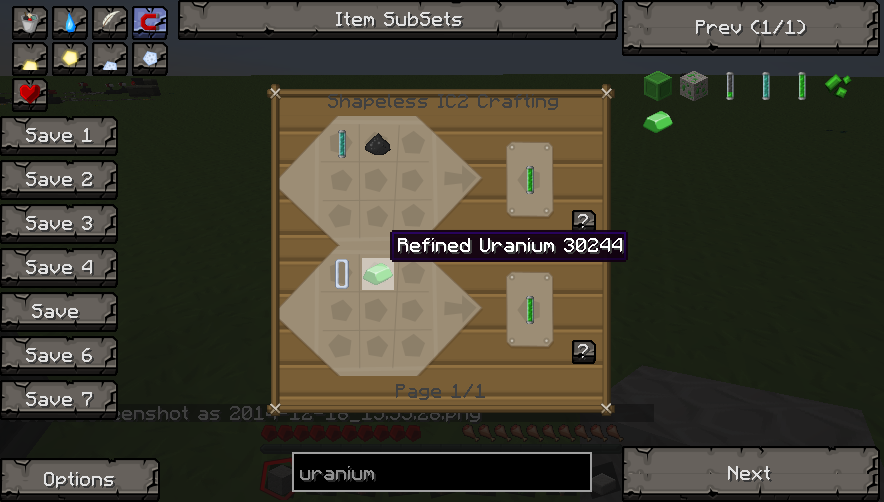 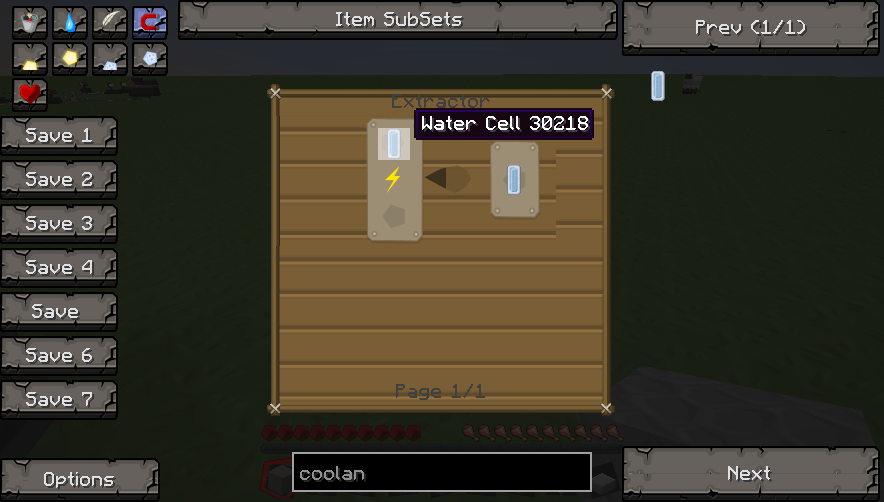 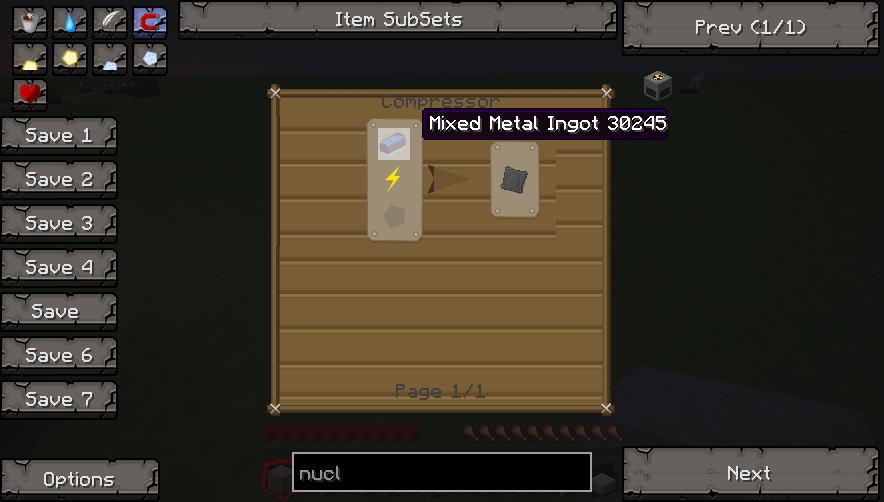 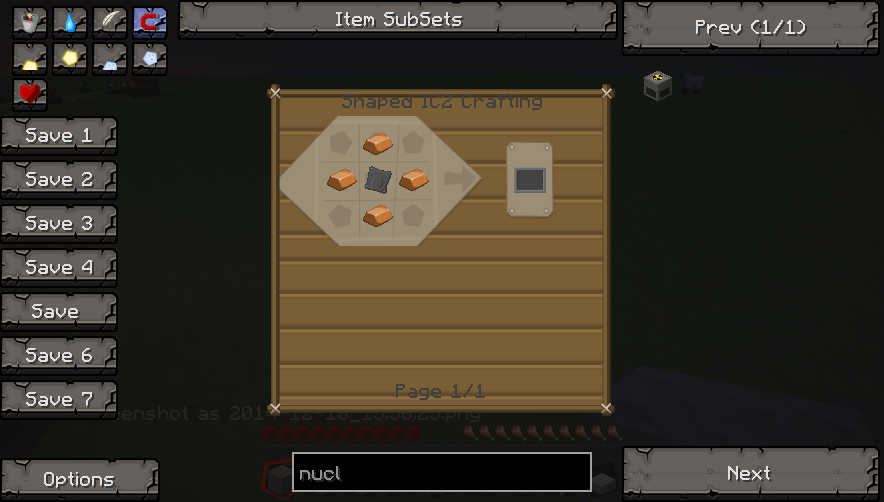 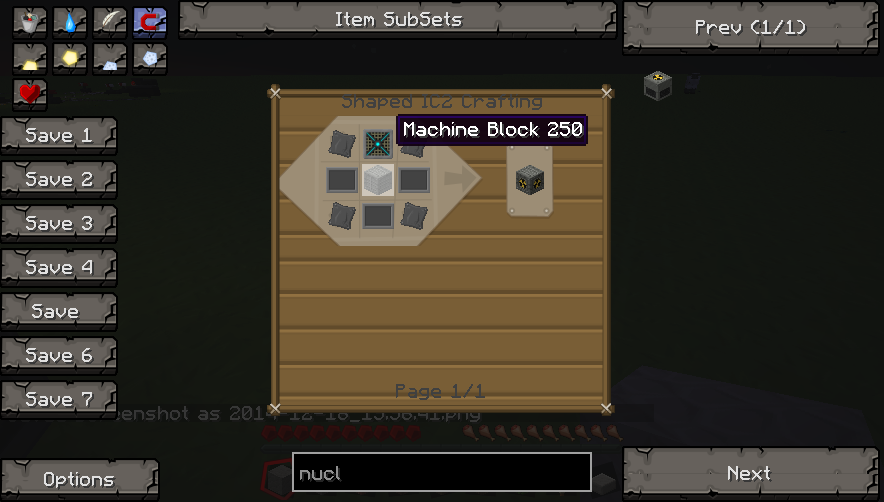 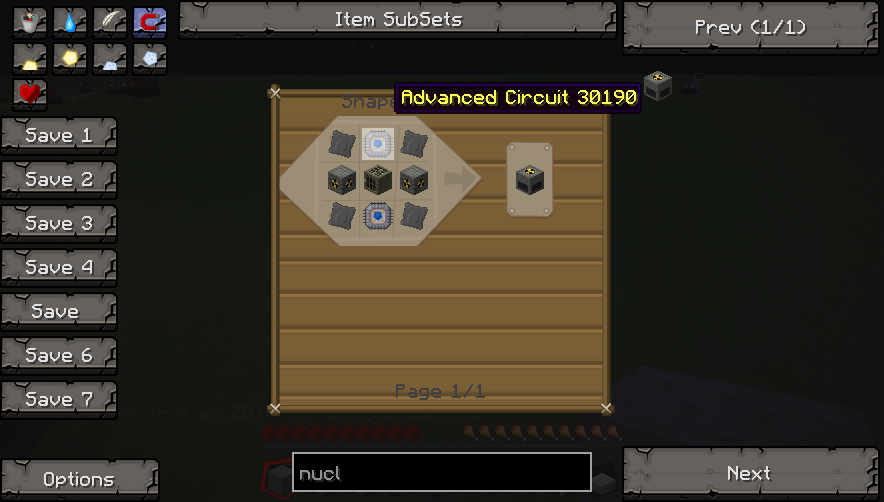 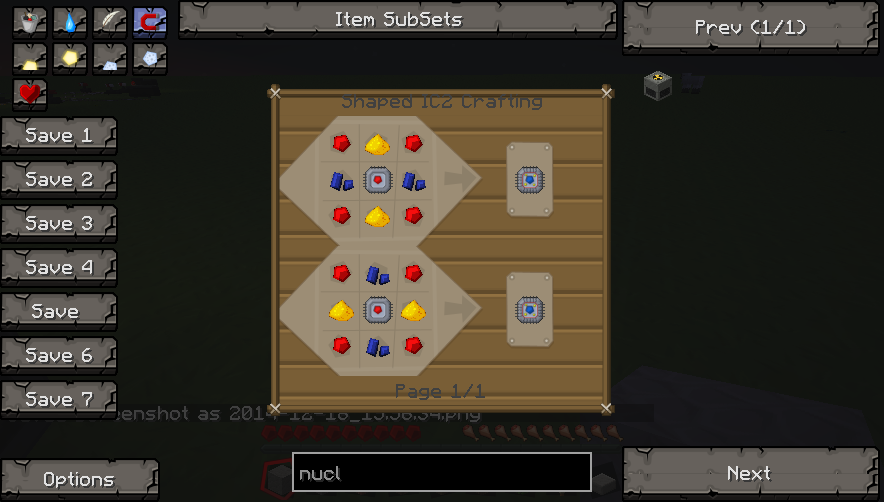 And finally, some screenshots of a system automating the production of coolant cells: 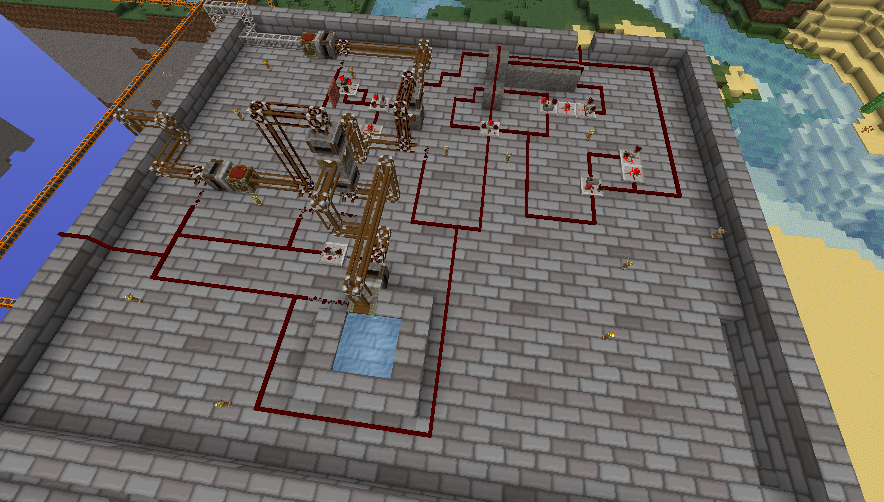 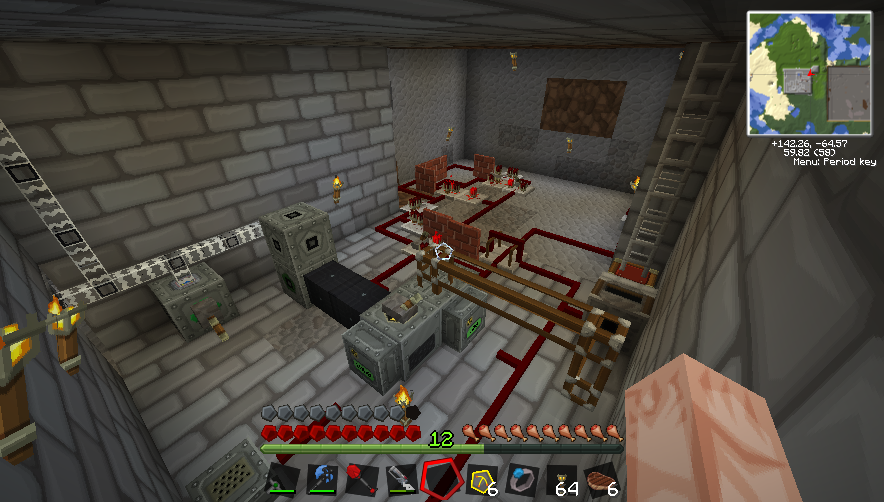 This system will first detect when the reactor overheats. It then immediately shuts off the reactor, and a new coolant cell is put into the reactor from the chest in the corner. In the meantime, on the top of the building, redstone machines are fetching the parts for a new coolant cell; i.e. a cell and a water bucket. It then makes the cell using automatic crafting tables and feeds the water cell into the extractor (which can't be seen in the screenshots). This extractor then pumps the cell into the chest in the corner. During this time, a timer has been timing 10 seconds, after which time the coolant cell has been completed and the reactor restarts. The most complex part is manufacturing new coolant cells. It would be a simple process, were it not for the fact that each recipe produces 16 cells. On the top of the building, a counter is incremented every time a cell is made. After 16 cells have been produced, 4 tin ingots are pumped up from the ingots chest downstairs, ready to be crafted. The counter is then reset.

"Getting started" there are 4 basic energy generators you can use.

By far, the best one to "get started" with is the basic Generator. It only requires coal to run, and if you find a tree, you can start a tree farm, turn the wood into charcoal, and burn that.

The next best option would be the watermills. Sure, they don't provide much power, but they are low cost, and only require a pool of water to run. Setting up a puddle of water shouldn't be too hard. (If I need to instruct you on the building and usage of an infinite water source, we have bigger problems)

Up from that, the windmills provide more power per unit, however, setup and cabling can be a real pain. To be even slightly efficient, They need to be above level 70 (it might be higher, I can't quite remember), and that distance alone is enough for the cable leakage to render the power output next to nothing on anything lower than glass-fibre cables. Plus, as you said, it's hard to get a setup that looks halfway decent.

The last option is by far the best power source you can get. High power, renewable, so no wastage of resources, and you don't need much space to set them up, and they're upgradable (with the right modpacks). However, creation can be highly resource intensive, and can be a pain to try and set up right off the bat, and like you say, do actually require energy to make.

In the very early game, I use sugarcane. Put it into a compressor, then into a canning machine, then into an extractor, and you get biofuel.

Not the answer you're looking for? Browse other questions tagged minecraft-java-edition mods minecraft-feed-the-beast minecraft-industrialcraft minecraft-mods or ask your own question.