Does Terraria for Android need an internet connection to run?

I have big technical problems with buying things over internet, but when I discovered new Terraria version for Android has been released I was really excited. I really like the game and I decided to figure out how to buy it.

As I was reading the comments I begun to have a strong suspicion that the game needs internet to run because it checks for user license. 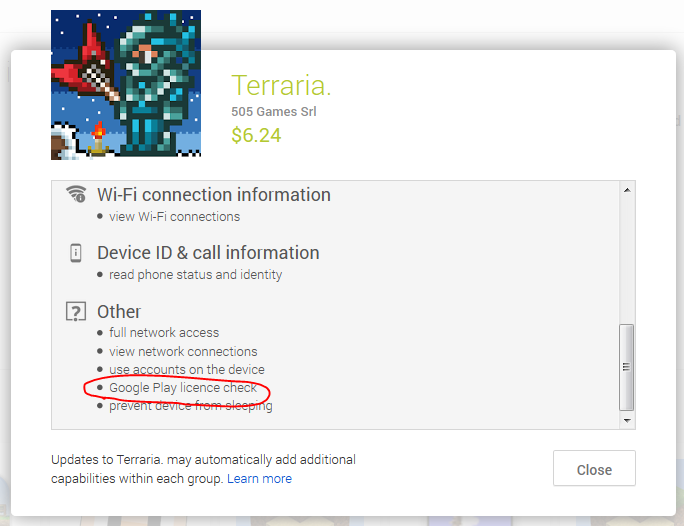 I contacted Terraria's developers through a form on their site, but the request was ignored, so I decided to ask fellow Terraria players here.

Does Terraria Mobile require an internet connection to run?

Terraria 1.1.6292 on my Android runs normally when my phone is in airplane mode.

Not the answer you're looking for? Browse other questions tagged android terraria-mobile .

1
Can I craft Sapphire Staff in Terraria on Android?
3
How to back up Terraria game saves on Android?
2
Terraria Android NPC refuse to talk
1
Moving Terraria between two Android mobile device accounts