I have read that in cs go, the damage that is shown, is the damage that would occur if you have infinite health, such the AWP with 400+ damage. Although I would like someone to explain me how is it possible to deal 418 damage and still die..... (proof in picture) 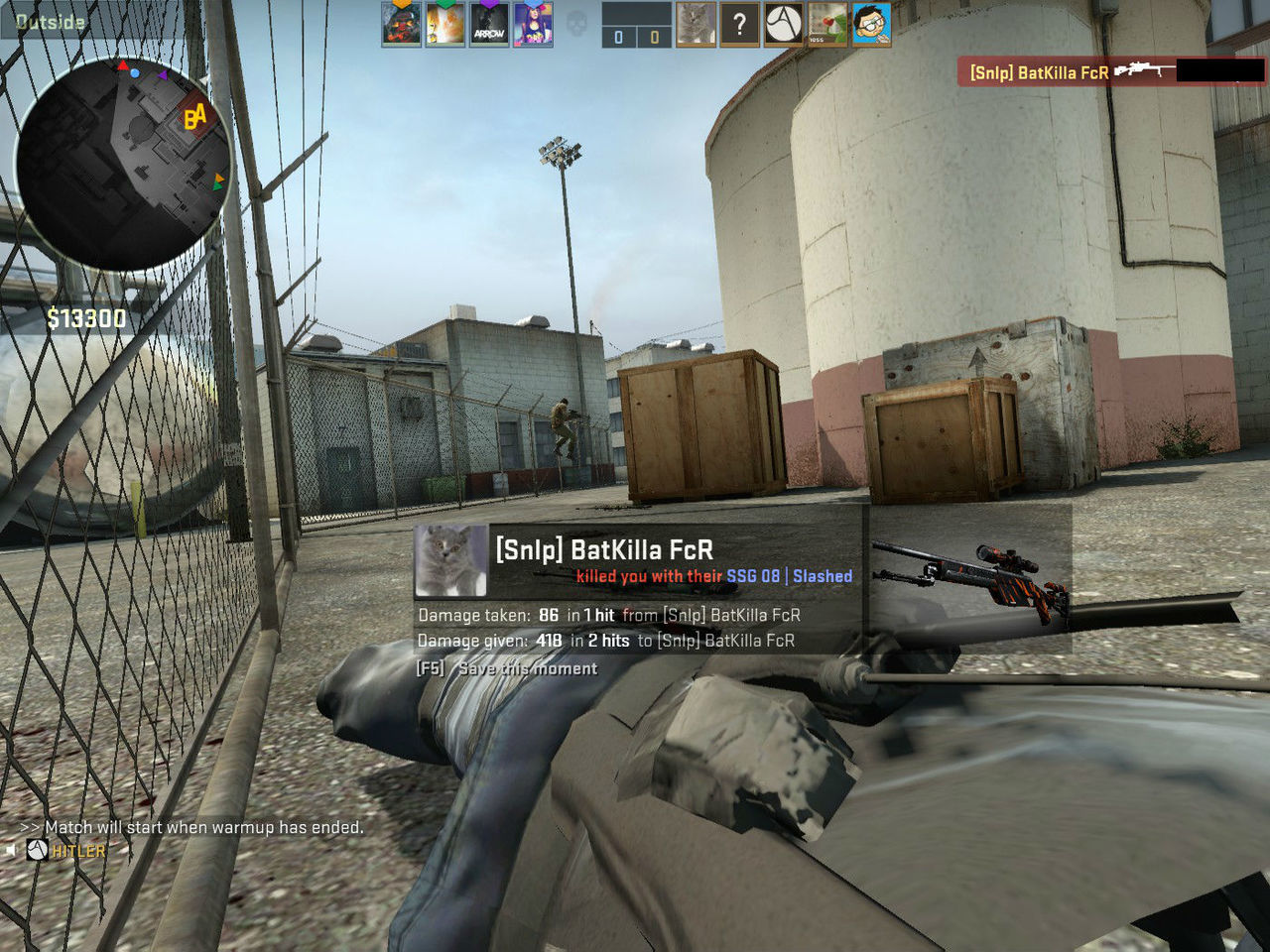 The game only tracks damage from player to player per round. This counter is only reset at the start of each round. Since this happened during the warmup, all of it was counted as the same 'round'.

You killed him, he respawned, and then he killed you.

You killed him, he respawned, you killed him again, then he killed you. I have seen this with people who killed me quite a few times.

Actually, that is the total damage given. Without helmet, a headshot can yield a lot of damage, as seen here. Because armor reduces damage by a percentage based on the weapons armor penetrating ability, weapons that 1-shot you, like the AWP, HAS to produce more damage than your maximum health pool, that be 100 health and 100 armor. Also, damage is added from killer, so if one person shoots you once in the arm for 20 damage, then 200 damage in the head (kill), you'd get 220 damage as the number shown here.

In other words, they were shot, probably not carrying armor, thus causing this number to occur. If they had full armor, the number could've been lower.

Could also be the grand total of damage you gave to this person before you died. Most likely he respawned and got killed multiple times.

Were you by any chance... silver when you posted this question?

To add an answer people haven't really used yet, if the other guy were to throw a grenade and you caught it in your mouth as you were killing him, it could kill you. It didn't even have to be in warmup it could've been in a regular round.

Not the answer you're looking for? Browse other questions tagged counter-strike-global-offensive .

5
How to increase length of whiskers of "standard, static" crosshair?
3
How close can I be to a bomb without getting blown up?
3
How do I drop my knife?
1
How does the spawn protection in Counterstrike Global Offensive work in Competitive Gamemode?
1
Got kick for killing team mate in CS:GO but didn't fire a shot that round
17
Did I get penalized for my opponent hacking?
0
Autoexec and host_writeconfig
0
How can I display team's dealt damage in competitive mode?