Is it possible/reasonable to sneak solo/duo Baron?

Basically is it possible/reasonable to sneak Baron or is it too hard or too long? I have tried to search for an answer and most answers are about the old Baron. Emphasis on the sneak part, I would think of doing this extra early when nobody is thinking about Baron, fully knowing that if you get caught even by one roaming enemy you're gonna die.

I am curious, and know that probably a Baron at such an early stage isn't even worth it, but still; Free global exp and gold. I wonder if in a low ELO atmosphere such as mine it's possible to take advantage of it (warding and counter-warding cautiously of course).

In 99% of the cases, doing Baron while the enemy team is still up is a bad Idea for soloqueue. Especially during earlier stages of the game, Nashor just deals way too much damage and 2 enemy teammembers can potentially kill 5 People who are busy fighting for the buff.

So in general you should absolutely refrain from doing baron early, especially if you want to "sneak" it with a few players.

Now there is still this 1% where it's actually not too bad of an Idea. First of all, if you do this, you should make sure that you are somewhat ahead. Also you want to bring as much sustained damage as possible in order to get the buff. For early duo barons you'll either need Marksmen who build or gain attack speed (Jinx/Vayne) or champions that can force Baron to switch targets (Shaco/Heimerdinger). Also it's extremely helpful to have a tank that deals % target health damage (Amumu/Nasus). Warwick is also very helpful

Conclusion
It is Possible and ok to do in very few situation, however most of the time you can do something else that is a lot safer and just as rewarding so in general: don't do it.

If you see something like this in an LCS game remember that these players are the absolute elite and that they are playing extremely situational.

Ok, so your specific question has for the most part been answered. (It's doable but generally inadvisable).

I'd just like to add that rather than soloing/duoing baron, having your whole team sneak baron can be extremely effective in lower elos – specifically when your team is losing and the opposing team has control of dragon. Generally if you have the timer on dragon but the enemy team has control/will flat out win in a fight, you can rush baron down once the enemy team heads toward their "free" dragon. In Bronze/Silver I've found that teams focusing on early dragon control almost never even have baron warded.

Mind you, messing this up can be catastrophic. This is more of a hail mary play than a good general strategy. But I've turned many "sure losses" into victories by convincing teammates who have all but given up to just try this one last play.

I would have to say it depends on which champions you are using for example full build master yi can solo baron pair him with a very tanky champ like thresh or bard (picked these two because of their kits) and you can potentially sneak it. When you can do it is situational. How far ahead if you team how far ahead is the enemy team where is the enemy team have they warded do they refresh the ward do they have teleport or some global ultimate etc. Their a lot of variables to consider but its not impossible to do, it takes far too much time and usually will throw the game if they wise up. Regardless its very situational

You can do it mid to late game. Earliest at 20 min.

Typically to solo him you basically need near full build. However there are numerous cheese tactics with different champions that work. Ex: Heimerdinger (video) 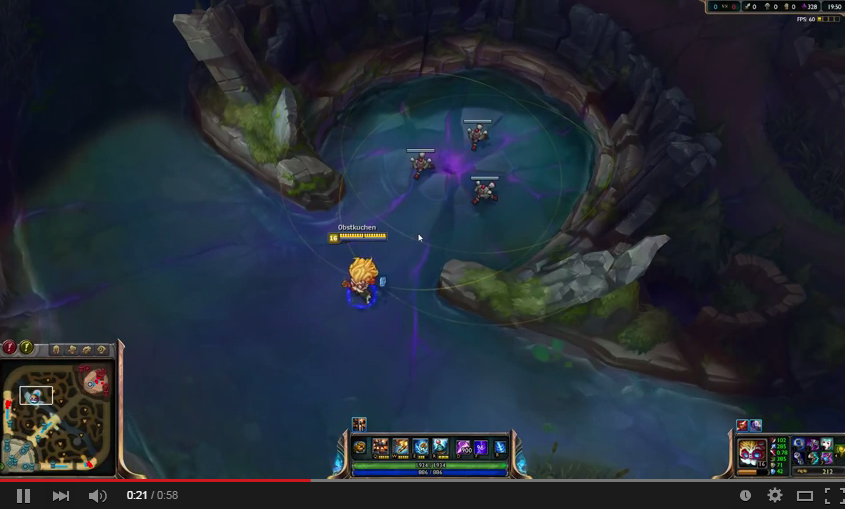 Clearly some champions are better suited for this then others. It is way easier to duo Baron and can be done with about any tank/sustain + dps combo.

1
When should I baron?
3
Is killing Baron worth losing a turret?
3
Which champion is best for solo-ing baron at 15 minute mark? If that's not possible then which two champions together will be able to?
3
Is Baron really game changing?
4
Ranked duo queue elo gain/loss?
5
Is it possible to solo Baron Nashor?
2
When is the earliest Nunu can solo Dragon or duo Baron?
1
Are win-lose numbers the total wins of solo/duo and team ranked games combined?
4
Does Rift Herald change Baron?
1
Rift Herald and Baron