Where do I find Odrin?

In Chapter 2 of The Witcher 2, I've been tasked with finding a drunk man named Odrin by a few other drunk people. Normally this wouldn't be very high on my priority list, only, well...

They won't shut up about him.

Everywhere I go around camp and everything I do, be it fighting in a tournament, arm-wrestling the mercs for cash or discussing difficult politics with political people, I hear them shouting his name. It's really ruining the mood.

But seriously, where is he?

You will find him at the Pontar riverbank (7). 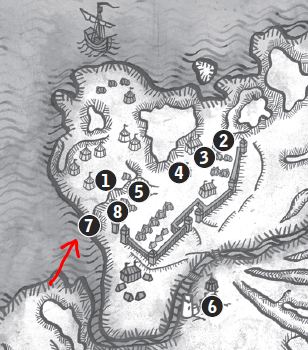 10
Where can I find Altair?
14
Where did Malena run off to?
13
Where is Cedric during the quest “Where is Triss Merigold” in The Witcher 2?
9
Where do I find a formula for the Necrophage Oil in Flotsam?
8
Where is the kingslayer's hideout?
8
How do I find Queen Endregas?
2
Where is the Contract Board in Vergen?
5
Where are Harpy's Nests located?
7
Where do I find a Dwarven Armor Fragment?