Is there a limit to the amount of GMP you can have at any one time?

As per the title, is there a cap on GMP (money)? If so, what is the limit?

I am on just over 4 million at the minute and don't really like spending money if I don't need to, but if there is a limit I might just buy random stuff if I start getting close to it.

There are two different limits, offline and online. When the game was initially released, only the offline gmp/resources were available. But further patches enabled online modes.

I've maxed out and can't gain anymore GMP (and also can't spend any of it due to research duration/limits). 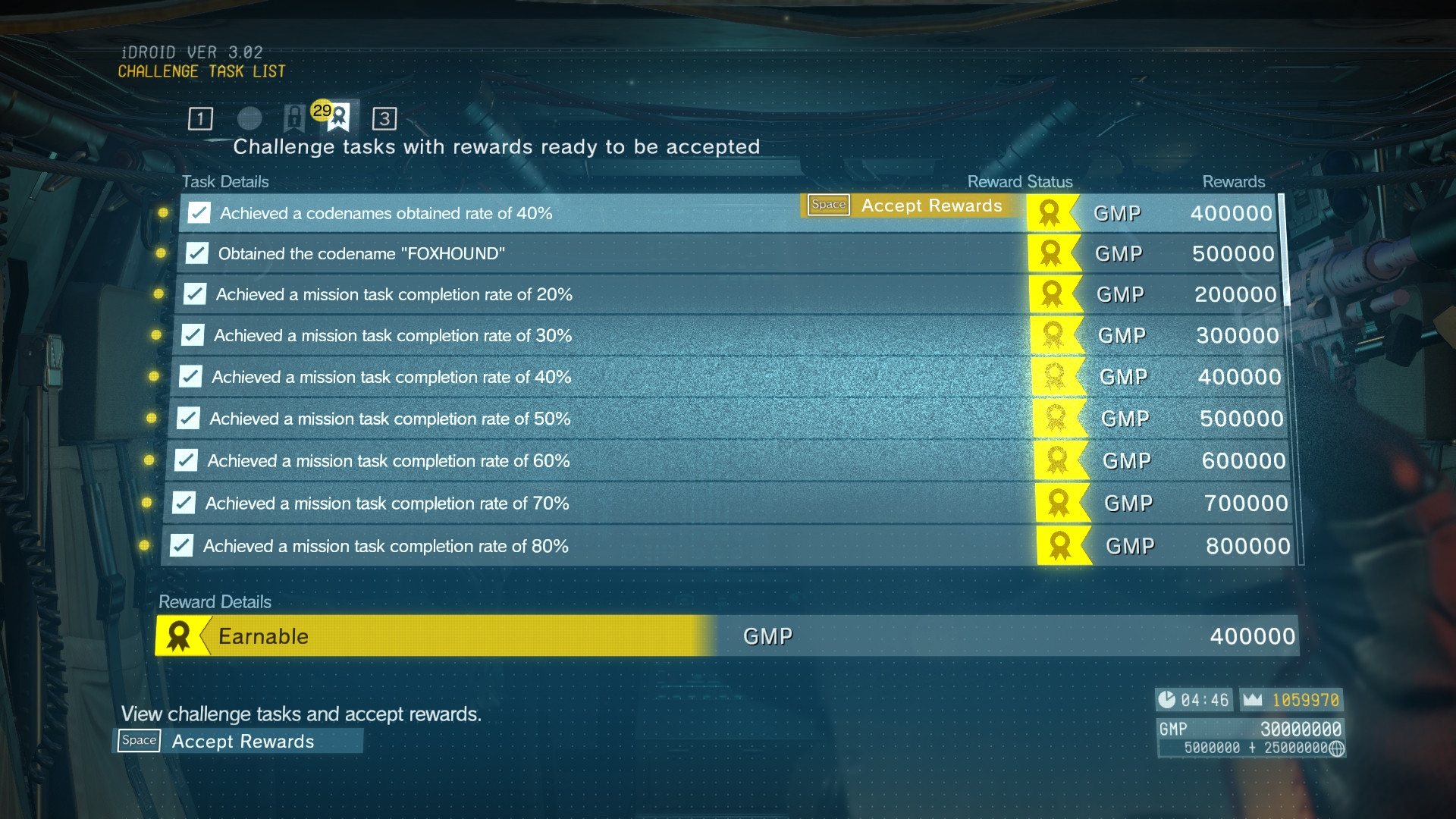 I noticed I had exactly that amount and then when I went to accept some GMP as part of a completed combat deployment mission, the following message was displayed:

Unable to accept all rewards. You have reached your maximum item capacity.

Yes I know it says "item" but after closing that dialog, there are two unclaimed rewards still listed, both of which are GMP.

It seems quite a low limit as I now have 440,000 in rewards waiting to collect. Would be interesting to know if those rewards will expire or if I can keep them there until I need the money. Though I think I will just spend some cash and claim them to be safe

8
Do prisoners have to be extracted in one go for The Phantom Pain?
10
Do you have to do the [EXTREME] missions?
6
What CQC moves can you do in Metal Gear Solid V: The Phantom Pain?
9
Is there any way to deal with helicopter gunships other than shooting them out of the sky?
1
Are there any cheats in single-player MGS V allowing you to unlock weapons or level up your Mother Base teams?