Lightning vs healing vs rage spell for all dragon attack

I'm at T.H. 7. In war I use an all dragon attack. I usually don't get 100% when attacking T.H. 8 and was wondering what I can do to change that? In particular I was wondering about the spell use. I often drop 3 lightening spells on an air defense but sometimes maybe something can be done better? For example in the picture bellow would it be a good idea to use range when the dragons get close to all the air defense since they're close together, and rage works best to get through small tough areas? 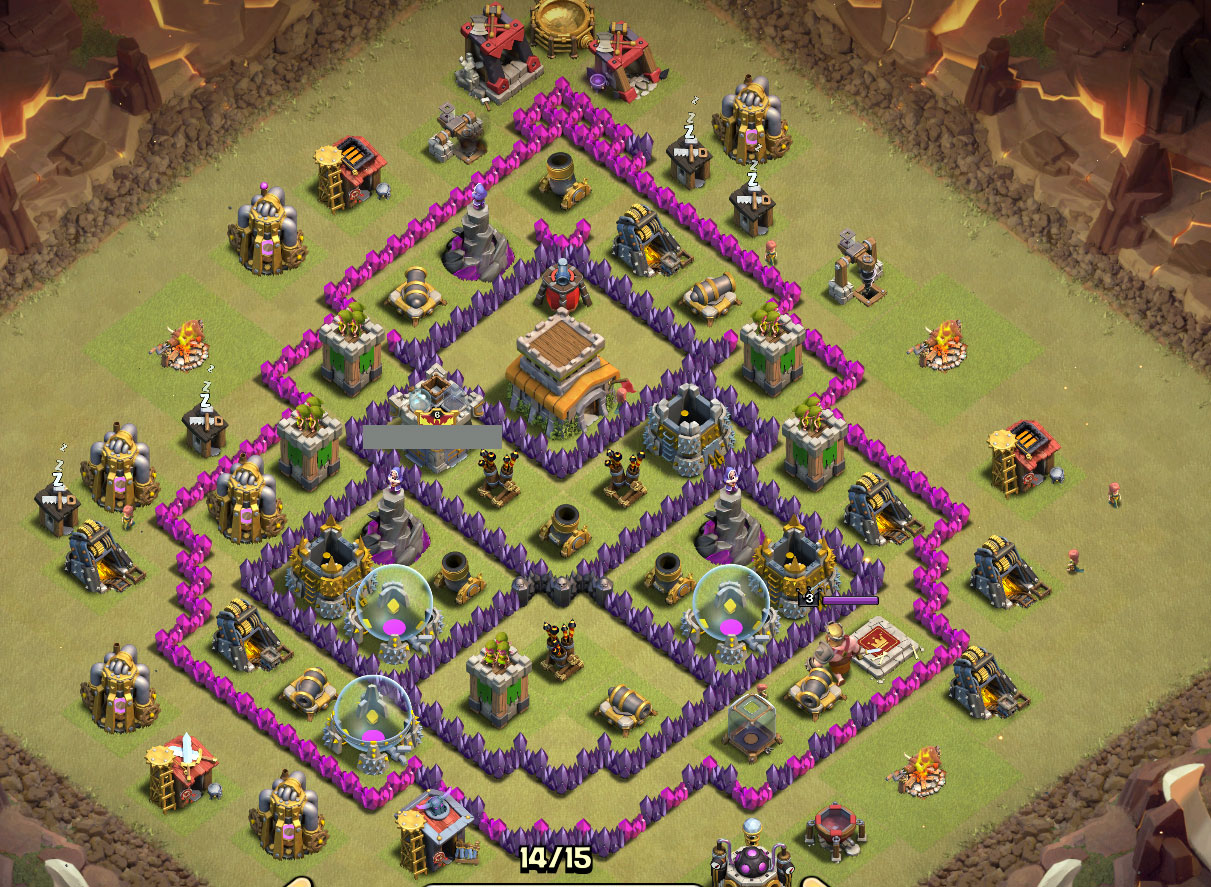 With air defenses that close to each other, it is best to storm in with dragons with rage spells. With the clan castle there, two rage spells can be placed for the dragons to quickly take out the air defenses and clan castle troops when attacking from the south of the base. Even with the air sweeper there, the speed boost could help with the recovery and help the dragons attack faster.

Use all your lights on the air defences and then swarm with balloons/dragons/minions/lava hounds and bring a rage if you need to - I'm th7 but if you are higher level, I recommend lava hounds.

The base in the example is highly unlikely to be 3 starred in an all dragon attack by a th 7. It is certainly doable but not a gimme for attack by a th 8. I prefer to use lightnings as my drag attack spells to kill an ad (or 2 ads eventually). There are times though if the ads are close enough to the edges that rages can work well. I do not like healing spells for dragons.

Two leveled lightnings and a Quake can takeout an anti-air building. If you bring a Quake in the CC spell slot, you can take out 2 anti-air in the base with all 4 of your spells being lightning.

With clever use of your, queen, king and hogs in the CC donation, you can likely take out a third anti-air, leaving only one to pester your dragons.

2
Wall Breakers - Rage Spell
2
What do goblins attack when all resources are down?
4
What are the most effective attack compositions to focus on general?
1
How many times can I upgrade my lightning spell?
3
Luring CC troops out with dragon attack i.e. only have 200 housing space for troops
2
Do lightning spell damage bombs?
2
Does healing spell work on dragons
0
Rage spell on healers?
2
One lightning spell on two buildings
3
Lava hound attack strategy for farming resources