How do I backstab someone?

In Fallout 4, there is a stat which counts the number of backstabs performed (at the bottom of the screen below). What is a backstab and how do I perform one ? 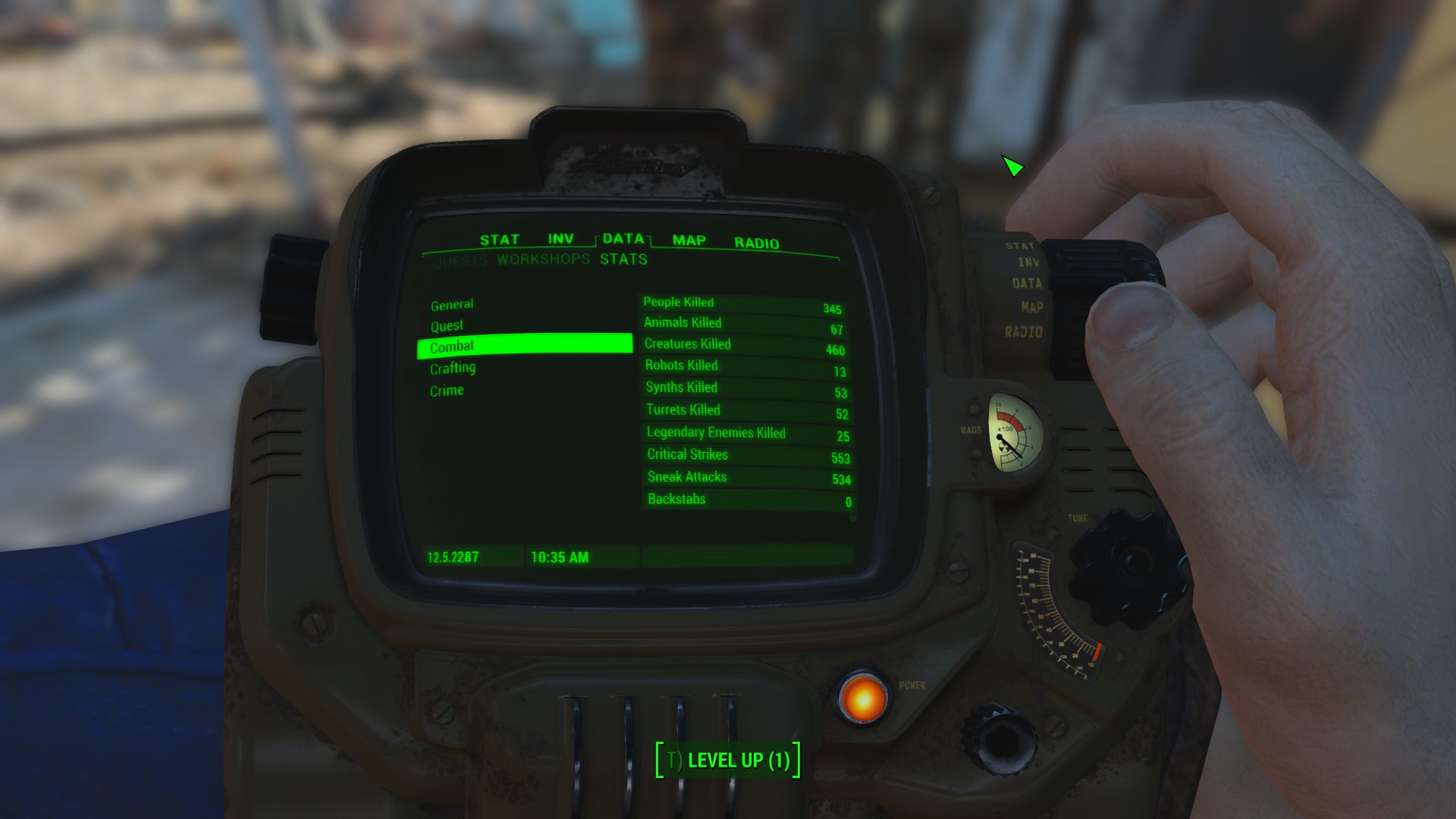 I suppose it has to do with melee attacks and sneak, but I never found how to backstab someone...

A backstab in Fallout 4 is simply a sneak attack using a melee weapon. It doesn't have to be done from the back, though it's much more difficult to pull off from the front.

Backstabbing can be done on any character, including your companions, or robots and synths (tested on Codsworth and Valentine).

When you go behind someone, you can power attack them which will sometimes go into a little animation of you killing them. Example: If you have a sword or a knife you will thrust into their neck. I'm not sure how to get it every time, but you usually have to be directly behind them, like in Dark Souls 3

0
How do I get the backstab animation?

11
Do sneak attacks stack with crits?
23
What is the benefit of using V.A.T.S.?
3
What stats are affected by leveling up?
6
How do damage multipliers stack?
2
How do I complete the Taking Independence quest?
3
How is the location of “Mercer Safehouse” determined?
2
How do you assign the radio transmitter in the “Castle”
5
Who are the names on the lunchboxes?
6
How to make totally self-sufficient Fallout 4 settlements without fast travel
1
What are all the experience bonuses available?