So I'm working on a system for smooth granite to be "push-able" after the player obtains an item (for a Zelda-style adventure map). I put together the following command system, all of which are in a repeating command block, and it worked perfectly:

THEN, I removed the redstone blocks next to the commands (with the intent of having them placed back once the player obtained the specified item to active the system), but when I put them back (exactly as they were before) nothing worked. Now the output for the second command simply reads "Failed to execute 'detect' as hamsterhuey17."

Any idea what the heck is wrong with it, and how to fix before I tear my hair out?

I put together the following command system, all of which are in a repeating command block

This does not guarantee activation order. You should be using Chain command blocks to clearly define the order in which command blocks are activated. In the following image, the Repeating block is activated first and then follows the arrows in the Chain blocks:

The Chain blocks must be set to "Always Active", and you can stop the clock by stopping just the Repeating block. You can do this either with physical redstone or using /blockdata to shut the clock off:

There is a specific order in which the redstone blocks are placed via the /fill command, as well as the order in which redstone mechanisms are activated around that block. In this guide, the following image describes that order: 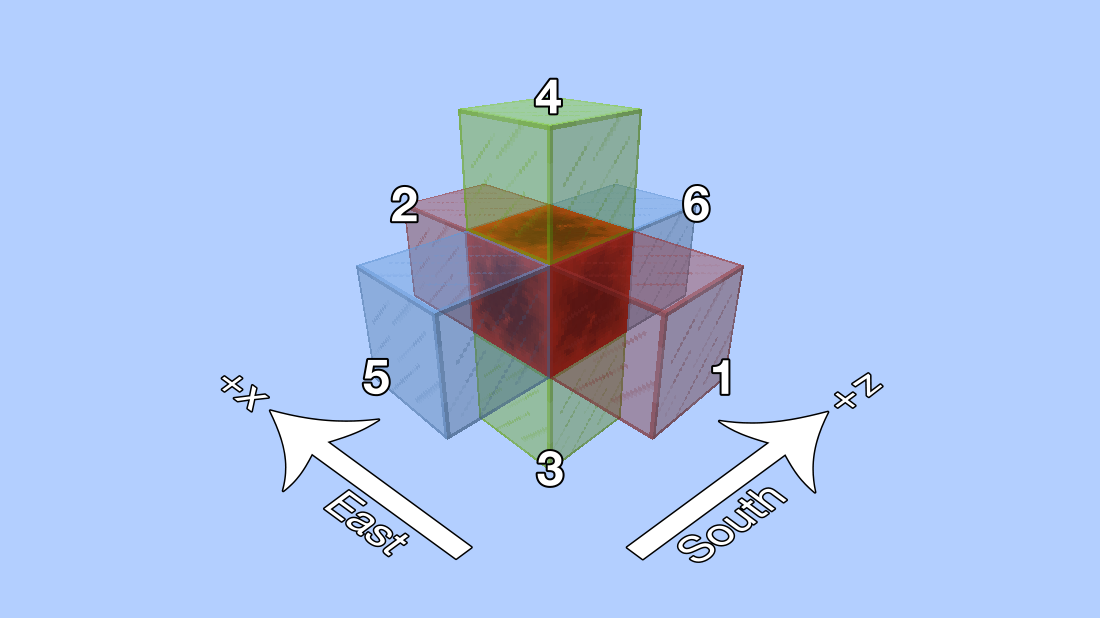 You should no longer be relying on this type of activation and instead use Chain blocks. Block update order and /fill order is not guaranteed to remain the same.

6
Minecraft execute detect command not working
4
Ignore data value for execute … detect
4
How to use an execute command to test for an item/s in a chest?
0
Failed to execute fill command on player
0
Minecraft block detection for a specific block
3
Minecraft - execute command testing logic (lightning Sword)
2
“execute” command not working in command block?
0
How to detect minecraft item (any fern) in correct item frame and in correct rotation (1.13)