Which heroes can make this jump in Numbani?

I was wondering if it is possible to flank around this building on Numbani behind Point A. I marked the path in green in the following picture. 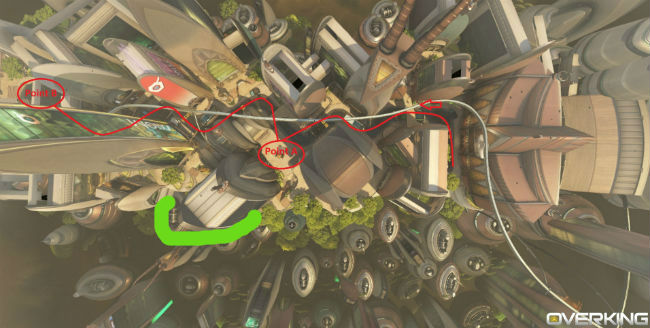 I was thinking that maybe Pharah could fly around it, but can anyone actually make it around the building? If so, it seems like it would be a helpful flank as people would not expect you to come around that side. For reference, here's a screenshot from the area behind Point A. 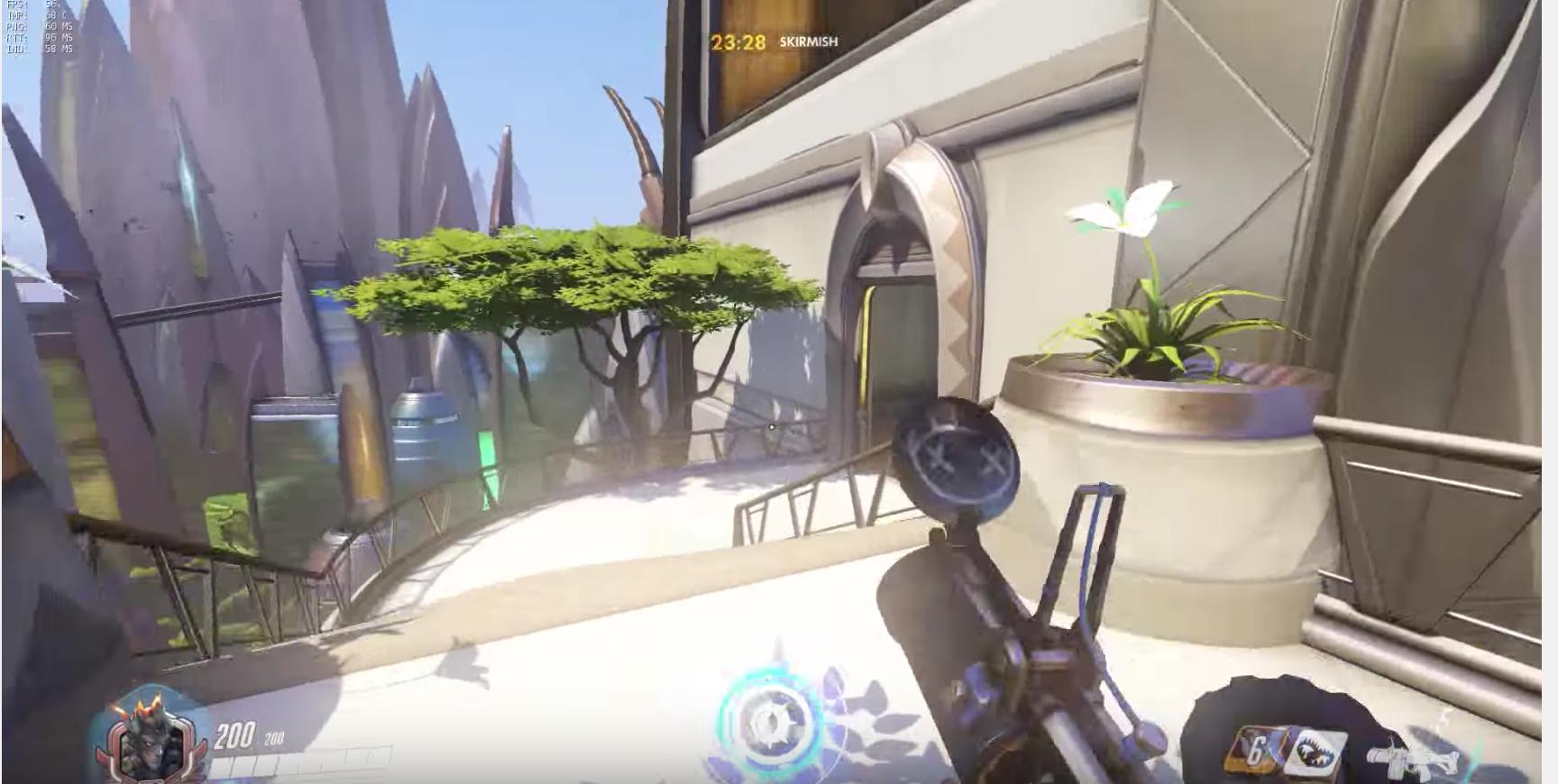 A successful jump would land you near the golden statue on the other side of the building.

So I got a bit of time and tested this. The heroes you can do this with are

I was not able to do this with Winston, Widowmaker, or Junkrat.

Winston can make this route if you trigger his ultimate at half way:

17
What can heroes be commended for?
43
Which heroes can clear this jump on Volskaya Industries?
7
What are the "weights" of the different Heroes in Overwatch, and which abilities are impacted by this attribute?
16
Which heroes can escape Zarya's ult?
12
Which hero gets a "Game Won" in the statistics if I switch heroes mid-game?
14
Which heroes interact with Bastion?
10
Can you jump over a Junkrat trap?
9
Does Sigma Jump Higher than Other Heroes?