Does anyone know what these items are? 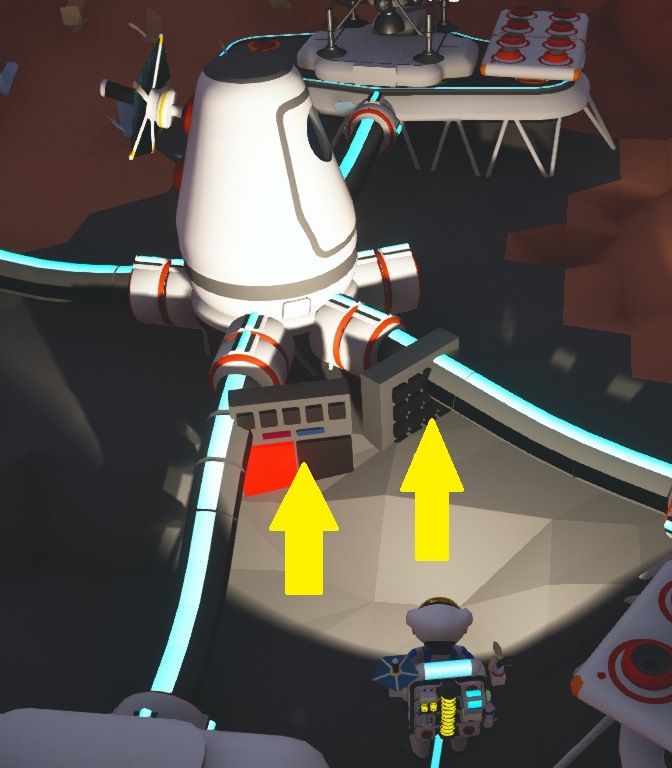 They appeared after playing for about an hour and they seem to be entirely inert as far as my character is concerned. They are physically solid (can't walk through them) and light reflects from them.

I thought it might be a satellite underneath the base but digging down reveals just dirt and no crashed satellites.

The red and blue lights on there are animated and blink every few seconds.

They do not seem to affect the operation of my base so I'm not too annoyed but I'd love to know what they are. I presume this is a bug in the Pre-Alpha.

It looks a bit like concert grade sound equipment but I could not persuade them to emit any Pink Floyd no matter how hard I tried.

EDIT: This has now happened in a second game session. This time it's two of the kind shown on the right in the picture. They are in the same place as before (they seem concentric to the habitat module).

Those are controls for an easter egg minigame: https://forum.systemera.net/topic/2715-satellite-mini-game/

Not the answer you're looking for? Browse other questions tagged astroneer .

4
Is it possible to rotate an object?