Which buffs affect the -blade tomes?

I've got a Flier Emblem team set up with Spring Camilla at the head, wielding the mighty Gronnblade+, which adds all buffs as raw damage when calculating her attack power. As in all Flier Emblem teams, I've also got a Flier (Caeda) with Fortify Fliers and a Flier (Hinoka) with Hone Fliers. Lastly, I've got either Cordelia or Cherche with Goad Fliers, but since the Arena currently has Summer Robin as a bonus unit, I've replaced the last position in my roster with her, who has Hone Spd 3.

However, when doing Arena challenges, I noticed something. Not all of the buffs were being added to Spring Camilla's damage. This didn't usually matter, as she tends to reach 70-85 damage on a single hit, but Summer Robin's Hone Spd 3 didn't seem to add anything to Spring Camilla's attack. The buffs from Fortify/Hone Fliers definitely added onto her attack, though.

Which buffs affect the -blade (Gronnblade, Blarblade, Rauorblade) tomes? I assume the buff from skills like Fury or Life & Death that passively affect stats do not affect the damage, while the Hone/Fortify/Ward skills that add buffs at the beginning of each turn do. What about the Hone skills that only add buffs for adjacent or nearby allies during combat?

I determined the source of my confusion. While the Spur skills affect your stats in combat, they will not buff the damage of the "-blade" tomes.

To illustrate this, I compared the battle outcome of my fully buffed Spring Camilla (+6 all stats) against the same enemy, both next to and not next to my Summer Robin with Spur Spd 3. 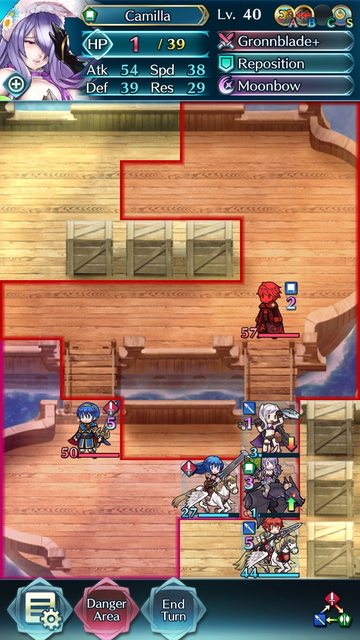 Now, while not next to Summer Robin, Spring Camilla does 38 damage. 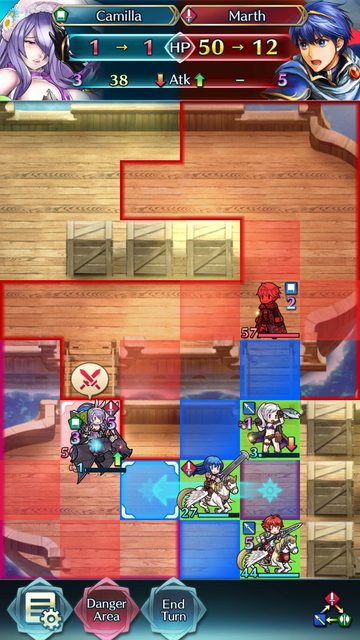 However, when adjacent to Summer Robin, she still does 38 damage, but now she doubles Marth. This indicates that the additional SPD from Summer Robin's Spur SPD, however, it is not added as raw damage like the +6 on her stats. 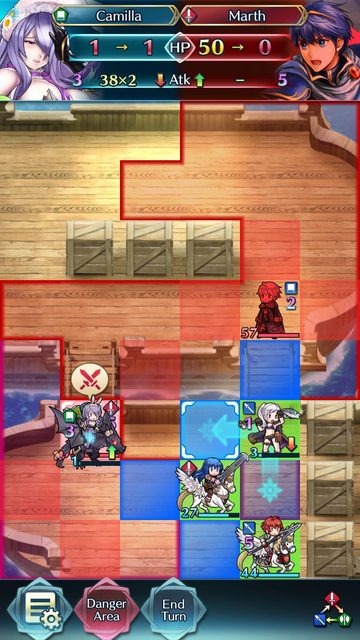 As for which buffs affect these tomes, the buffs that show up in blue on a unit's stats (and are explicitly listed as buffs) are added as raw damage. Passive buffs from skills like Life or Death or Fury are not counted, neither are the buffs from Spur/Goad skills, though they are taken into account.

This means that Goad Fliers (+4 Atk/Spd to friendly fliers within 2 spaces during combat) will add 4 damage (due to the attack stat being boosted), rather than the 12 it would if the buffs were counted as raw damage (+4 for both ATK and SPD, then the additional 4 from the attack stat itself being boosted)

3
Are all the characters from the previous Fire Emblem games available?
3
How can I change the heroes on my team?
15
Does a hero lose the experience if he/she dies?
5
Do IVs affect heroes' maximum stats?
6
How does the arena score work?
1
Which Hector will be most effective with a Distant Counter/Vantage build?
1
What are the benefits of merging a unit?
1
Does the pity timer build up across different summoning banners?
2
Why are all the enemies in the Arena unarmed?