How do I design a combinator circuit to keep track of a train's contents, even when not at the train stop?

I'm trying to design a combinator circuit that will output a signal with the train's content while a train is at the train stop (i.e. the same signal as the train stop's "Read train contents" mode), but when the train leaves, it should hold the signal at the content of the last train until the next train arrives. 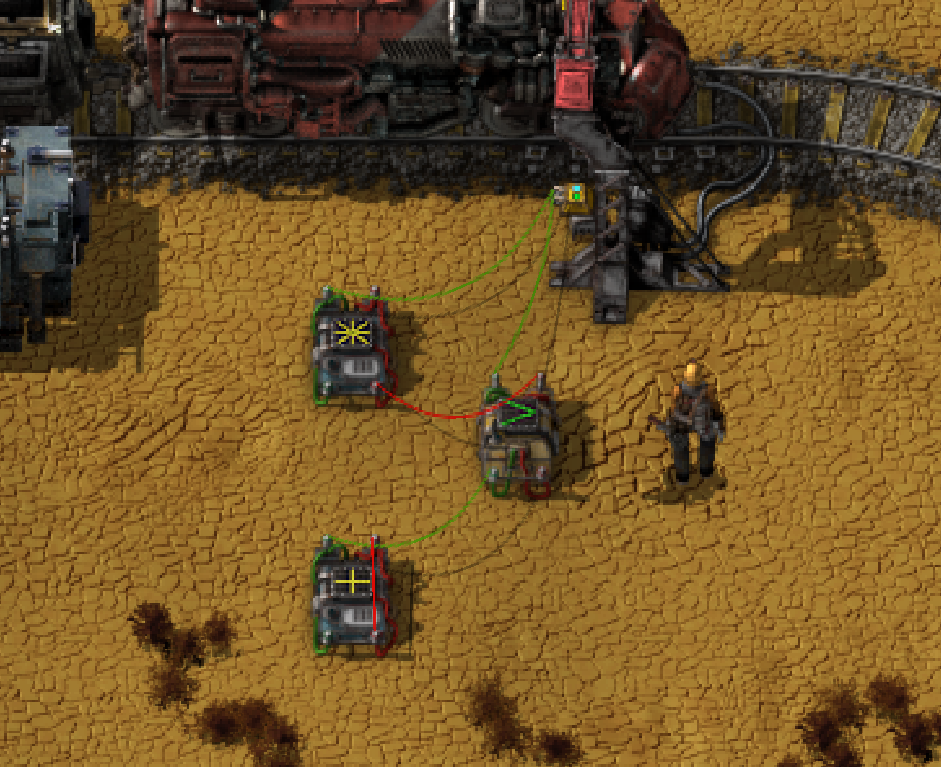 The first arithmetic combinator is set to Each * -1 -> Each, which is added to the signal from the train stop on the next tick to give the changes between each tick as a "delta-signal".

The decider combinator is set to T >= 0 -> Everything so that this "delta-signal" is ignored on the tick when the train leaves the station. (T > 0 indicates that a train is at the station, so "delta-T" will pulse negative as the train is leaving)

Finally, this is fed into a simple accumulating Each + 0 -> Each arithmetic combinator which also feeds into itself, acting as the memory cell of the system.

The result of this is that the memory cell updates continuously if I add or remove items from the train while it's at the station, and it correctly remembers the content as the train leaves.

However, I haven't been able to figure out how to reset it properly when the next train arrives, so currently, each train that arrives at the station adds to the current count rather than overwriting it.

I essentially need to ensure that on the tick when the train arrives, the current content of the memory cell is subtracted from the "delta signal", but I keep struggling to get the timing right while at the same time preventing the value of T from the memory cell (which I otherwise don't care about) from interfering without using a ton of combinators.

I've managed to come up with a solution that seems to work without needing too many combinators. 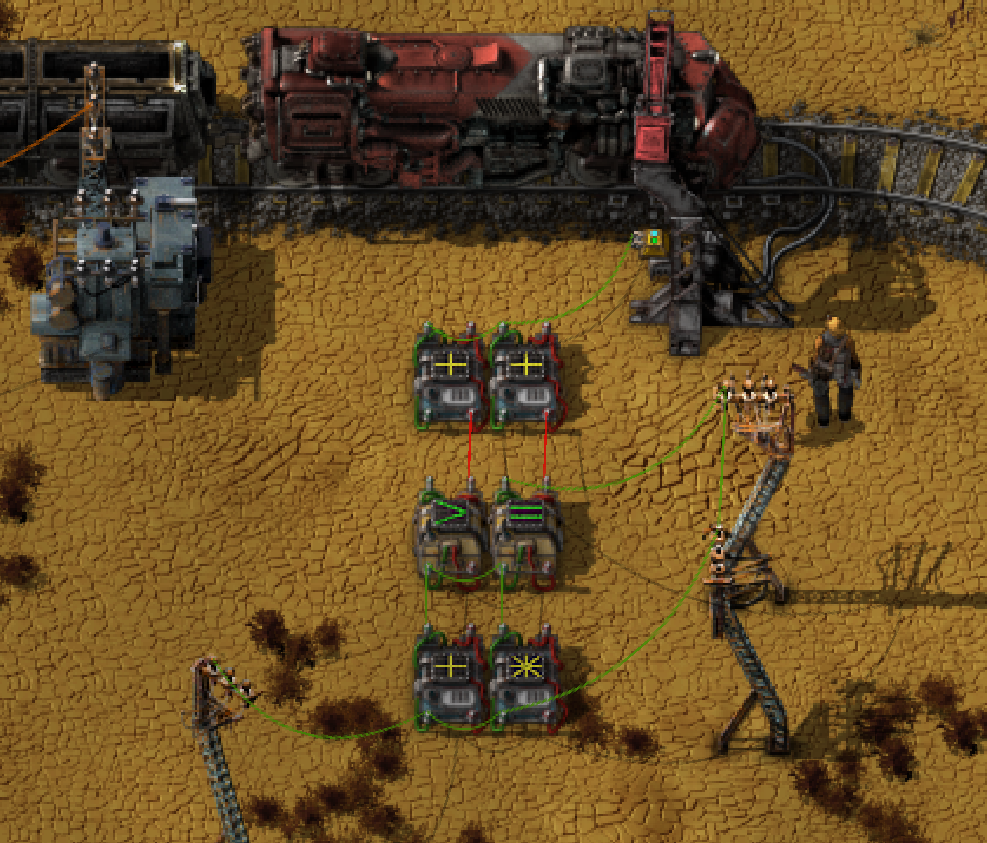 All combinators are oriented with input at the top, output at the bottom.

From left to right, the top two arithmetic combinators are set to Each + 0 -> Each and T + 0 -> T. This isolates the T signal on the right, and the left one is just there as a delay to keep the data + enable signal in sync with the isolated enable signal.

The bottom row filters out the T signal using an arithmetic combinator T * -1 -> T together with another delay Each + 0 -> Each, and this filtered signal is fed back into the rightmost decider on the middle row. This prevents the feedback value of T from interfering with the enable logic on the middle row.

I would have liked to avoid the delay combinators, and I'm still not 100% sure the two-cycle feedback loop will perform correctly in all cases, but this seems to be good enough for now.

7
Why aren't trains using all the available stops?
5
Factorio: How to play programmable speaker when train stopped?
3
How can I locate my disabled train stop among many stops with the same name?