How do I destroy structurally weak areas above my head?

I know how to break through plywood off the ground but how do I get through the structural weakness when it's above my head/on the ceiling? Any attempt to use the Explosive Gel while pointing the camera upwards results in Batman just looking at the gel quizically. I know it's destructible because it has the symbol when I look at it in Detective Mode.

There are two areas I've found this in, both in Wonder City.

The first is in the first area of the Collapsed Streets, north of the Subway Terminal exit. It's not too far before you get to the Wonder Tower Foundations. It's hard to see in their photo, but there's an orange... something, a hackable panel or somesuch through there. 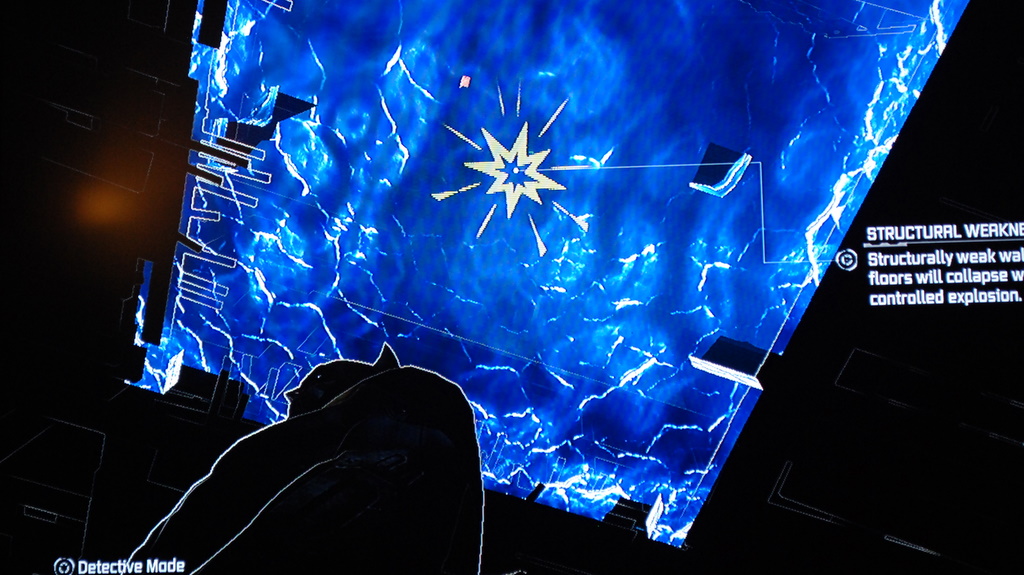 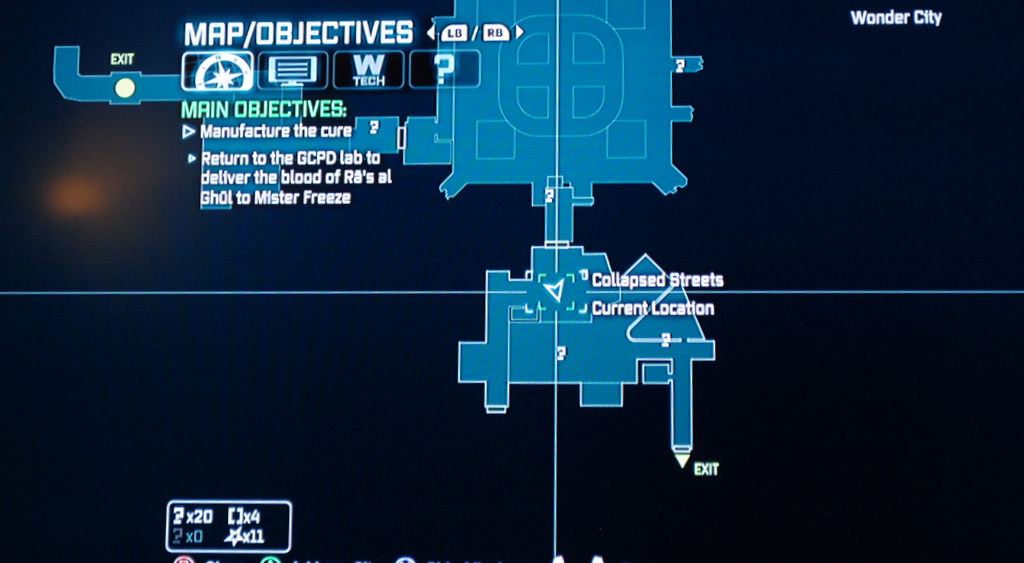 The second is in the western Collapsed Streets section just after you go through the door. There's a structurally weak area above your head, through which you can see a switch for a Riddler trophy. 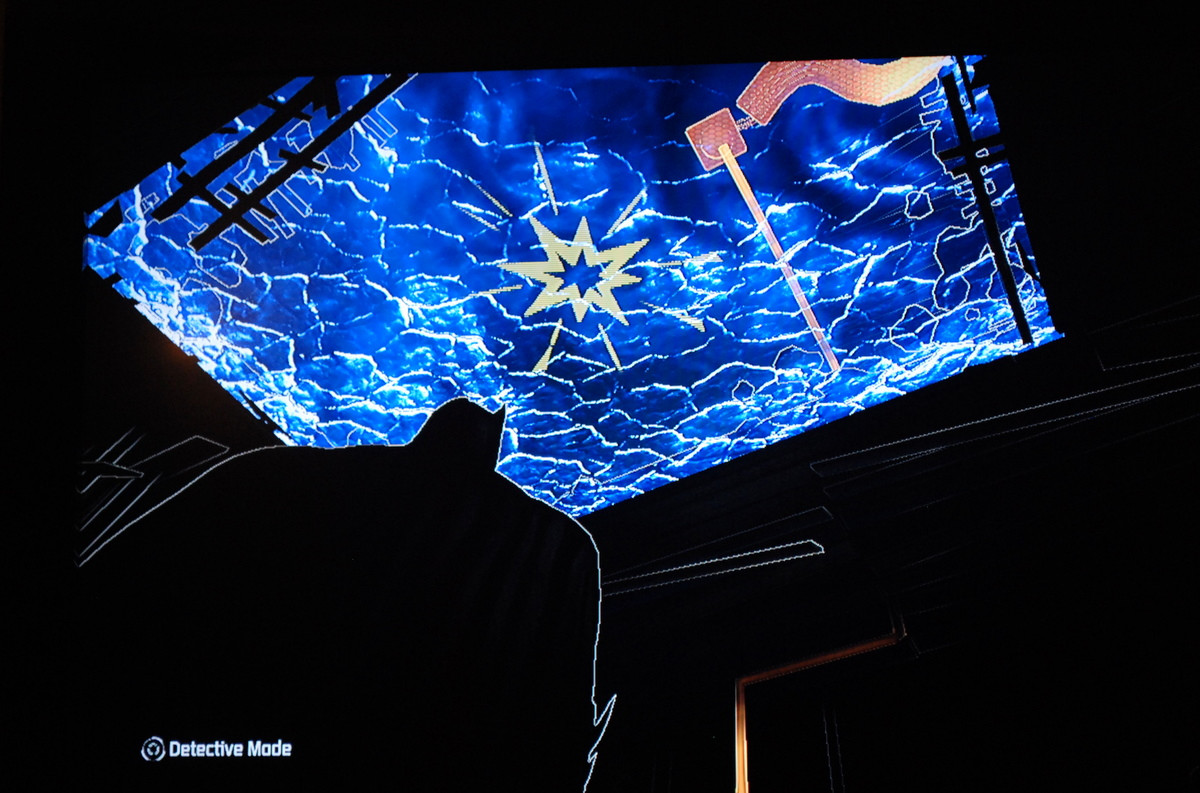 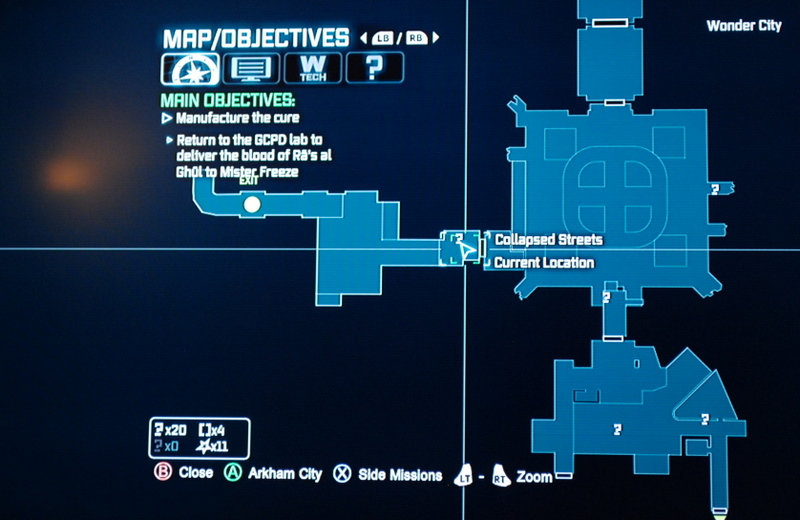 Is there some other upgrade I need to use aside from the Explosive Gel?

You can't use explosive gel above your head unless you're able to climb up really close. In both of these cases, you need to get on top of the structural weakness. Careful exploration of the room in your first shot will reveal a way up; your second example will be in your way as you're heading for Hugo Strange. Don't worry about it until then.

You use the grapple boost. From the other side of the water jump and fly towards to structulral weakness ceiling then hit grapple, press x, then hold x to grapple boost through the ceiling.

You get on the top side of it later in the game. Then you can use the gel.

Actually you can get that any time, there is a way to get above it, at 5:35 of this video.

Not the answer you're looking for? Browse other questions tagged batman-arkham-city .

13
How can I break plywood off of the ground?
5
How do I get the elevator in the Wonder Tower Foundations to work?
2
How do I get the Riddler trophy above the wooden panelling in the collapsed streets?