Distance that a broken block can be collected by you

I've been working on one of those "motion control traps" searching for more ways to put them to use. I'm kind of confused now, however. Walking at the same level lets me collect it, but not above or below. I can't seem to understand how far and where I have to be to collect it. Any exact details? The Minecraft Wiki didn't seem to contain anything about it. 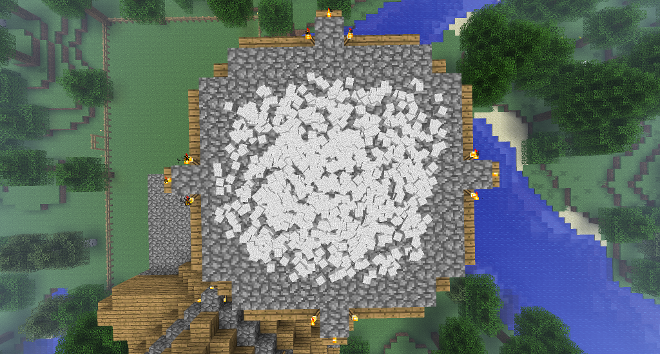 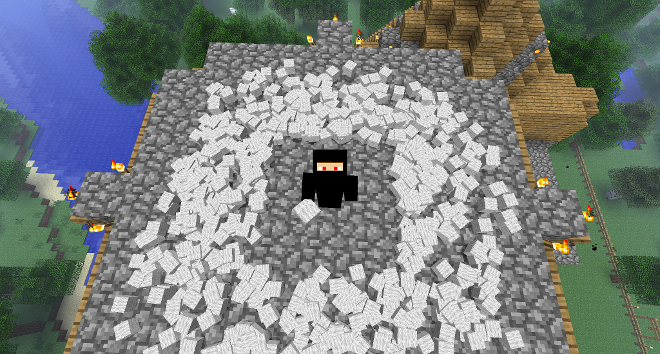 Although the picture doesn't show it, the character rotation has nothing do do with the bounding box for gathering. Additionally, moving laterally evenly picks up items, so it seems that there's a 3m×3m box surrounding the character within which items will be gathered.

Dropping that much wool dispersed took quite a while, I may add more screenshots for vertical tests later.

Of my experience with minecraft, I would be saying about 1 meter (1 block) would be the distance at which a mined block (not experience) will be "sucked up" by you.

And 1 meter is of any part of your body (your body technically holds 2 meter high by 1x1 meter.)

2
Consistently Unable To Connect To Minecraft (Login, Local LAN Server)
3
Is there a way to guarantee every block is collected in info obsidian?
12
Where is my End Portal?
4
How is diagonal block distance measured in minecraft?
4
Detect broken blocks that don't drop items
3
How can you give yourself a block if you break that block using commands?
0
Does multi-player client render distance affect server view distance for that player?