How do I zoom out?

Is there a way to zoom out in Kingdoms of Amalur: Reckoning? I am a fan of third person view, but I prefer to be a little farther away from my character so that I see more of the area around me. I notice that the mouse wheel moves the camera up and down, but I can't find a key that moves it farther back.

Update: This works with both the Steam and Origin version of the game, and has gotten easier to do than from my original post. There is no additional plugin you need to install or forum threads to monitor.

First, you need to go to this site and download the program found there, called widescreen fixer. There is a .7z file you need to download. You will need a program like winrar or 7-zip to open and extract the files. Extract the files anyplace you like.

Now, open the "Widescreen Fixer.exe" in the main widescreen fixer directory. In the dropdown list you should see Kingdoms of Amalur listed: 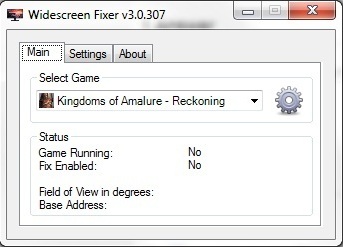 At this point, click the standard "config" wheel to the right of the drop-down: 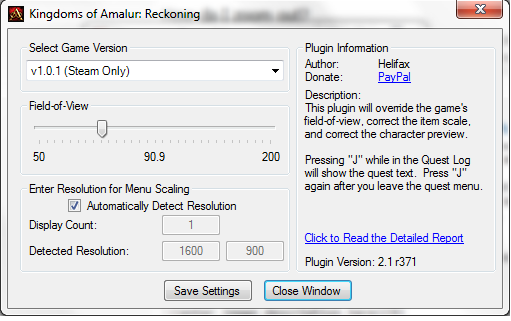 Change the game version to the Steam 1.0.1 option (the most recent patch) if you are using Steam, and the Origin 1.0.1 option if you are using Origin, and then select your field of view options. I have mine set to 90 and it is much better, but you could go even higher if you wanted. Then, set your resolution to the resolution of your monitor (1920x1080, etc.), by default it should auto-detect your resolution. Save your settings and close this window.

If you click on the "Settings" tab in the main Window Fixer, at the bottom you will see the following dialogue: 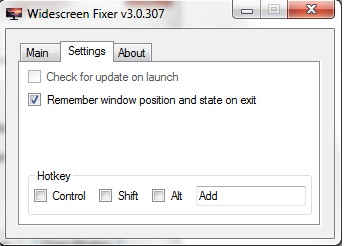 You can click your mouse in the box that says "Add" and press a key which will tell "Widescreen fixer" to activate the fix once you are in the game.

From here, start KoA:R from your respective location (Steam or Origin). Now, once at the main menu, press the key you set it to above, I believe the default is the "Multiply" key on the numpad. Then, start your game as normal. As soon as you start moving around you should see the field of view move out.

Here are some in game shots of my rather low level mage, with and without this fix:

The default Field of View: 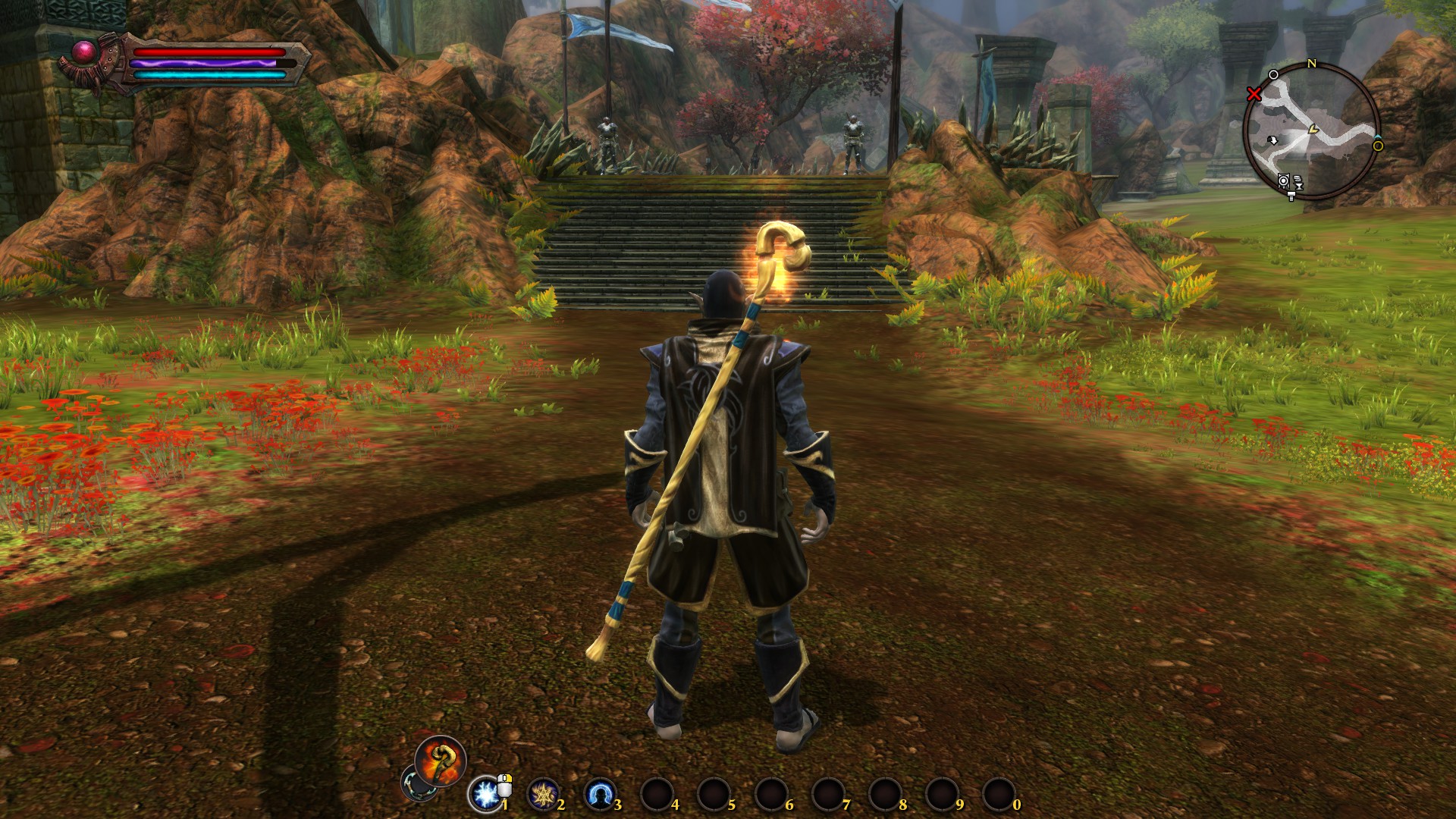 The field of view set to "90" through the widescreen fixer at 1920x1080 with my character standing at the exact same spot looking in the same direction: 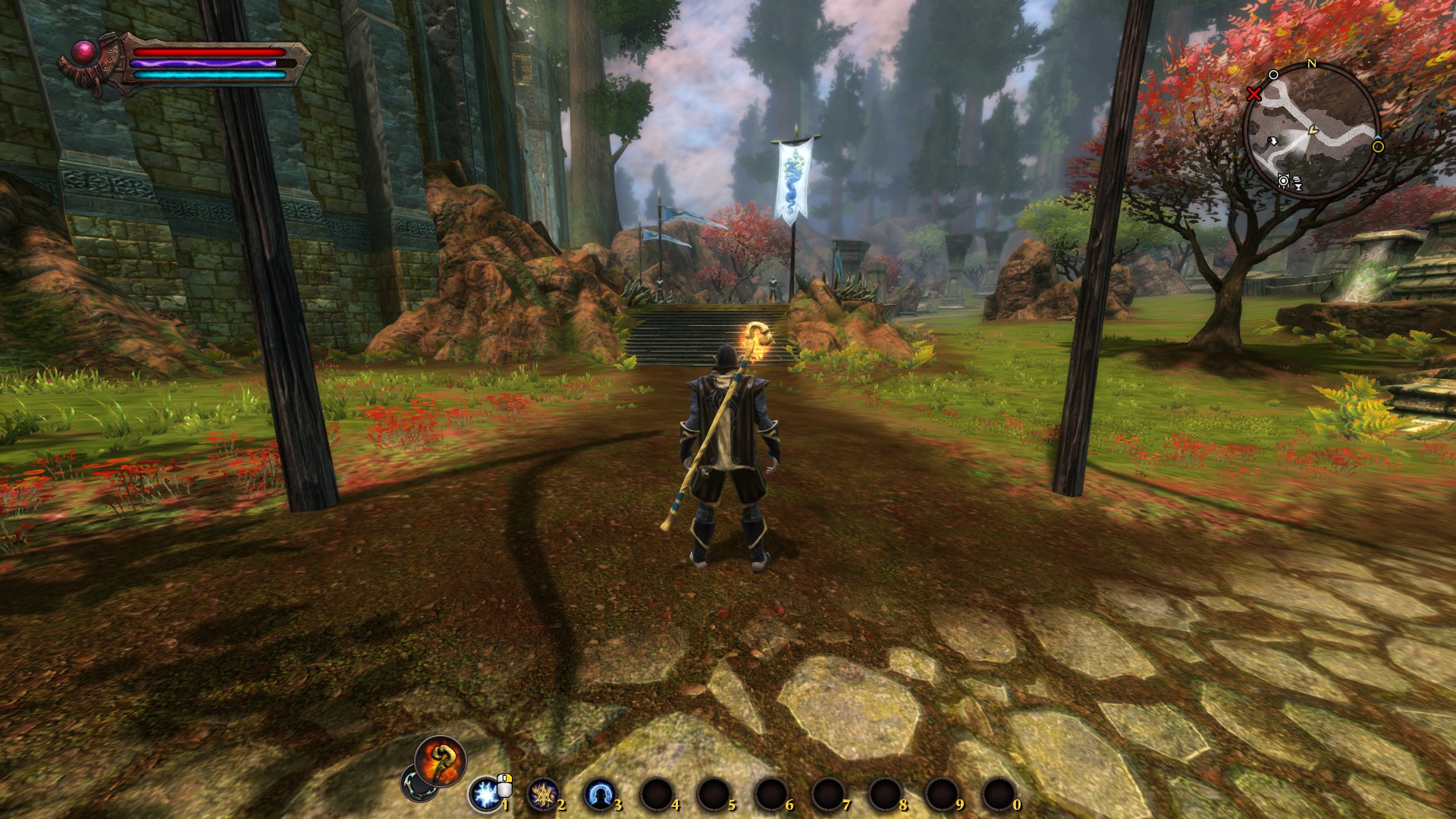 It makes quite the difference! I haven't had much time to test if this creates graphical artifacts or not. From what I can tell most of the artifacts have been corrected since my initial answer to this question. Since it is turned on via the "Widescreen Fixer" program, it is easy enough to disable if you decide you don't like it. Simply hit the key to turn it on again to turn it off when back at the menu screen, or exit the game and do not run Widescreen fixer this time. You can always just remove the Widescreen Fixer directory if you don't like the use this.

In addition, as the game is patched, it may stop this FOV fix from working, so you may need to update the widescreen fixer program in the event that happens.

Additional note about the security concerns involved with Widescreen Fixer (based on the comments):

In addition, he says:

A couple of users reported issues that Widescreen Fixer would crash on launch. After looking into their error messages it turns out that Microsoft will mark certain things downloaded from the internet as remote, even if it's stored locally. Users then have to right-click on the .exe file, get properties, and then unblock it.

All I can say for sure is that nothing in the code accesses the internet.

Hopefully anyone who wants to use this fix that was concerned about security issues (Windows 7 did not prompt me for any firewall access but users in the comments reported that some dedicated firewall programs did) will have their concerns put to rest.

Not the answer you're looking for? Browse other questions tagged kingdoms-of-amalur-reckoning .

0
How to change FOV on Kingdoms of Amalur?

9
Kingdoms of Amalur: Reckoning demo restrictions
5
How does Sagecrafting work?
2
Can I lock myself out of side quests?
6
Why doesn't my local map show roads?
2
How do I activate Kingdom of Amalur's online pass on the PC?
5
How are blacksmithing bonuses determined?
4
How long and how much can I benefit from praying?
5
How to figure out which trainers I have already visited?
1
Is there a way to make the game NOT ask me about changing the difficulty after multiple deaths?