What is the difference between League of Legend skins and themes?

Recently a new Ezreal "theme" came out called Pulsefire Ezreal. As far as I know, it just looks like another legendary skin but it's put in its own category as a theme. What functional difference are there between a theme and a skin?

Additional question: I noticed that when the theme first came out it was half off. Is this only a promotional sale when it first came off or will theme periodically have half off sales like non-legendary skins?

Pulsefire got its own category because of the features associated with it.

Most legendary skins change how the champion acts (voice, spell, etc), while Pulsefire changes not only Ezreal's appearance, but other champion's animations as well. Enemy champions and minions killed by Pulsefire Ezreal have a unique death animation.

In addition to this, the skin itself evolves and changes its appearance further as you level up Ezreal's ultimate.

There is actually a very interesting post on the League of Legends forum explaining some of the design choices, including a developer commentary on the creation of Pulsefire Ezreal.

In addition to this, it adds a new Profile scheme as mentioned by Patrick Stadler.

Also, in lieu of more text, have this cropped photo of Ezreal's crotch along with a description of all of the features involved in his theme: 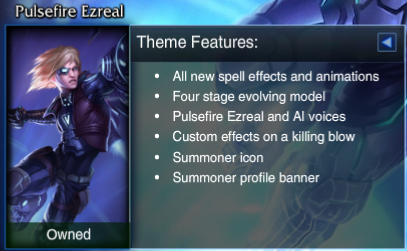 As for whether or not the Themes will periodically be placed on sale, there is currently no answer. My best guess would be that they are going to be similar to Legendary skins in that they do not go into a usual sale cycle like regular skins. Only time (and a few additional Theme releases) will tell.

A skin changes only the ingame apperiance and/or voice/spells/etc. of a champion as Fluttershy already summed up. But a theme changes how your profile starting page (with the summary of games played, etc.) looks. 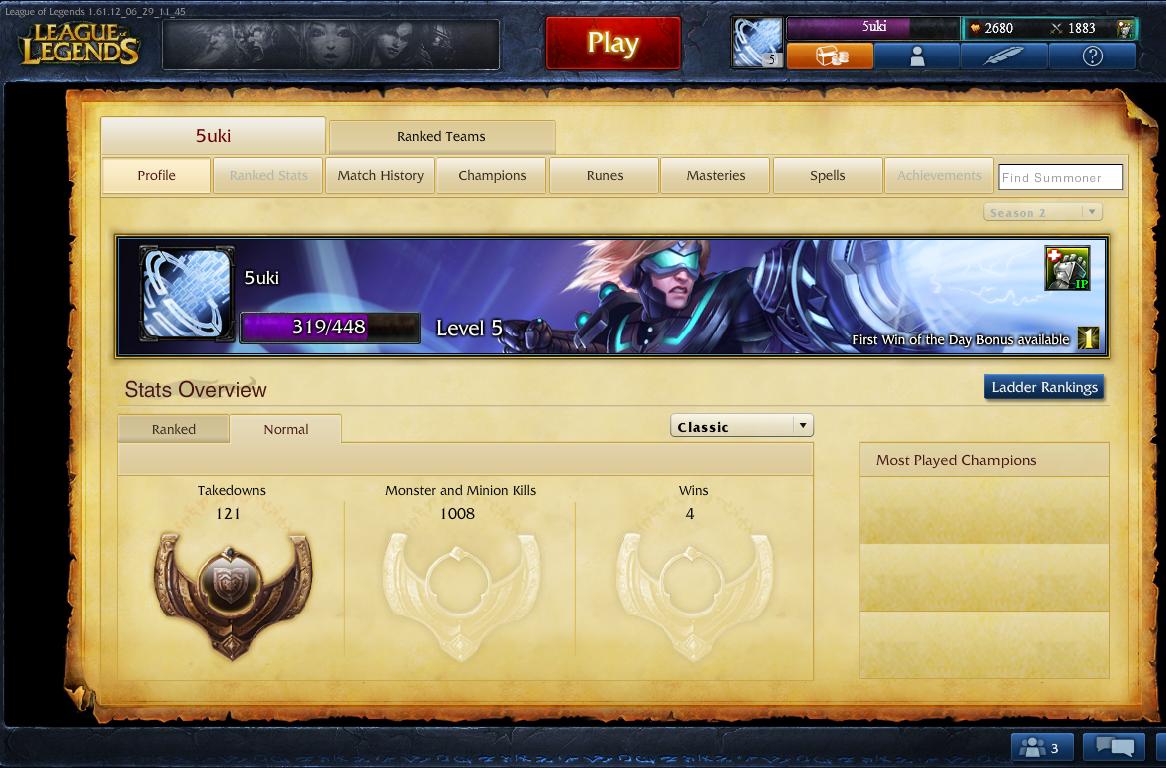 The Pulsfire theme is enabled once you bought the Pulsfire Ezreal skin. You can activate it by selecting the summoner icon you get by buying this legendary skin.

In the shop is a new category for themes. Maybe Riot-Games will add more themes to buy in the future.