Why is my coal power plant not receiving coal?

I am building an industrial city that has a coal power plant, an advanced coal mine, an ore mine, a smelting plant and a trade port to store any excess materials in. My power levels have just gone critical on account of my coal power plant running out of coal; 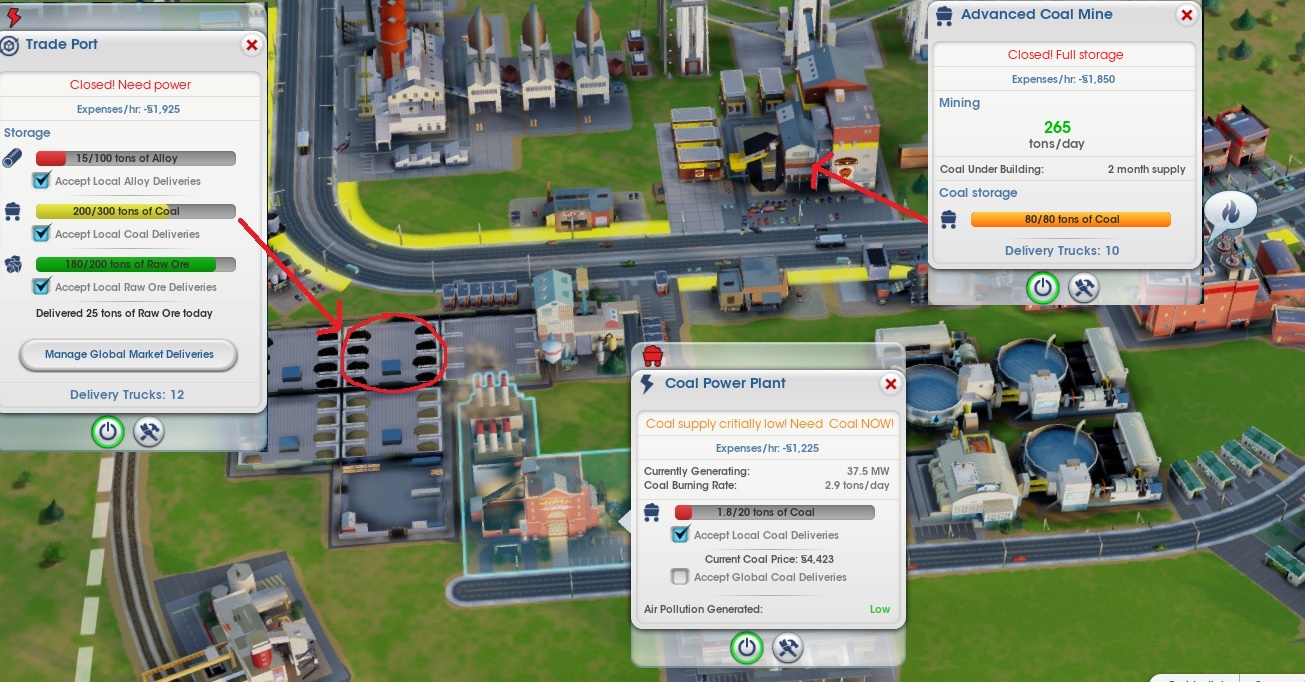 (Yes I know the power has gone off now)

How can this happen? Why is my coal power plant not receiving coal from my coal mine even though it is currently full?

The problem appears to have been caused by the orders and positioned I had placed the buildings in, in comparison to the coal mine. This appears to be down to the route that the agents carrying the materials in choose to travel when leaving the Coal Mine.

In the original route, the coal power plant was at the end of the blue route on a backstreet, while it is now located on the yellow route, before the trading port;

When the agents carrying coal leave the coal mine, they always seem to take the easiest route, which in this instance results in them not crossing over the road, thus they always turn right towards the smelting plant.

Each stop along the way has a specific level amount of coal they can store;

Before the agents will start delivering elsewhere, each of these storages need to fill up to maximum, which means the Coal Power Plant wasn't getting coal in the original instance because the output of the Coal Mine wasn't sufficient enough to fill up the storage capacities of all of the buildings before it.

8
Can't buy power from neighboring city
10
How much power does the Solar Great Works provide?
8
Is my regional highway ramp supposed to use power?
8
How much power do Home Solar Panels provide?
3
Processor factory output is full and factories have nowhere to ship freight. How do I fix that?
5
Power outages with excess power supply?
5
Simcity regional freight shipping
5
Arcology construction supply shipments not returning
0
Housing zones not rebuilding