How can I stop this guy from killing me?

After the first boss, you enter a new level (Firelink Shrine) and there is a knight sitting on a log nearby. I attacked this knight a few times and that apparently made him mad, so he killed me.

Now this guy is ridiculous strong, so I figured I'll just respawn and leave him alone this time. Apparently this guy REALLY hates my guts though because every time I respawn he immediately begins attacking me. 3 hits later, I'm dead and have to respawn. Lather, Rinse, Repeat. I realize Dark Souls is known for its difficulty, but infinite dying at a checkpoint is kinda lame.

I have tried reloading my save point, but that didn't seem to help. I'd rather not start over, if at all possible.

Here is a screenshot of the guy if that helps. 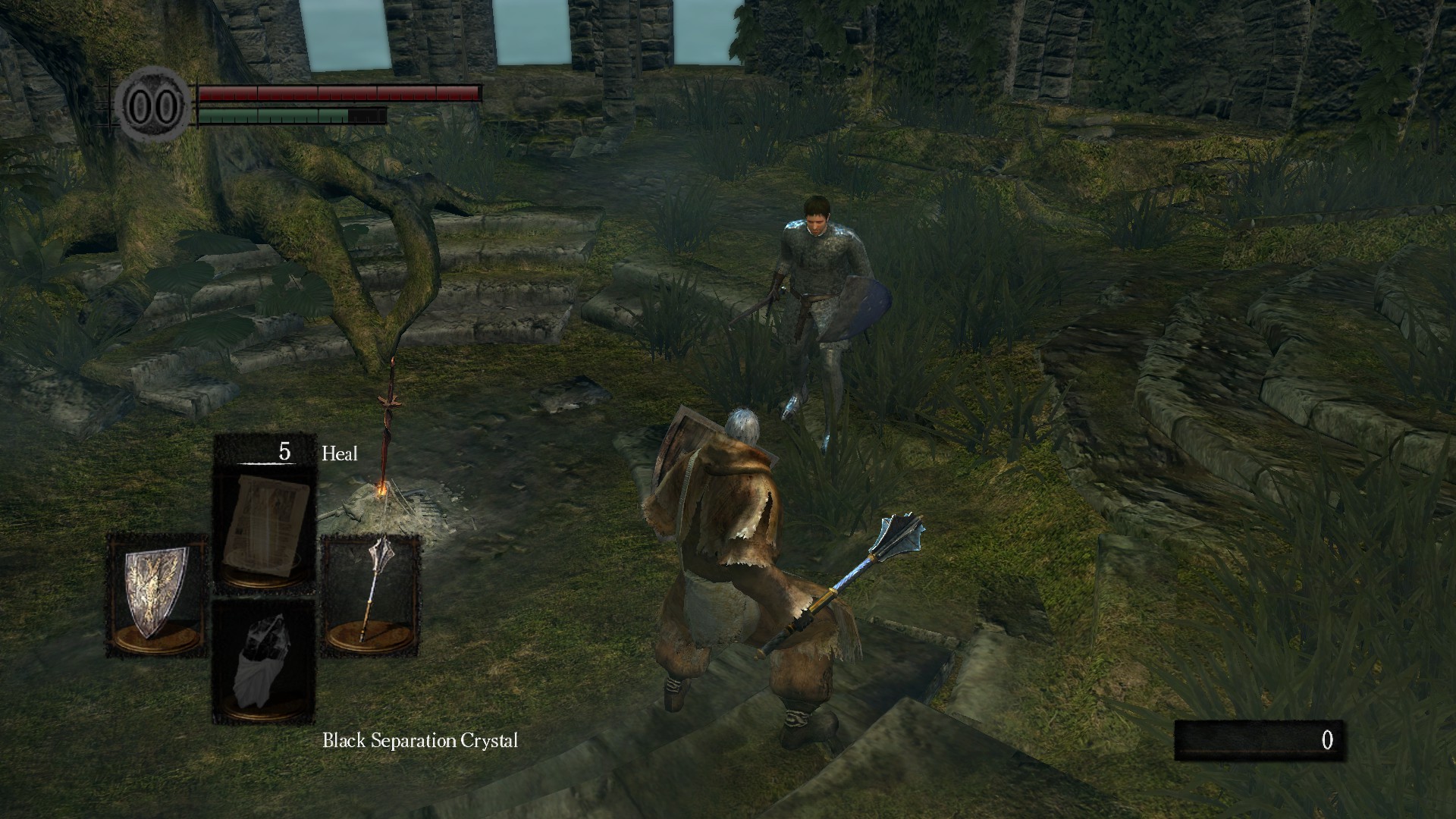 I found a cliff and got him to roll off the edge and die. I'm not sure if this is the only option though.

Unfortunately, there's no way of resetting the Crestfallen Warrior (short of starting over) after he's become hostile. See below for a way to actually calm him down. (I forgot all about Oswald!)

However, you are not penalized in any way for killing him/causing him to die. According to the Wikidot:

Be wary about accidentally making him hostile the first time you meet him, as he'll attack you as soon as you respawn at the bonfire.

It goes on to say:

As he doesn't drop any item nor does he have any effect on other NPC's story, you don't need to worry about killing him by kicking him off cliff as his "full reward" is only his souls.

Which is to say, there are no penalties for killing him, and you can snag a quick 1000 souls in the process!

Just roll off the hill and he should follow you to his and your death.

A quick method of dispatching the Crestfallen Warrior is derived from his pretty slow attacks. Try meeting his attacks with a parry and riposte, or dodging by rolling. You can also circle him with minor difficulty and then backstab him... these techniques come in VERY handy for most small enemies in the game so this battle is a good training ground for your Parry/Ripostes and your backstabs. Just remember you can always retrieve your souls before he kills you and you wont lose a thing providing that you are hollowed.

Oh and another little tip: at low levels try not to attack NPC's although they look helpless and pathetic (most of them), they are hard as nails to defeat!

This guy's ringmail makes him a little annoying. I would say that if you're not even strong enough to defeat him (he is perhaps the weakest NPC in the game) then you're probably safe to restart your game.

There is an very easy way of killing him... he is too strong to fight with at this point... so to deal with him just lock onto him and let him follow you to a cliff... be sure to guard youself.. then just take a leap of faith.. he is so pissed off of you that he will follow you :D :D ... now you will respawn at the bonfire but he will be GONE for GOOD. :D

7
In Dark Souls, can player from different platforms interact with each other?
19
How can I gain humanity in Dark Souls?
9
How does the game determine if I can wield a weapon with two-hands?
0
How did this invasion happen?
1
How was I supposed to know my next stop after obtaining the Lord Vessel and defeating the bosses?
0
How can I get my joystick to work with Dark Souls?
3
Exploring the City of the Undead - How can I recover my possessions here?
2
How can someone help me beat a Boss in Dark Souls Co-Op?
6
Is this fall from Firelink Shrine to Valley of Drakes survivable?