What are the requirements for a province to show up as a viable cede option when negotiating peace?

I recently decided to wipe Morocco off the map in an effort to make Spain the best nation in the world (also I'm a huge jerk). Things went really well, and I finally managed to occupy all of the provinces owned by Morocco. I decided it was time to negotiate for peace, and would take as many provinces from Morocco as I could. I was able to get Morocco to cede me all of it's provinces except for two: Oran and Marrakech. Oran was just too expensive for me to take, but Marrakech didn't even show up in the list of provinces I could demand Morocco give me. 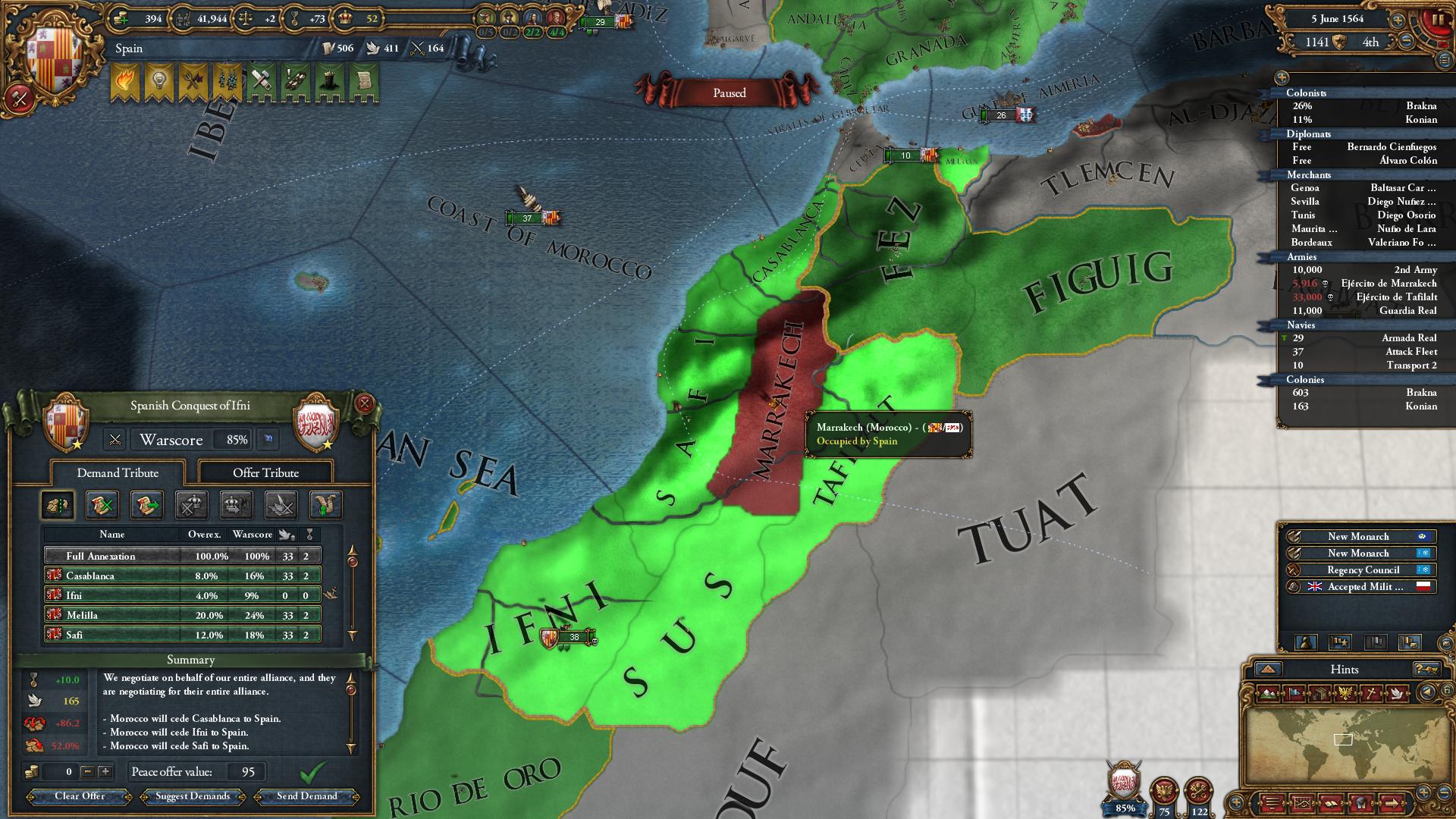 As you can see in the above image I do have Marrakech occupied, so it should be showing up in the list of cede provinces, but it isn't appearing. I can only assume there is something preventing me from demanding Marrackech as tribute, but I can't figure out what it is. 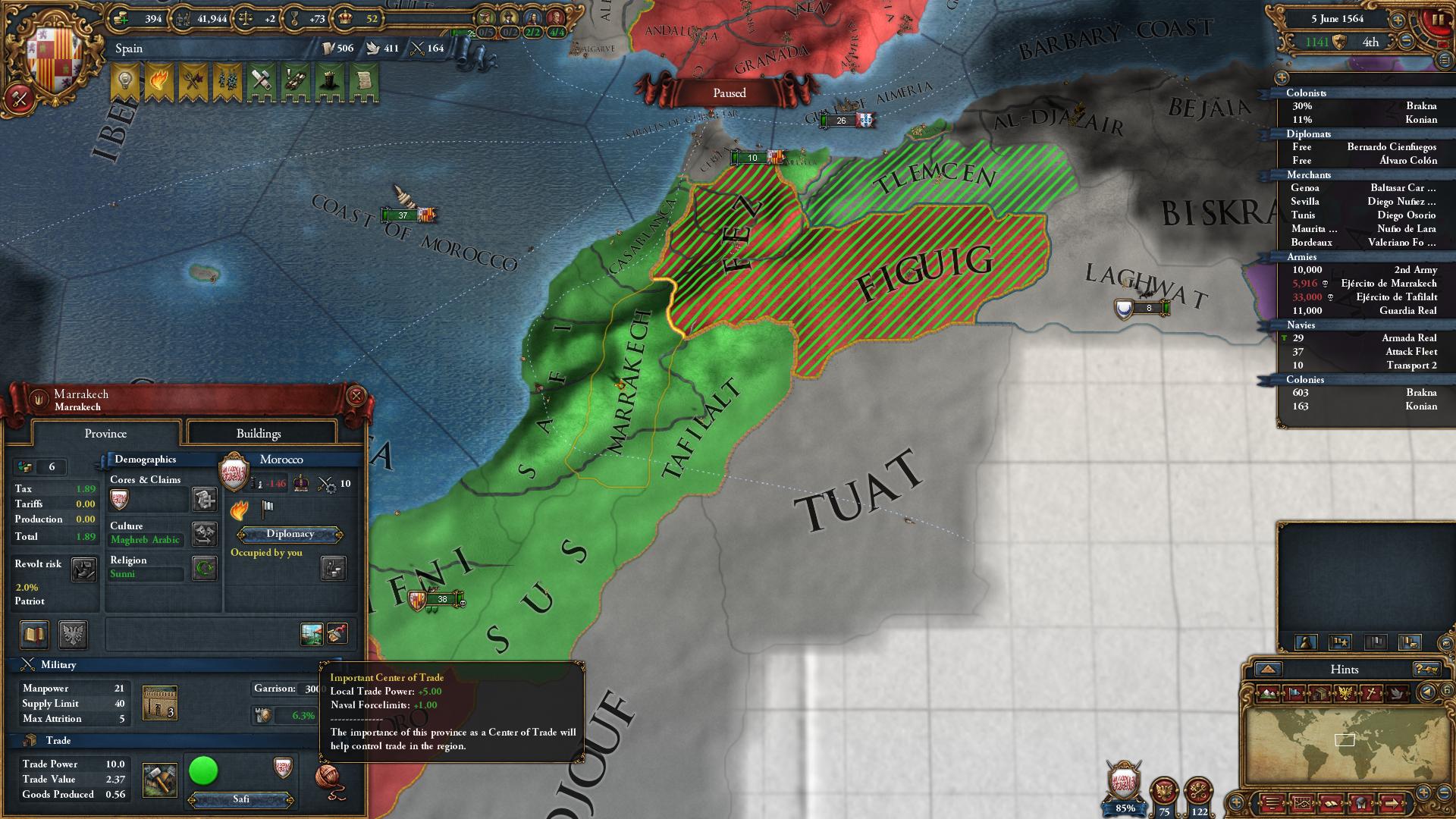 I hoped that the province page would give me some clue, but the only thing that makes Marrakech stand out compared to the other Morocco provinces is that it's an important center of trade, it has a Star Fort, and a garrison of 3000. None these things strike me as something that would prevent me from being able to demand the province though.

What are the requirements for a a province to show up as a cede option, and what can prevent it from appearing?

I believe Marrakech is the capital province. It's hard to see in your photo, but I think you will see a crown on top of a pole coming out of the map in that province -- that indicates it is a national capitol.

You would receive that province as part of a full annexation, but you can't just take the capital as if it were any other province.

5
How to cede coalition's allies' provinces (or offer any tribute from their pockets, really)
4
How to get multiple enemies to cede provinces?
9
What are the pros and cons from removing a province from the HRE?
7
Sue enemy for peace, but the war goal province is impossible to get
6
What are the prerequisites for changing government in Europa Universalis IV?
5
How to conquer India in EU4?
5
How do I explore unknown land (terra incognita)?
2
When I'm sieging a province, what this sign near my army means?
2
What is the purpose of the Immortal trait for custom rulers?
2
Managing Aggressive Expansion while avoiding a Coalition