How can I get all flaming elements for my character (sword, armour, etc)?

In Skyrim I am looking to become the Lord of Flames. I want everything to look like it is on fire, even a horse if that is possible.

Is this possible? If so, what items would I need?

As far as I am aware, there are no items in the vanilla game (or official DLC) that provide a constant "on fire" visual or mechanical effect (the Ebony Mail artifact armor damages nearby creatures during combat / while crouching, but it's poison-based, not fire-based).

Items enchanted with a fire damage effect glow red, but the effect is subtle and certainly doesn't give the appearance of a "flaming sword" or the like. Armor, further, cannot be enchanted thusly (although other enchantments, such as the destruction bonus, do cause a similar subtle aura).

The closest I think you can get to this without mods is to use the enchanting/alchemy loop to craft yourself some gear with 100% destruction cost reduction and cast the Flame Cloak spell as-needed (dark elves have the Ancestor's Wrath power that does a similar thing for no magicka cost, but there's no way to use it more frequently than once-a-day).

If mods are an option for you (you don't really mention your platform) you may try searching the Steam Workshop or the Skyrim Nexus. For example, I found this one, although I've never actually used it and it's not immediately clear it would provide what you want.

I am not sure about armors, but there is a really good horse mod that you might like: "Blaze Of Eventide" 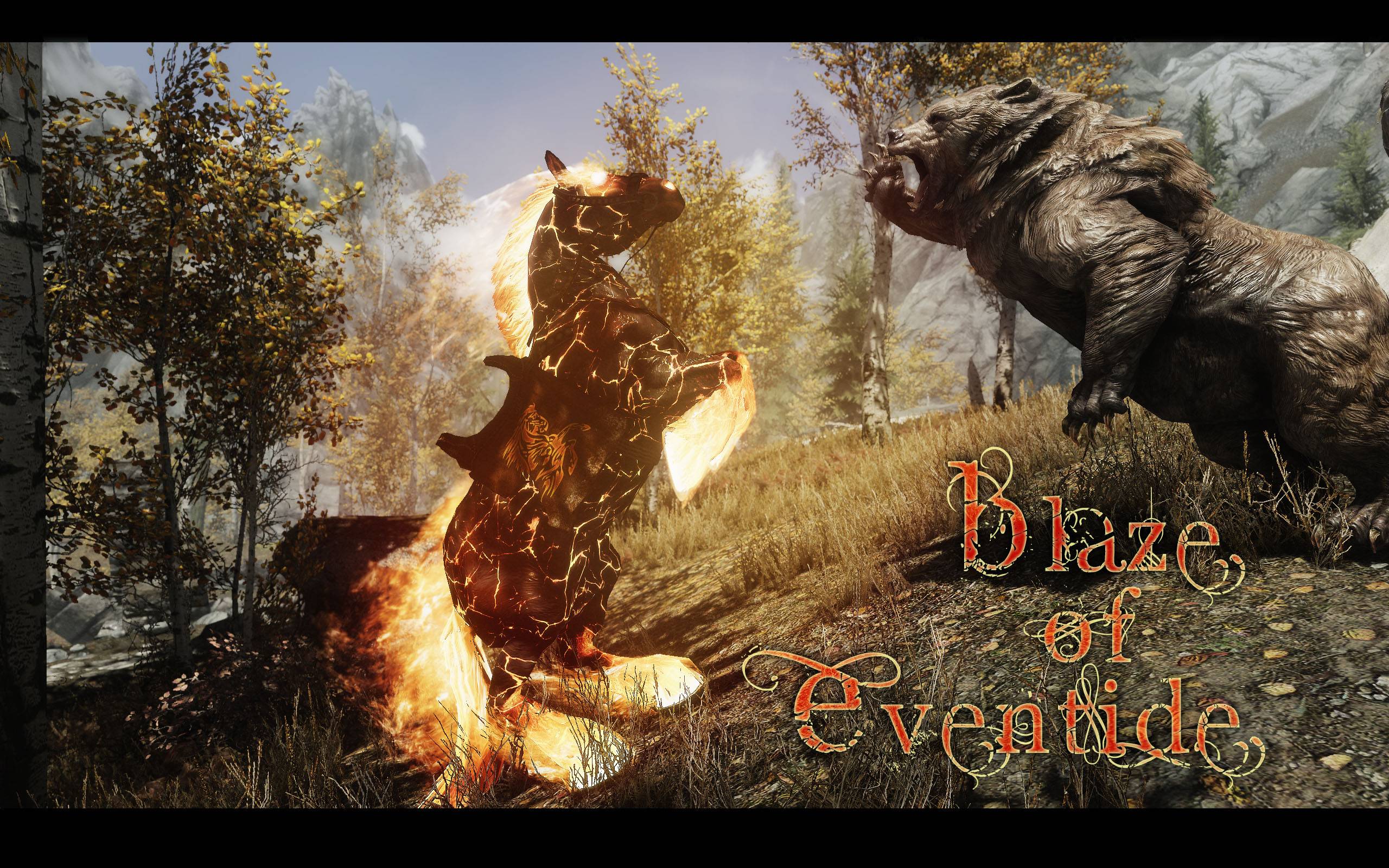 It sounds like what you are looking for in a horse. (I use it and have had no problems with it)

146
How do I increase the maximum amount of weight my character can carry before they become encumbered?
10
Where can I get my horse?
15
Is Skyrim playable in 3rd-person?
7
How can I get the worst reputation possible?
8
How many chances do you get to become a Vampire Lord
3
What perks should I get for a Nightblade character?
26
Why do villagers think my healing spell is a fire spell?
4
Limit Skyrim Special Edition FPS to 60