Why won't Zombie Pigmen Spawn in my mob trap?

I built a zombie pigmen farm in the nether, at around y=240, and I can't get any to spawn. The platform is 29 by 29, which is 841 spawn spaces, which should be large enough to get a nice spawn rate. However, I did get a couple to spawn after 10 minutes, and then none for another 15. I made sure I was not standing too close, or playing on peaceful. Another thing is, I checked F3 and saw that there were only 7 entities in the chunk, and 4 were the iron golems that I was looking at.

Also, the floor is made of white stained clay, NOT lava. I know for a fact that they can spawn on other surfaces than netherrack. A ytuber by the name of Ethoslab has a farm EXACTLY like this, and works great.

The farm works by zombie pigmen spawning, iron golems killing them, and their drops being collected by a hopper minecart that travels underneath the platforn. I need HELP! PS: Does it have to do with LC values or something like that? 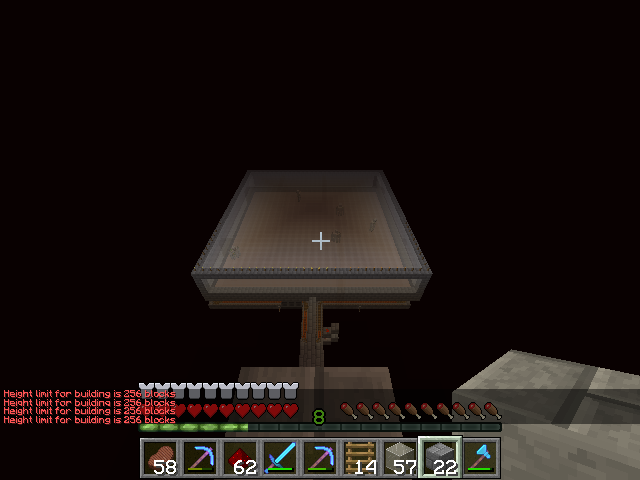 There seem to be lights around the edge.

For a successful mob farm:

I have a gold farm that works a little differently to yours, here is a rough plan: 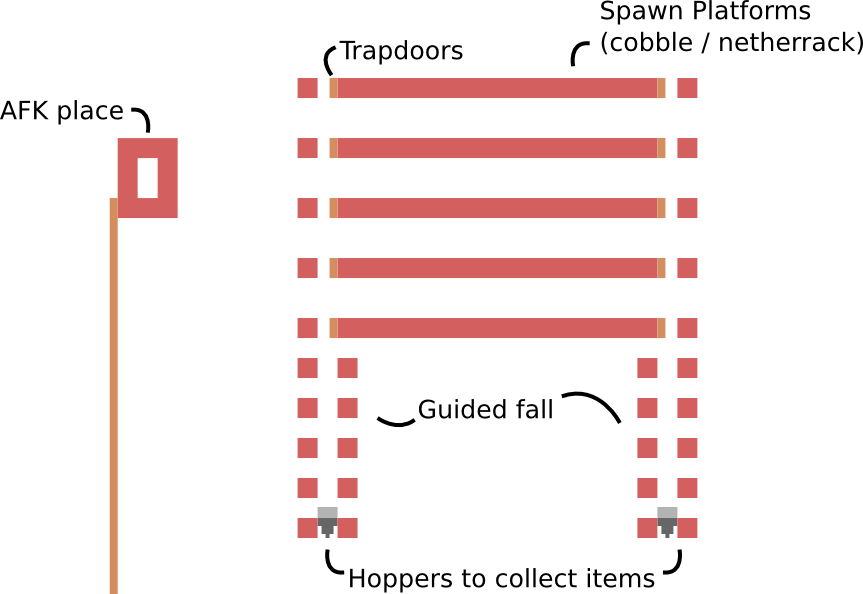 This is on the roof of the nether, so there are no other spawns up there. This increases efficiency.

Lowering the difficulty in game slows down the spawning (I watch Ethoslab too so I know that he plays on Hard all the time). And make sure your difficulty is not at Easy.

Although it is said that light levels do not affect the spawning of zombie pigmen, copy Etho's design anyways with the glowstone so you can compare between the two for any differences:

And this is pretty obvious but mistakes happen. Make sure it is not on Peaceful (although you have said that you do see spawns happen).

Otherwise, there should not be a problem here. Can you post a picture with the F3 information? Thanks.

Make sure the floor is netherrack, not lava, water, fences or any other block with the exception of soul sand. For Overworld mobs, (Zombies, creepers, skeletons, etc.) make sure the floor is made from a solid material and the light level is below 7. Keep in mind the floor can be made of any nether material

10
What blocks can Mobs/The Player spawn on?