Does "Battles Won" accumulate per gym?

I know from this that "Battles Won" refers to the number of times your Pokemon has defended against an attacker at a Gym.

But I put my Pokemon in a Gym and immdietly I saw I already had 1 battle won, but no battle had taken place since I put it in the Gym.

Does this number reset ever? I did have this Pokemon in this same Gym earlier in the day. Will this number stay the same for each Gym or for all Gyms?

It's hard to see from this image, because the buttons literally hide the number but it says: 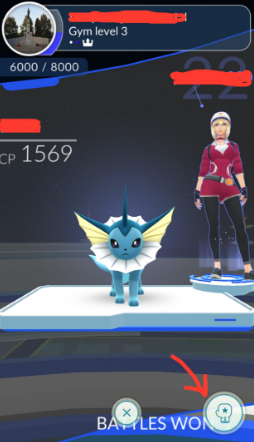 It appears to be tied to the pokémon itself, rather than anything relating to what gym it's in. I have a Slowbro with "Battles won: 2", and that message immediately appears in any gym I put it in. There doesn't seem to be any way to view this number in the summary page, however.

4
Should I wait to reclaim a gym?
14
How much xp/prestige do you gain at a gym by training?
17
What does "Battles Won" refer to?
2
Are the bottom-most Pokemon in a high-level Gym the most important ones?
8
Will fighting alongside a Pokemon add it to your Pokedex?
8
How does the 'battles won' work after June 2017 gym update?
4
What is the chance of receiving a Sinnoh Stone or Rare Candy in a leader or trainer (PvP) battle?
19
Why does my purified Pokémon need to be healed?