What are the huge flat Monoliths good for?

Most Monoliths have two or three learning stones attached and the Monolith itself holds a piece of the story of one of the three races or a little puzzle for getting some rewards and some Atlas words.

But every now and then I come across one of these huge slates which apparently have no way to interact with it. 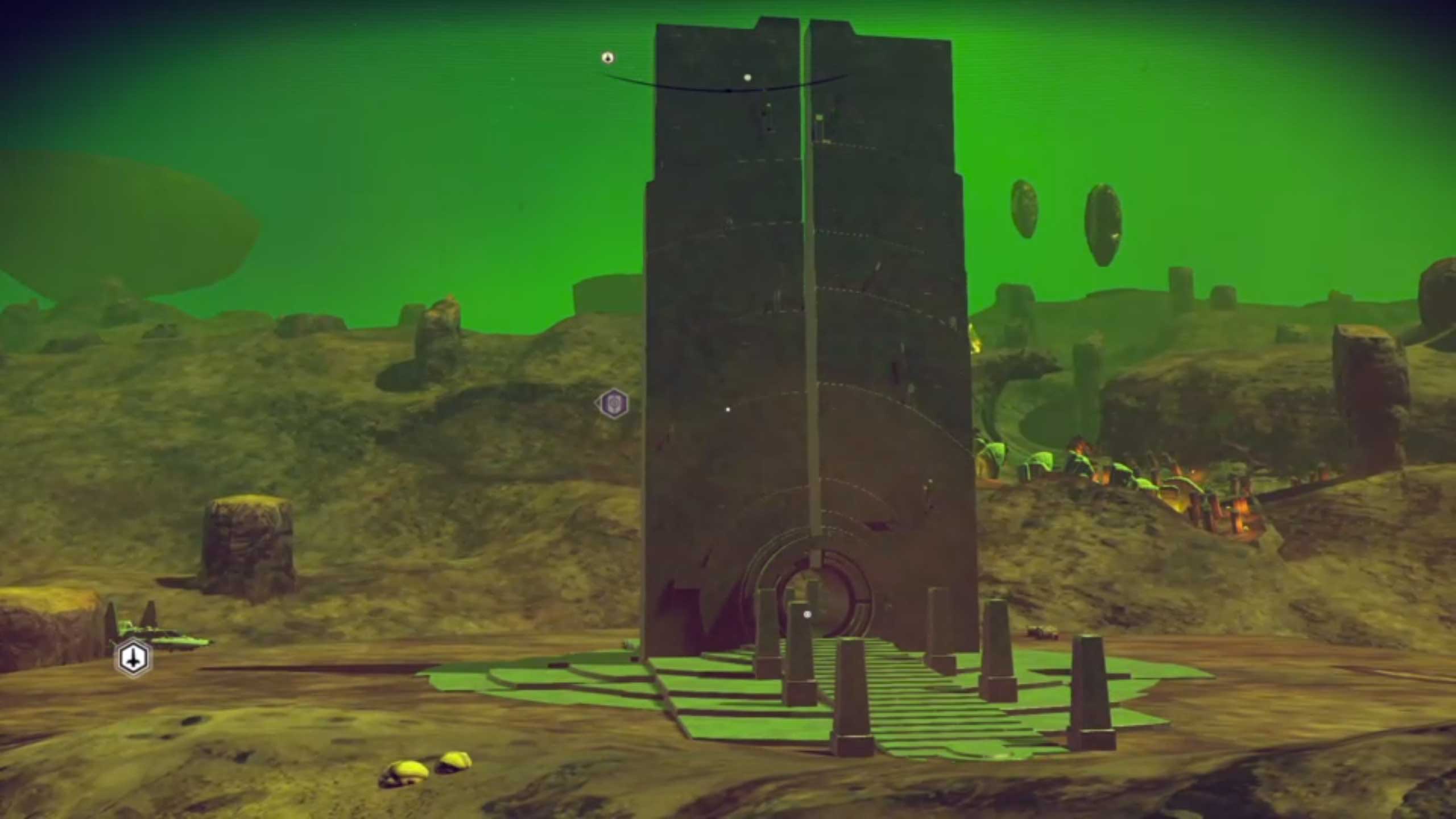 There are no learning stones nor can you interact with the monolith or any of its features.

You can fly on top of it with your jetpack but there is nothing to see.

You can walk inside the hole in the middle and it appears like this is handled like a building. Like in any real building you're not able to fire your weapons while standing in the tunnel.

In the middle of the tunnel is a white marker which also is visible on the "radar" at the top of the screen. 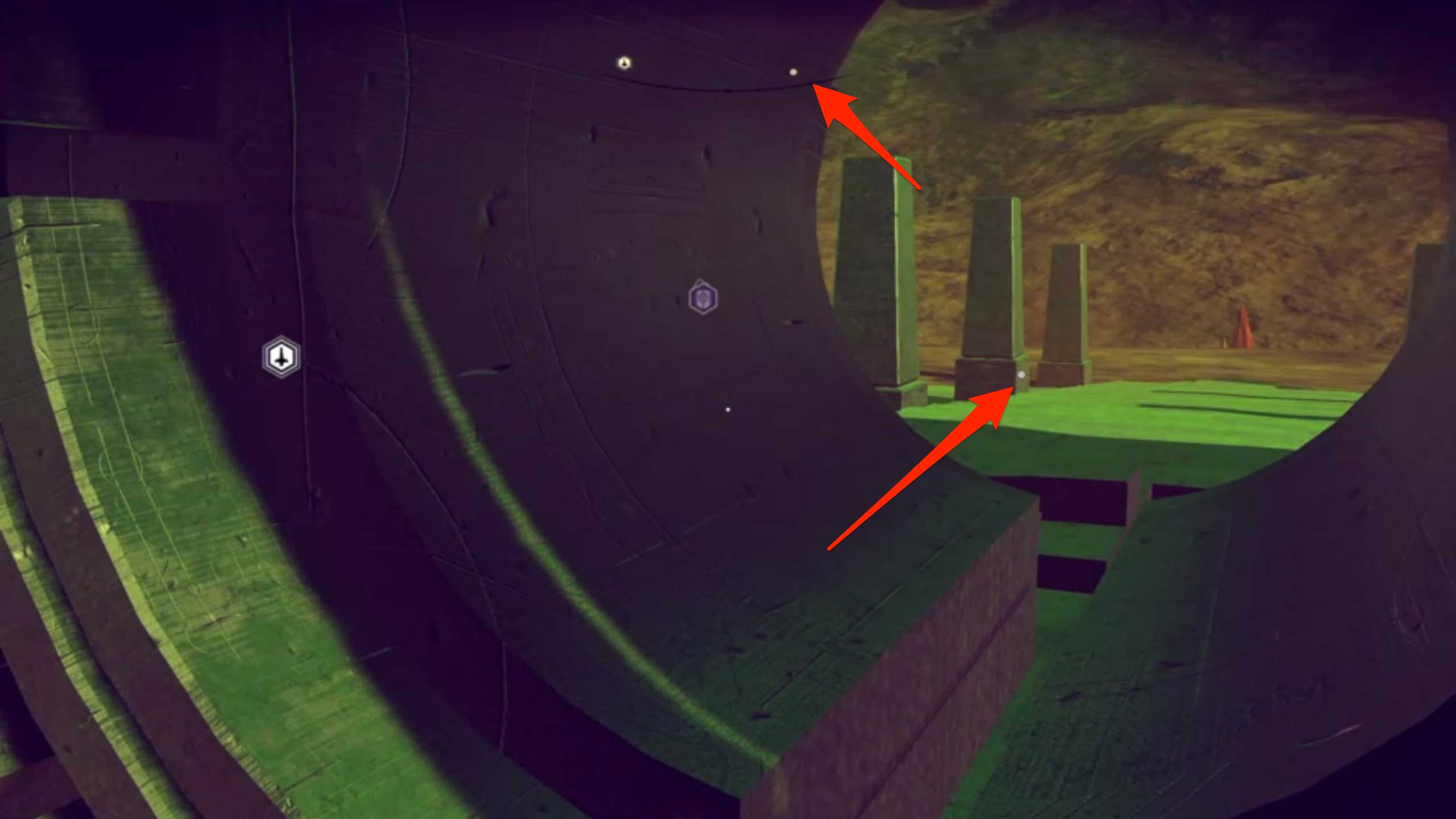 While trying to figure out what that thing is and what you can do with it, a sentinel came by and flew right though the hole. I shot it down and the barrel it dropped felt right though the floor and was gone. Same thing happened with more sentinels killed outside on the front court of that thing.

What is it and what can you do with it?

In the beta there were similar structures used as portals and functioned similar to black holes except you could travel back through them.

Though in the release version they currently appear to do nothing of interest.

I believe this type of monolith was meant to progress the Atlas storyline. You may have already encountered one, and it tells you to traverse the stars (use warp). I suppose these have been procedurally generated on certain planets in every system but you cannot use them as you already have (in another system, on another planet), or, you didn't get the "anomaly" or "signal" to go there as yet. It's like trying to interact with an NPC you've already exhausted all the dialogue for.

Have fun while you can with the game. I got bored in just 10-20 hours.

It's a portal. It does nothing right now though

30
How does upgrade adjacency work?
3
What are red Shield items used for?
4
How actually probable is to "meet" other people in No Man's Sky?
6
What are the standings for the different alien species?
53
Finding Zinc on a dead moon - without a spaceship
8
How can I effectively fight against sentinels?
4
What's the secret to finding the Farmer in No Man's Sky NEXT?
5
How many Monoliths are in each system?
14
Killed by something that leaves a crater?