How to force all spawner mobs to spawn on one platform?

I want to make a mob drop trap with spawners in the Nether, and as it's the Nether I can't use water, so I want to have them spawn on one platform which retracts with pistons every so often. I tried to cover the area around the platform with cobblestone slabs, but the mobs were just spawning on the slabs. How do I make sure they spawn on that platform only (with the least amount of blocks)?

I recreated the platform with the spawners in a superflat world, the gold blocks represent the platform where the mobs should spawn: 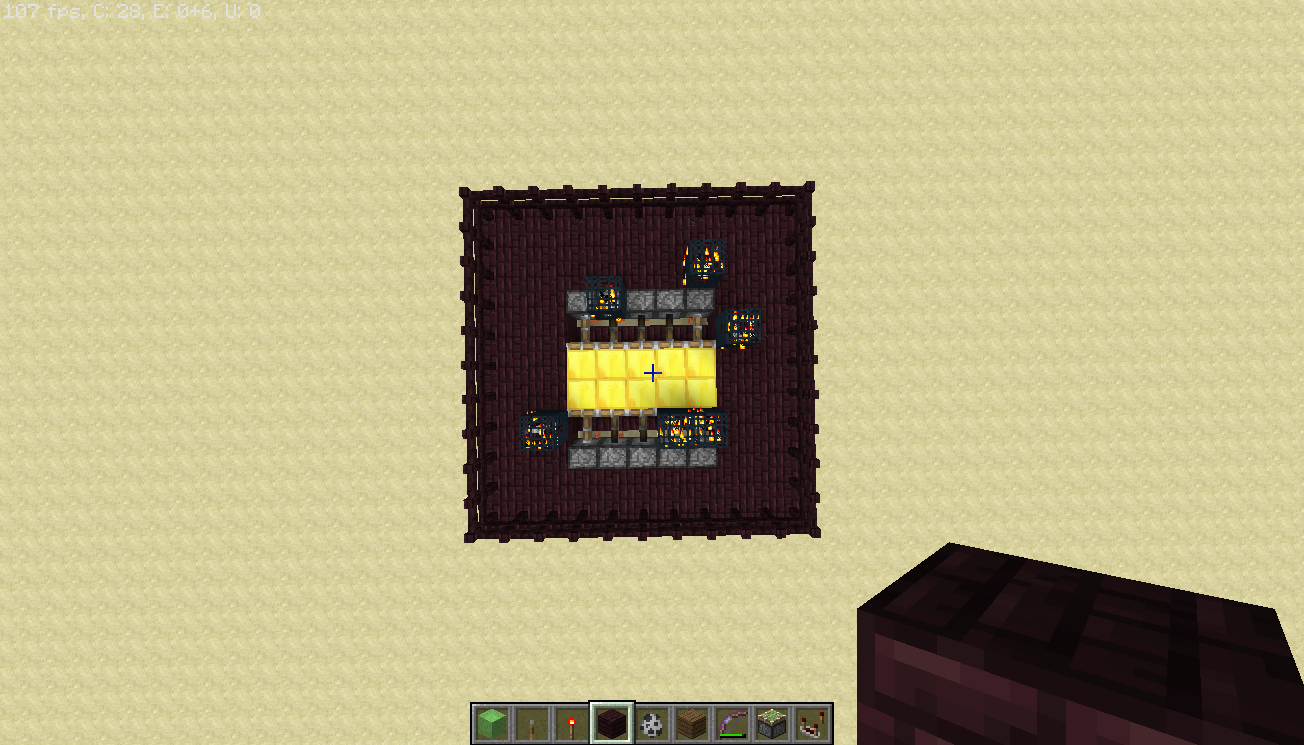 To prevent Blazes spawning around the platform, you can do a few things:

I'd recommend doing something in between - encasing the spawner and platform, and fill the area outside of the box with torches.

8
Why won't mobs spawn in my trap
5
How can I force Minecraft to only spawn monsters from spawners?
4
Can mobs spawn on slabs?
14
(How) does carpet affect mob spawning on slabs/glass?
9
Can mobs spawn on interactable blocks, or solid blocks occupied by interactable blocks?
0
How to make a mob spawner that can spawn mobs with custom drops?
1
Prevent mob spawners from spawning nether hostile mobs
4
Mob grinder does not spawn more than 63 mobs
2
In what blocks could mobs spawn?
2
Minecraft: If you only want mobs to spawn from y = 63 and above, what is the optimal y level in the sky to AFK at?