Who are the seven mysterious individuals during the opening scene in Deus Ex: Human Revolution?

During the first cutscene in Deus Ex: Human Revolution, who are the seven mysterious individuals that Bob Page is speaking to as their voices are distorted and likenesses hidden? 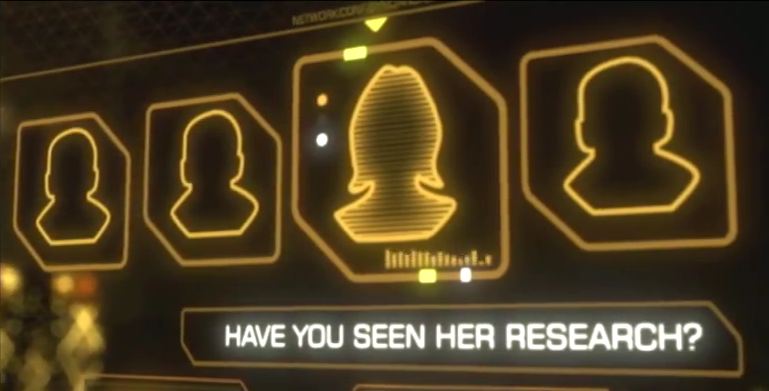 There is variance in this scene between the beta and release - the beta only has four people while the release has seven.

The person hosting the call, who isn't hidden at all is Bob Page of "Versalife".

Lucius DeBeer is the leader of the "Illuminati".

Zhao Yun Ru is the CEO of the "Tai Yong Medical Corporation".

Stanton Dowd was amongst the Council of Five, who led the "Illuminati" prior to 2052.

Morgan Everett is the CEO of the Montreal branch of "Picus TV" in 2027 and amongst the Council of Five who led the "Illuminati" prior to 2052.

William "Bill" Taggart is the founder of the pro-humanist group Humanity Front.

Hugh Darrow is CEO of Darrow Industries, and the 'father' of mechanical augmentations.

Bob Page: Is everything in place?

Bob Page: What do you mean, 'almost'?

Zhao Yun Ru: I have spoken with Montreal, The broadcast satellites are ours when we need them. A few weeks of discomfort, and the public will be primed for our recall.

Bob Page: And the clinics?

Lucius DeBeers: We control their purse strings. They will do as we say.

Stanton Dowd: I still think we should wait for the referendum.

William Taggart: We can't afford to wait, America's Science Board convenes next month.

Stanton Dowd: But the mood amongst the delegates is shifting! I'm positive that, given more time--

Bob Page: No. By going public with this discovery, Sarif is forcing our hand.

Hugh Darrow: The world will not change overnight, just because David Sarif wills it. Besides, we can do nothing until our biochip is ready.

Hugh Darrow: Finding the correct nerve-interface has proven more challenging than anticipated. Fortunately, thanks to David, I now know where to look.

The instant messaging occurring throughout this scene is very likely to be with Morgan Everett - thanks to his joint work with Bob Page on the nanotechnology that, even now, Page is conspiring to use toward his own ends unbeknownst to the other members of the Illuminati (hence why he's keeping the IM conversation secret from the conference call).

Not the answer you're looking for? Browse other questions tagged deus-ex-human-revolution .