Do “Bodies Found” Count Against Ghosting?

Does anyone know if an enemy discovering the body of one of his sleeping comrades counts against you for a "Ghost" run? i.e. Not if they get any bolts in the 'detected' meter over their head, but if they just see the fellow thug/guard/etc and say something like "Hey! Wake up!". I was just wondering since it seems to show this stat on the summary screen after a mission and I thought this might mean it's important.

It doesn't. Here is proof from my recent stealthy, super-lethal playthrough of 'House of Pleasure' mission stats (With no Shadow Kill. Notice that there are 12 bodies found, but 'Ghost' is checked): 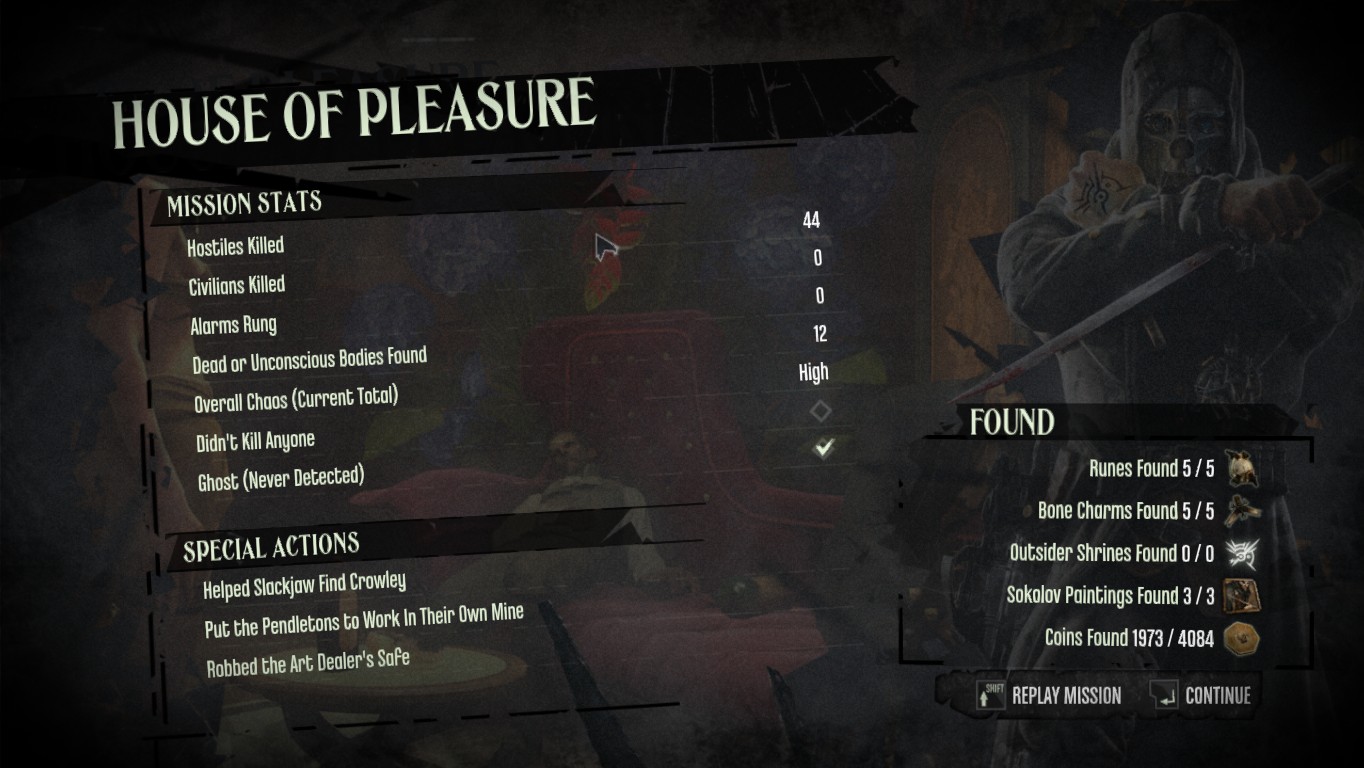 Also, here are some reports from other posts:

Bodies found does not void the achievements Ghost, Clean hands or Shadow. Completed all three achievements yesterday and I have had missions where bodies were found.

No, it does not. I was awarded both Shadow/Ghost on my play-through and I ended up with several bodies discovered in the mission statistics for quite a few missions.

Not the answer you're looking for? Browse other questions tagged achievements dishonored or ask your own question.

20
Do White Bolts NOT Count as Being Detected?
2
Possible to get Ghost (Never detected) but kill everyone?

9
Does killing in the opening sequence count against the Pacifist achievement?
6
When are Bone Charms found during a mission determined?
10
Shadow kill, does it remove loot from bodies?
8
Do Tallboys count as found bodies, and how do I hide them if so?
10
Do I need to stash unconscious Weeper bodies to save them from rats?
20
Do White Bolts NOT Count as Being Detected?
3
Does it count against ghosting a mission if you're seen by a weeper?
7
Will Wall of Light Kills count as your kill?
4
Do warhound bodies found count towards chaos?
1
Does possessing an enemy count towards chaos?