My location and world type couldn't be better - the top is on a tiny island off the shore of a plains biome. This means theoretically there should be very few other places for the mobs to spawn.

However I've dug down 24 blocks and come across a huge deep underground chasm right where half of my mob grinder should go. I can't see the bottom and can only see one end. 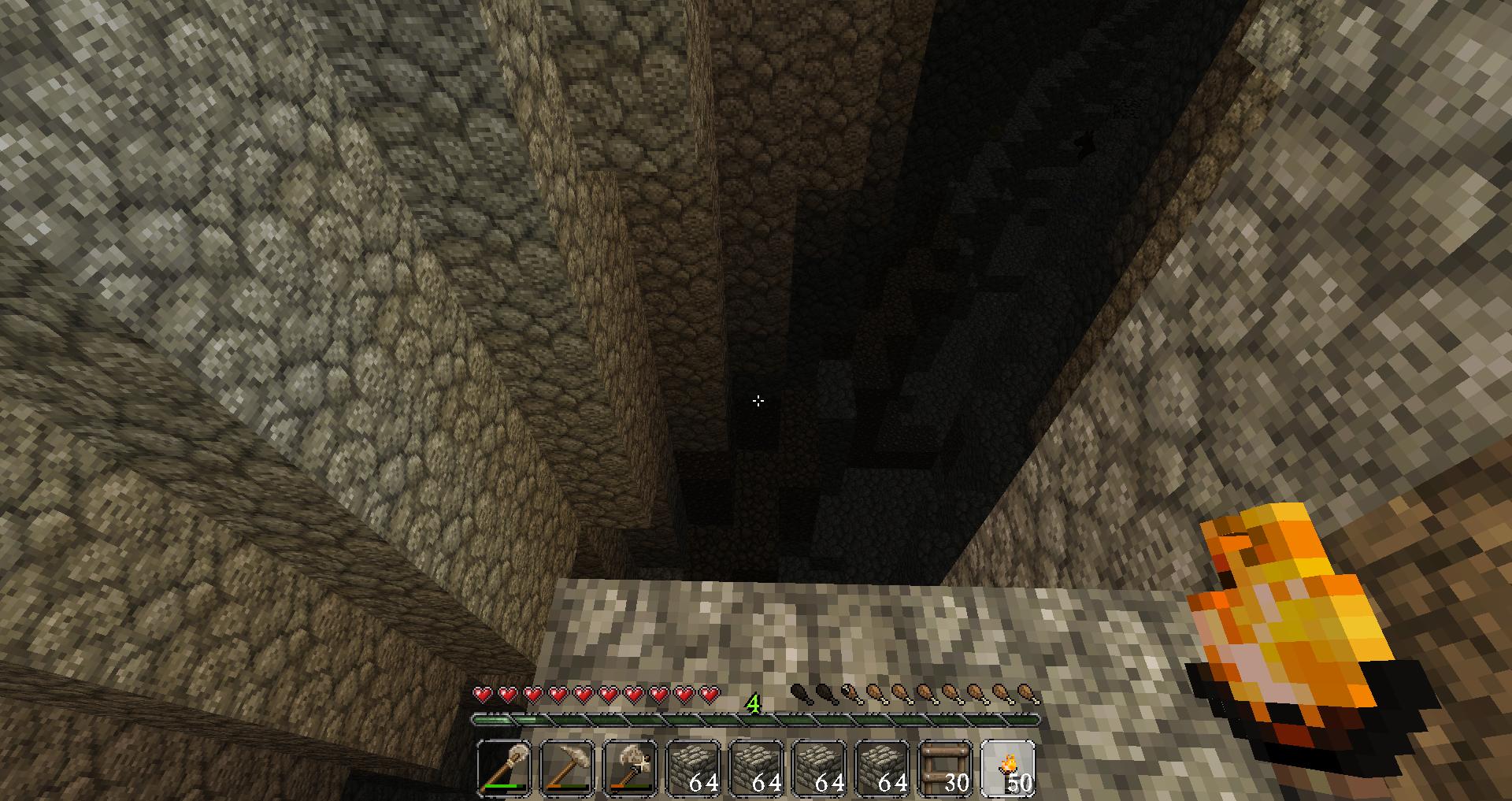 So I want to ensure the chasm won't act as a spawning ground for mobs as this will impact the efficiency of my mob grinder.

What is the easiest way to achieve this? Here's a few thoughts I had:

I'm only in Survival mode so while I can die I'd like to avoid it if possible.

For spawning purposes, the absolute best thing to do would be to fill the ravine with solid blocks. If I recall correctly, this makes the spawning algorithm give up on the space sooner so that you'll get slightly higher spawn rates elsewhere. However, that's probably not practical.

I would recommend simply lighting it up with torches, starting from the top down. Yes, there will be ledges on the side; such ledges are generally flat and lengthy, so you can deepen them by digging into the wall a little bit to have a continuous normal walking path, and light that up. As you light up the ledge you will start to get a better view of ledges on the other side. As a bonus you might find passages to other caves you'll want to light up.

The reason to go top down is so that you don't have monsters falling on your head. The particularly problematic ones are creepers, which in recent versions may instantly explode if they drop from a height next to you. If this particular ravine does not have many ledges, or there are many spawning spaces outside of the ravine, it may be safe enough to light up the floor first; this will get rid of most of the spawn area and so you'll get fewer skeletons shooting you while you deal with the ledges.

I would not recommend using lava or water as fill, because they will make things inconvenient if you later decide to build some underground structure that just happens to intersect the ravine's location.

No monsters, not even spiders, spawn on walls, so you don't have to light up sheer walls (or any part that is not a floor or a ledge).

Lava seems like the best option to me. You can just place a lot of it on the walls of the ravine, about five blocks apart. That should stop most of the mobs from spawning.

Light it up with glowstone and torches.

I'd recommend you cover the bottom with half - slabs since these are counted as transparent blocks, you can also use glass i think and mobs can't spawn on them. Then light up the ledges

15
What is the real truth about Minecraft mob spawning?
8
Why won't mobs spawn in my trap
1
Hostile mobs not spawning in Minecraft 1.7.4 single player
6
Has Minecraft mob spawning been changed to reduce effectiveness of vanilla mob farms?
0
Minecraft 1.8 Mob spawner isn't working
4
Mob grinder does not spawn more than 63 mobs
2
No mobs are spawning in my Mob Farm (in the Mushroom Island biome)
1
No Mobs Spawning in Mob Grinder
0
absurd amount of skeletons and no zombies in a mob farm?
2
Minecraft: If you only want mobs to spawn from y = 63 and above, what is the optimal y level in the sky to AFK at?