Duration of money burning on the third day of firestarter?

On the third day of the mission "Firestarter" you have to break into a bank and burn a load of cash inside a bank vault.

I was wondering if anyone knows the amount of time that it takes for all of the cash to actually burn? and does it vary depending on if you are doing a pro heist or a normal heist?

It takes just under 90 seconds for the money to burn. This time appears to be the same across difficulties and Regular/Pro. As you can see in the screenshots below (taken immediately after the money was ignited and immediately after the camera became available for pickup on hard and overkill difficulties respectively) the duration is about 88 to 89 seconds in both cases. 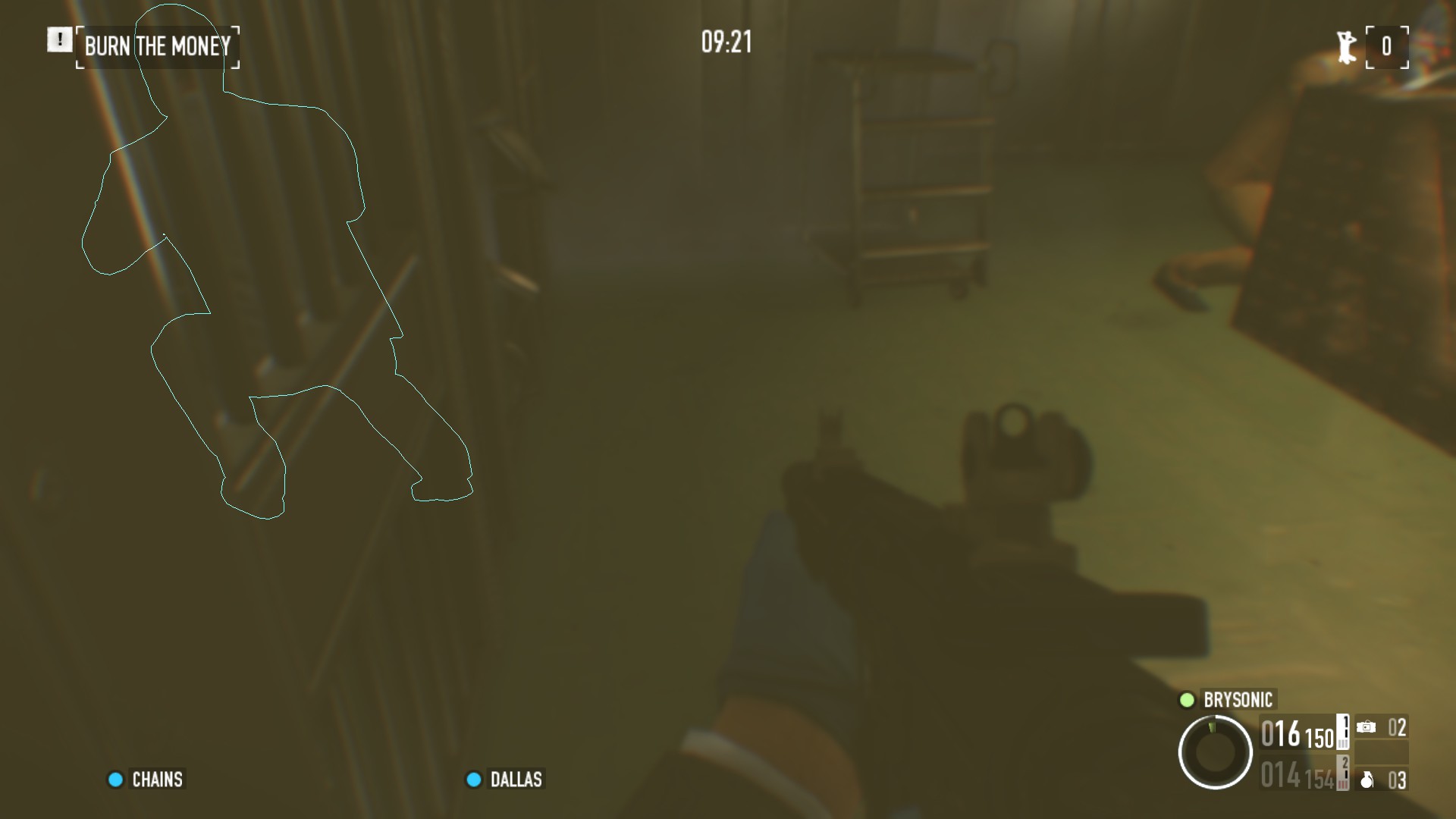 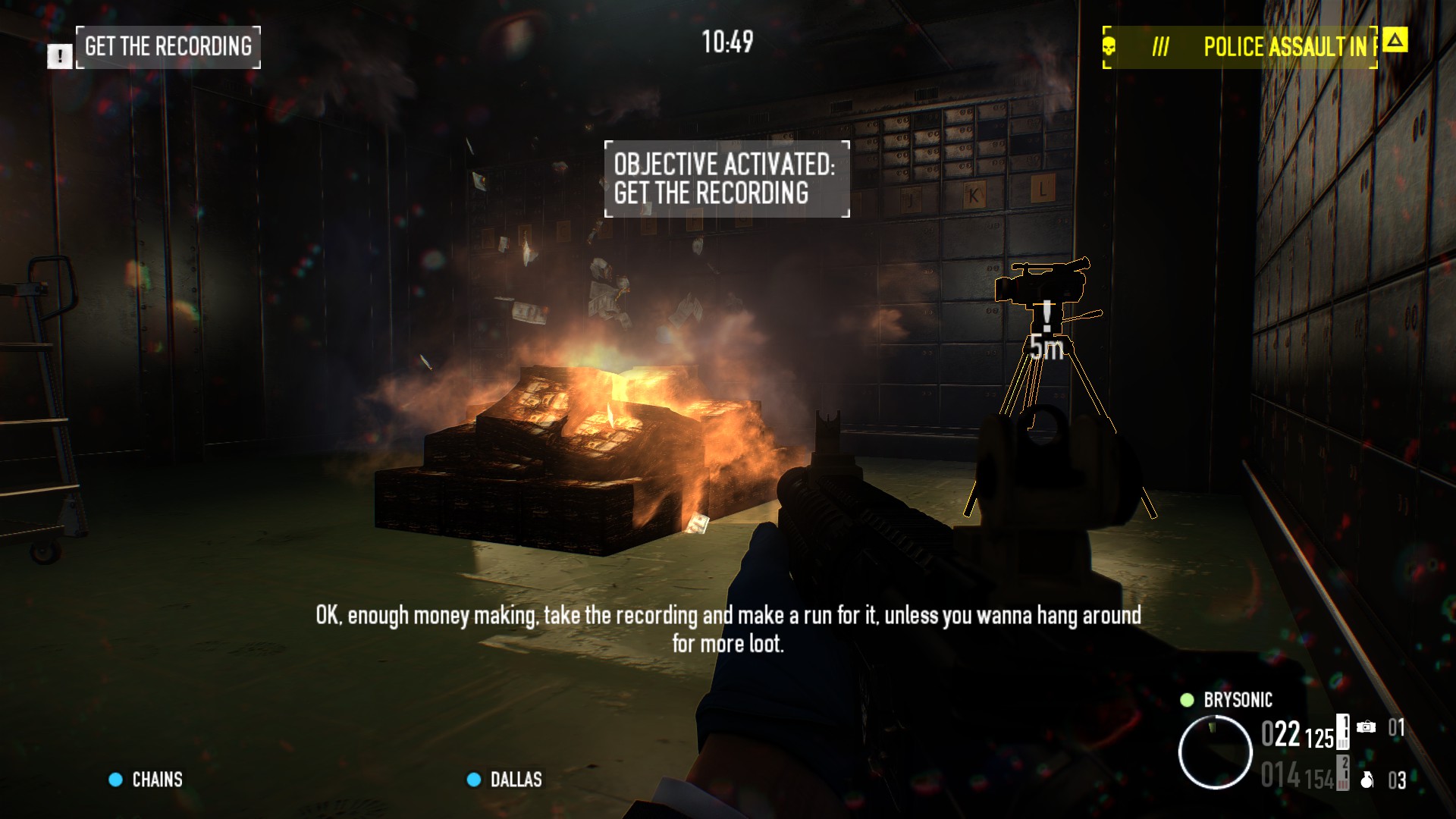 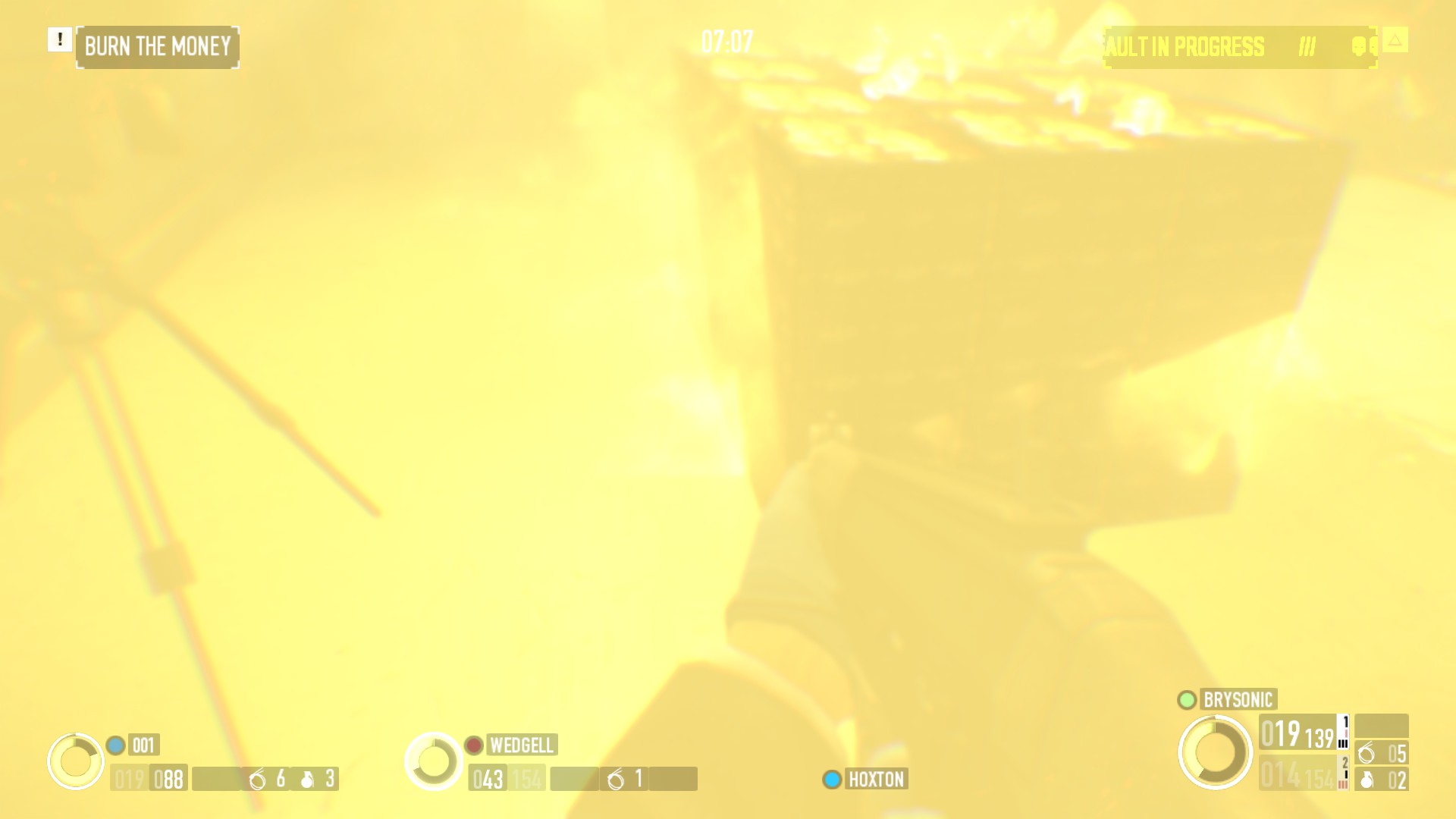 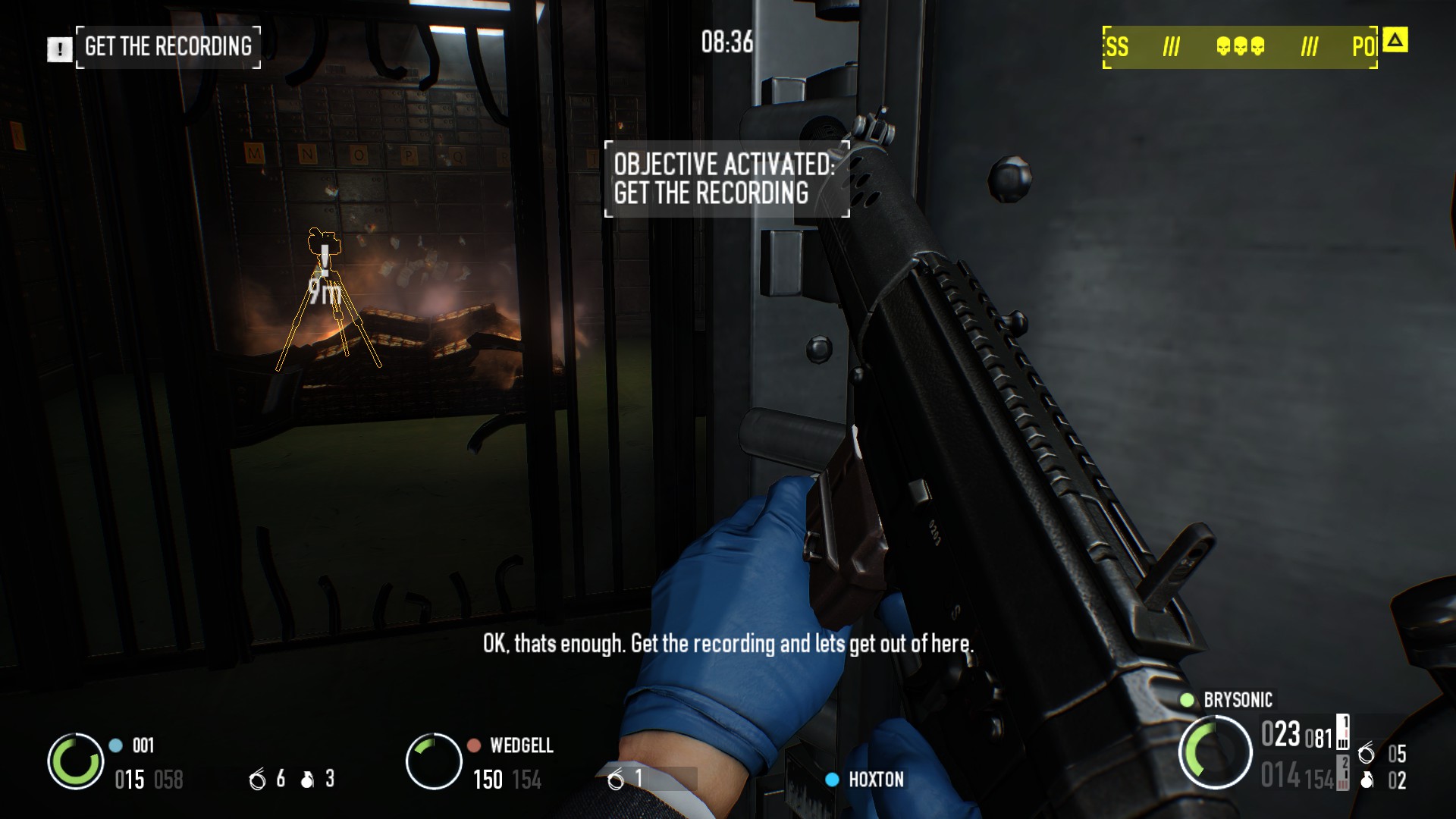 It's possible that (like so many other things in Payday 2) the duration is based on a random number generator and I just happened to have two of the same durations, but for now I'd say that the duration is most likely just under 90 seconds.

Update: I just timed the burning duration on Overkill (again) as well as Pro Hard, and both were almost exactly 90 seconds.

7
How does rewarded money work (pay grade, day rate, offshore account, ...)?
3
What does the asset Ace Pilot from Rats day 3 do?
15
How can I pull off a Bank Heist without the cops getting involved?
5
What affects the chance to get ambushed on Framing Frame Day 2?
4
Can you disable the lasers in Framing Frame day 1?
3
What are the various map randomisations for the Charlie Santa heist?
6
How to determine the correct truck on Election Day: Day 1?
1
How do the additional guards work in Framing Frame day 3?
3
What is the purpose of the picture in the deposit boxes on Firestarter?
2
What mission gives the most money the fastest?