How can I switch between automatic and manual air combat?

I just started playing Xenonauts and intercepted my first UFO scout with a Condor. A tutorial popup window notified me that the game supports automatic or manual air combat, and I believe it indicated it was currently manual by default.

I tried pressing some buttons that flipped my missiles and cannons between red and green. Not really sure what I was doing, there. Disabling them and enabling them, maybe? Eventually my ship got close (automatically) and started firing. The UFO blew my Condor out of the sky.

I have no idea what I'm doing and didn't see a button to switch between manual or automatic air combat, though maybe that's just because I was being shot at while looking for it. And while I could swear the tutorial window said it was defaulting to manual, my Condor sure seemed to do a lot of flying and shooting on its own.

How exactly does this work?

You just read the description wrong:

Air combat can either be autoresolved or fought manually in Xenonauts depending on player preference (this is the manual method).

The two modes it's referring to are the "Autoresolve" (automatic) and "Engage" (manual) options you can choose when you intercept a UFO. 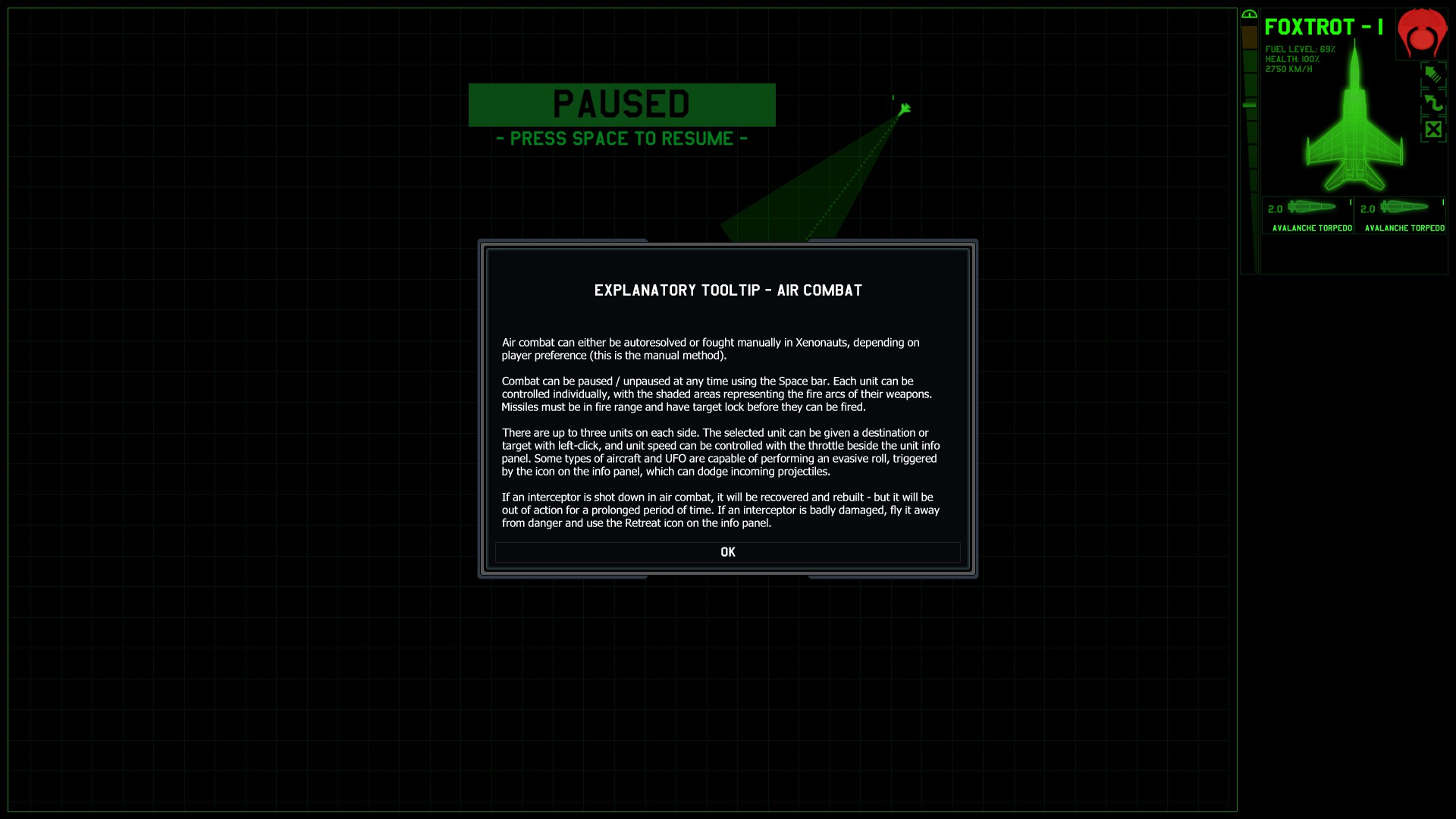 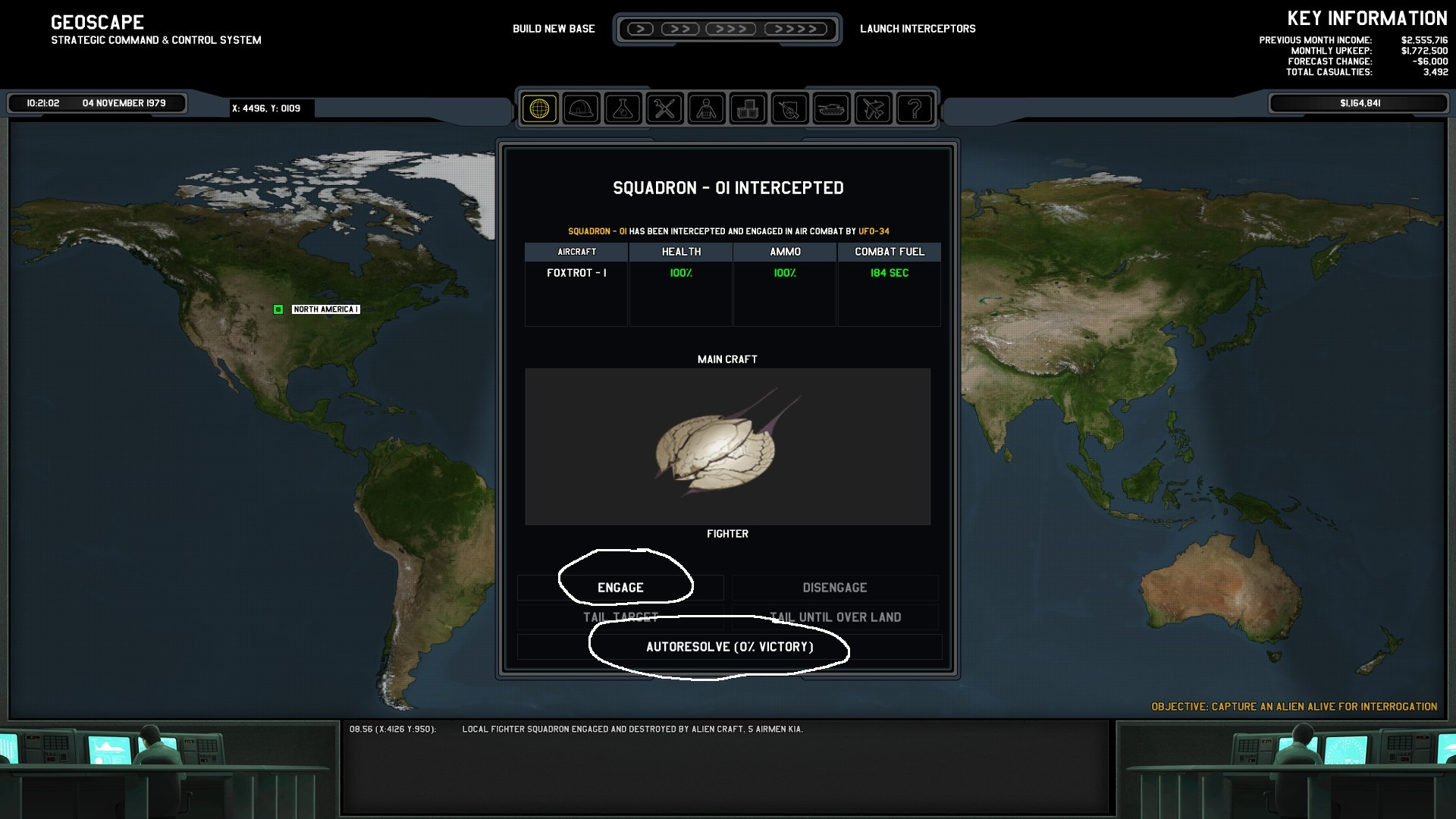 Not the answer you're looking for? Browse other questions tagged xenonauts or ask your own question.

6
Successful Tactics In Air Combat
6
How can I open secret doors in alien bases?
5
How can I find Alien Bases?