Can I clear an area of my prison for everyone BUT max security prisoners?

Yes, you can, but it will be tricky:

'Wall-in' the area that you'd like restricted for MaxSecs. Then create several hallway-like entrances to that area depending on the number of security-categories that you'd like allowed.

Though in this setup the area is technically shared, but MaxSec prisoners will have no way of accessing it as each of possible entrances is restricted for them.

Update: I've done some testing and it indeed works as expected: 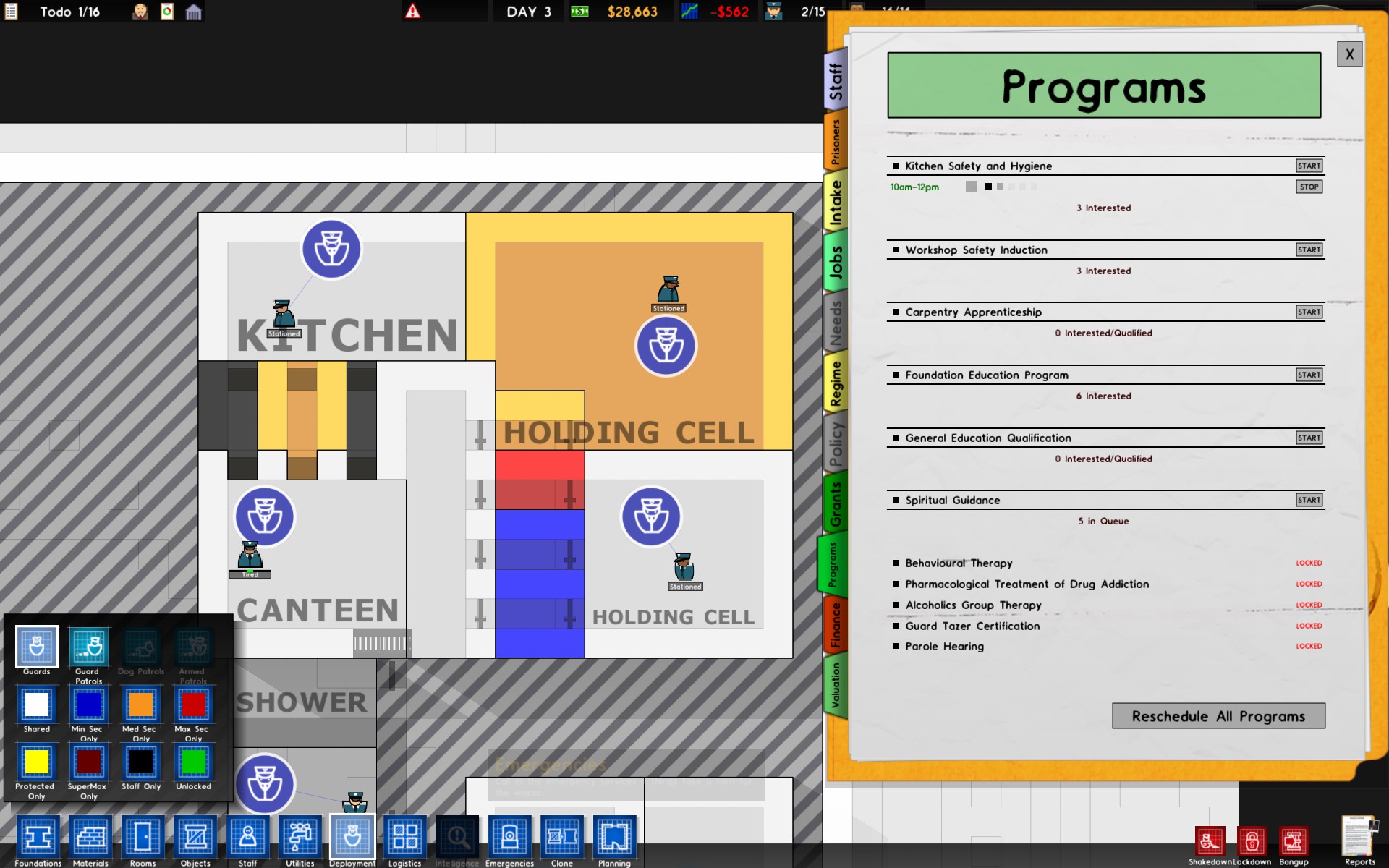 I had only 2 MinSec and 6 MedSec prisoners (typical start game). 1 of each got interested in Kitchen-work. Only one got signed up, as the other has no possible route to get there. In both holding cells only prisoners of certain type are found. They do not go 'at will' through restricted areas. Also, should a case of no route exist and a prisoner needed to go somewhere - he gets escorted by guards. E.g. when I zoned top holding cell and hallway entrance to it to MaxSec, there was no way for them to exit the area, so they all were escorted out by guards through now restricted to them hallway.

No, if you set an area as shared it's for all classes of prisoner. If you want a room/section for more than one type, but not all, you have to build it for each prisoner type and assign only that type via deployment.

Having said that, you can achieve something close using different times in the regime for different groups to have access to the same room. e.g. sharing the canteen.

-1
How to restrict areas to specific types of prisoners
6
How do I stop protected custody prisoners mixing with the general population?

2
My prison won't receive any food from deliveries and it says my prisoners won't come for 10,000 hours
0
Is there a limit to the number of rooms of a given type in Prison Architect?
6
How do I stop protected custody prisoners mixing with the general population?
6
Multiple Canteens and Kitchens in my prison
4
What is going on here? An inmate beatdown?
3
Is the toilet in the “Shared Cell” just not enough for the prisoners is contains?
9
How to make fearless deadly stoic volatile prisoners do their time?