What is the FEAR strategy?

FEAR strategy is probably not a great choice for a normal playthrough of the game.

It means: Focus Sash, Endeavor, Quick Attack, Rattata. The pokemon doesn't have to be a Rattata, but Rattata makes a good choice.

You'd make sure that your level 1 Rattata (or other pokemon who can learn this moveset) has a Focus Sash equipped. On your first turn of battle, you use Endeavor. Since you're level 1, your opponent is almost certainly going to out-speed you and one-shot you, but the Focus Sash keeps you alive with 1HP. Then, your Endeavor will bring your opponent to 1HP, since it sets your opponent's HP equal to yours.

On your second turn, you use Quick Attack, which allows you to attack first and deals at least 1 damage (because no damaging attack can deal less than 1 damage), which is enough to kill your opponent's pokemon.

It's a one-time-use gimmick to kill a single opponent's pokemon. The focus sash breaks afterwards, and even if you have another one, you'd still need to visit a poke-center or use items to full heal so that you can make use of the Focus Sash again.

In a nutshell, the F.E.A.R strategy uses a low-level Pokemon to take advantage of the move Endeavor, which lowers an opposing Pokemon's health to your current health. Couple this with a way to survive One-Hit KOs (OHKOs) such as the item Focus Sash, and a way to deal the small amount of damage needed (a Priority move such as Quick Attack, Poison/Weather Damage etc) you can effectively 2-shot any Pokemon in the game.

While the F.E.A.R strategy is named for Focus Sash, Endeavor, Quick Attack, Ratatta as StrixVaria has covered, there are other variants of the same strategy that do not use this exact combination of moves and items. You should check out this Reddit guide for a comprehensive look at the F.E.A.R Pokemon options.

One of the better/more well known users of the strategy is actually Aron: 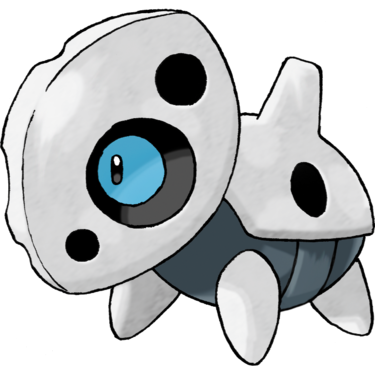 The order of moves to set up Aron:

Here's a video of the strategy in action:

Check out Bulbapedia or the Reddit guide for more information.

I have a few aditions to what other users already pointed out:

Not the answer you're looking for? Browse other questions tagged terminology pokemon-series pokemon-fourth-generation .

4
Is it possible to do Battle Frontier through local DS wifi?
30
Does Magikarp's Splash move really never deal any damage?
3
What moves can hit me when using fly?
17
Is there any Pokemon game where you... have a dad?
9
What genre is Candy Box, A Dark Room, etc.?
7
How can I tell whether Pokémon were hacked/cheated?
0
I got a pokemon through trade but its in another language
3
What type of game is Scorched Earth?
34
What does DX mean in remastered games?