What's the secret of the secondary owl room off of the water tower room? 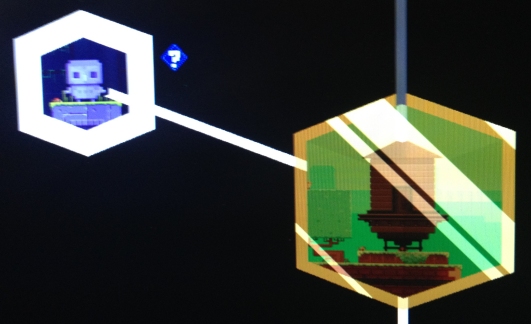 This owl room is in the air warp zone, not the rainy warp zone, off of the water tower node. What is its secret? 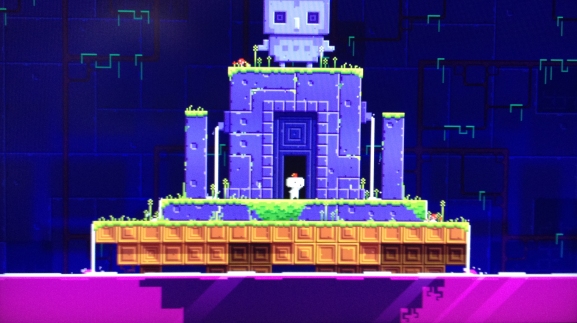 That owl doesn't rotate its head when switching the perspective.

This room is an alternative to the "blank map" QR puzzle for those without QR readers. They both result in the same tetromino code, but if you do one, the other will count as "completed". Thus, this puzzle is optional. (The difference: the code has to be entered as if it was found in this room unless you have the blank map.)

The tetromino code is shown in two places in this room: in the S- and Z-blocks around the tower's base (loop once), and as the fezzes atop the alien drawings at the owl's feet (only visible in first-person mode). 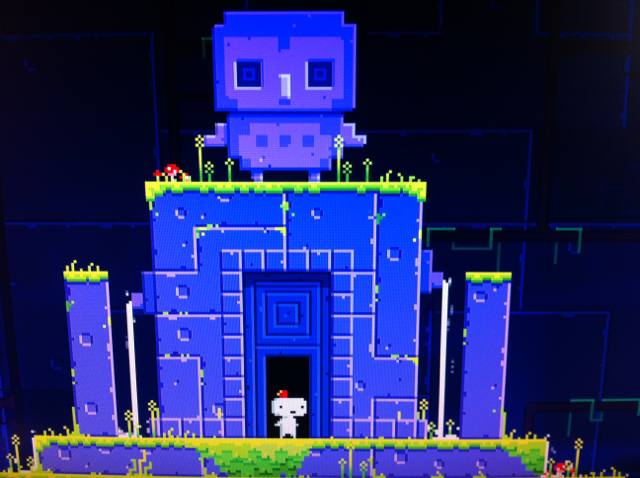 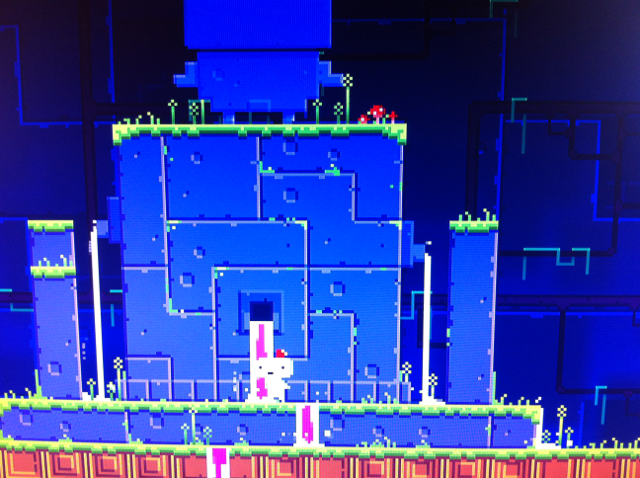 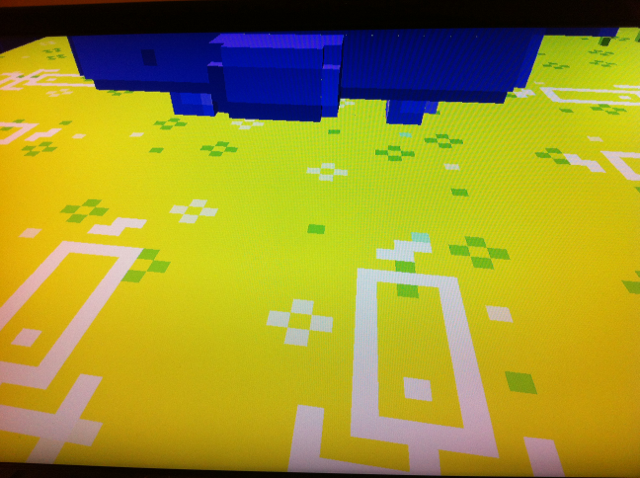 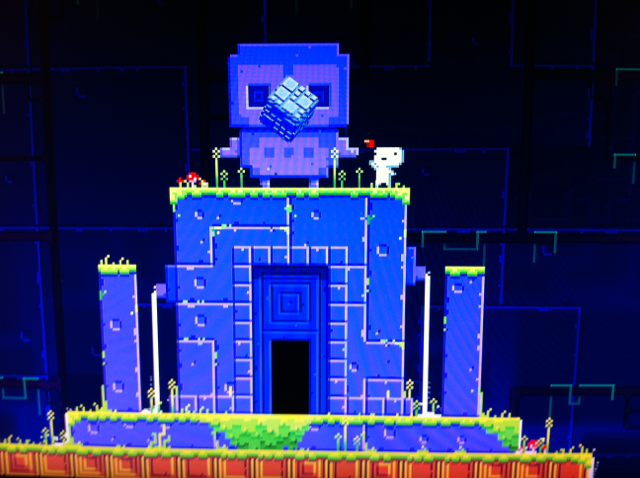 Use the first person view to look at the floor, where stands the owl.

There are characters with fezzes indicating LT and RT.

86
What is Fez's alphabet?
19
What are the rainy "giant owl" room's secrets?
13
What are the treasure maps for?
2
Why won't the blank map QR code map work?

19
What are the rainy "giant owl" room's secrets?
2
What is the secret on the skull stage of Fez?
30
What is the secret to the burnt treasure map with the Polytron logo, the candle room, and the floating black monolith?
11
How do I solve the puzzle with ten symbols each with six boxes?
2
How to solve the tree island puzzle off of the bell tower node?
8
Fez: Treasure Chest in the sewer/well area with acid
4
What's the deal with the library off the clock tower?
1
the room down underneath the lighthouse
8
What's the monocle room's secret?
6
How do I lower the water even more?