How do you power consecutive blocks from below to make a large hatch?

The typical way to close/open several hatches in a row (e.g. to make a drawbridge) is to just lay a wire across the top of all the blocks the trap doors are attached to. How do you accomplish the same effect from below, however, as in this picture? 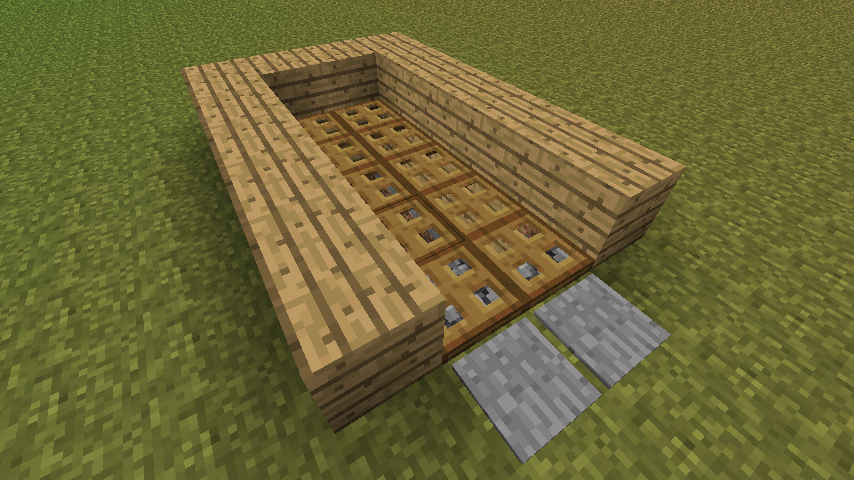 Essentially, what you want to do is have a Redstone Torch under each of the wooden blocks, because powering that "block" also powers the trapdoor attached. However, wiring multiple blocks that are directly next to each other is generally a very difficult task, as Redstone needs to lead directly into a block to power a torch on top of it. Only one side is shown in the images; simply mirror what is shown for the other side.

Disclaimer: The way I have wired this is by no means the most efficient way, but it works.

In this image, the Redstone Torches that are placed under each of your wooden blocks are shown. (They're dirt in this image, but imagine they're wooden.) 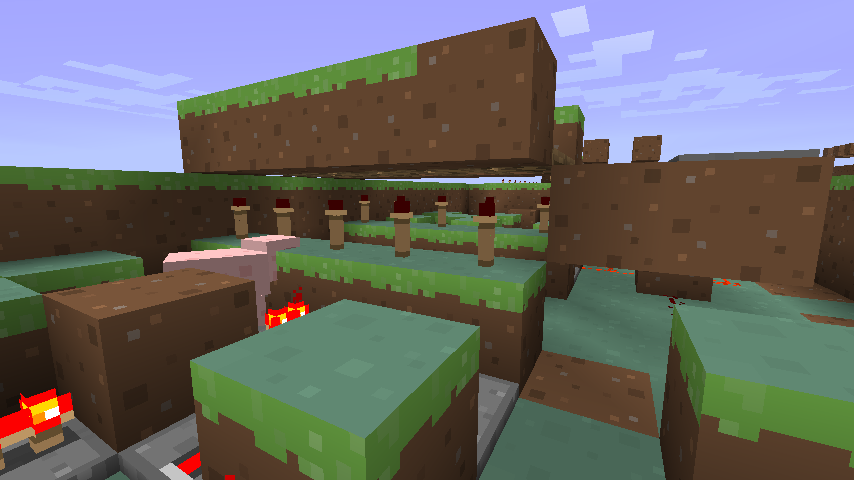 Here is the way that you can wire it up. The unpowered wire at the top-right of the image is directly under the pressure plates. I have moved the pressure plates one block back, so that all the trapdoors will open at the same time, through the delays of the Redstone Repeaters. Every Repeater in the image is set to the lowest speed, except for the rightmost two, which are set to the third delay.

Since Redstone Torches are on by default, an inverter (the torch on the side of the block after the unpowered wire) is used to keep the torches off when there is nobody on the plates.

Edit: For some reason, I had initially wired this up extremely inefficiently (check the revision history if you want to). Now it is much more efficient. 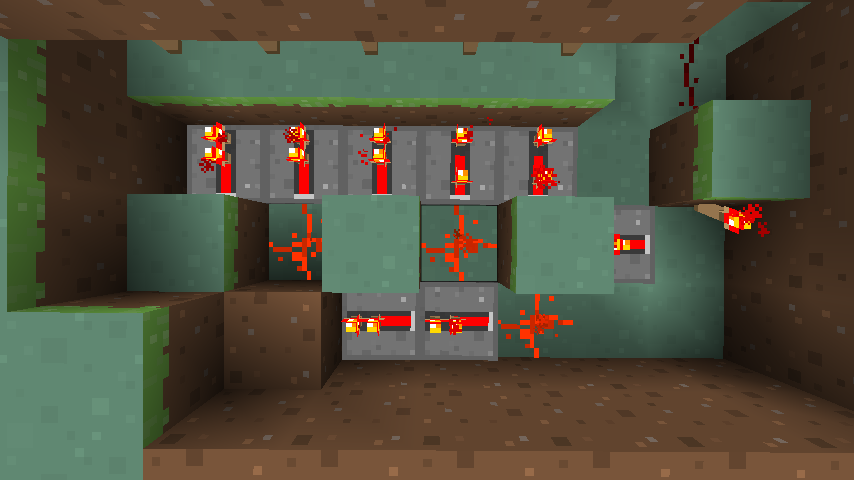 An unintended side-effect of this design is that it takes a while for the power to reach all the trapdoors, and it opens just after you walk on them, giving you time to walk down the stairs without it closing on your head.

15
How can I keep ghosts out of my machine?
1
How can I change the outputs from two different wires to the same state (on/off) using one input, regardless of the previous states of the two wires?
5
How to make Minecart Chests unmovable
2
How does one make a lightning sword in vanilla Minecraft?
1
Trouble wiring a double row of droppers
2
Power golden rails from minecart(placing rails in large scale)
1
Minecraft 1.10.2 redstone help. pistons
1
How can I move a block when it is placed without the piston interfering
4
How to power a dispenser without powering a hopper below?