Okay so, my story's a bit confusing and I've been trying for five days to fix my problem so I figured I would ask here.

I had both dlcs for skyrim downloaded on PS3. Then one day I go to load my game and after the load screen (with the spinning things and info about the game) it just went black. I looked up how to fix it and it said delete the dlcs then reinstall them. So I did.

I was stupid enough to open the game (which I was in skaal village at the save) when the dlc was downloading and not installed. I wound up in riverwood and my follower (Calder) was no where to be found. After I reinstalled dragon born I went back to skaal village but he wasn't there. I tried waiting in solsthiem and in skyrim in case he was just catching up to me but that didn't work. I also tried the "go to jail" trick many times too (I got a 45 bounty for punching a chicken)

I tried getting a new follower but they all say I still have one so I can't get a hardy pack mule for all my quests. I have no idea what to do and it's just annoying me at this point.

You can try and force a companion change. I believe that one of the following quests will leave you with an empty companion slot after being completed. 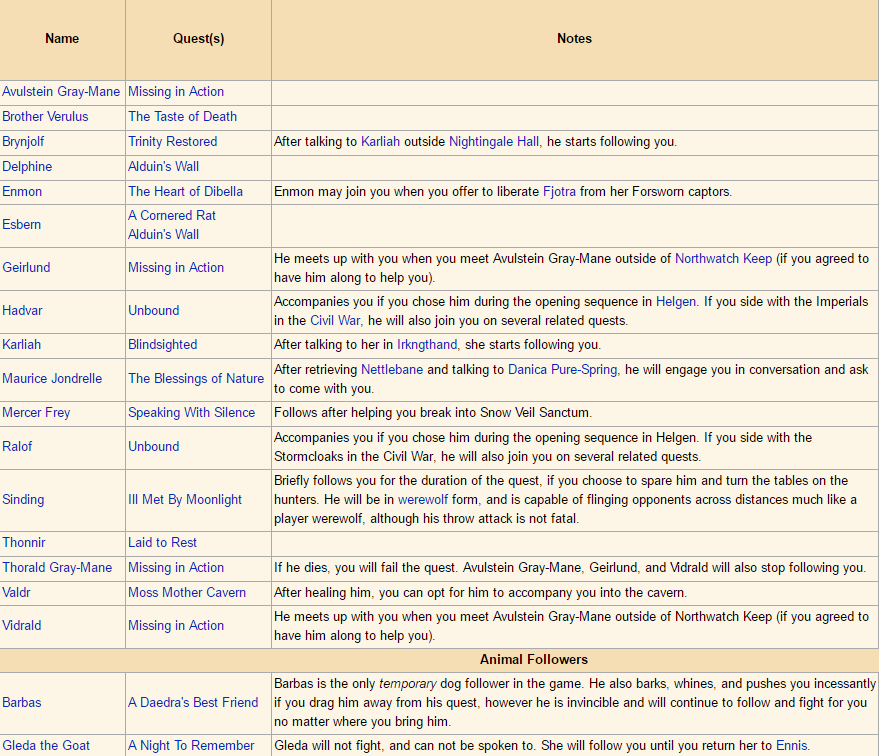 After completing a quest from the ones above try and wait a week or two of in-game time and than go to the place where you would normally hire them. In your case go to Windhelmand search for Calder.

There is the possibility that having loaded a safe that was and playing without installing the DLC might have deleted your followers inventory.

If this doesn't work I believe that loading an old safe will do but if you lack one there is always the possibility to try and port your current safe to PC and using console bring back Calder.Keep in mind that this is not easy.

I have some solutions that might help, please be sure to let me know if they don't.

Once you are in the shack with Meeko, all you have to do is to talk to Meeko and ask him to follow you, he will get rid of any lost follower that you have. Hope this helped.

Not the answer you're looking for? Browse other questions tagged the-elder-scrolls-v-skyrim ps3 skyrim-dragonborn .

5
How to keep containers (barrels) from resetting?
8
My Follower's Body is Not Visible, But Follower Still With Me
4
Can't dismiss follower
1
Gerdur is attacking me! How can I contine Before the Storm
3
Frea is trying to kill me
2
Whiterun city gate/door is missing in Skyrim (original 2011 version)
2
Skyrim: Special Edition XB1 - Kaidan (Modded Follower) Stuck in High Hrothgar
0
Skyrim legendary edition Infinite Load screen or crash
0
Skyrim sacrifice follower for Boethiah