Do Olimar and Alph have the same hurtboxes?

Take a look at the picture below, showing how different the sizes and shapes of Olimar and Alph's heads are: 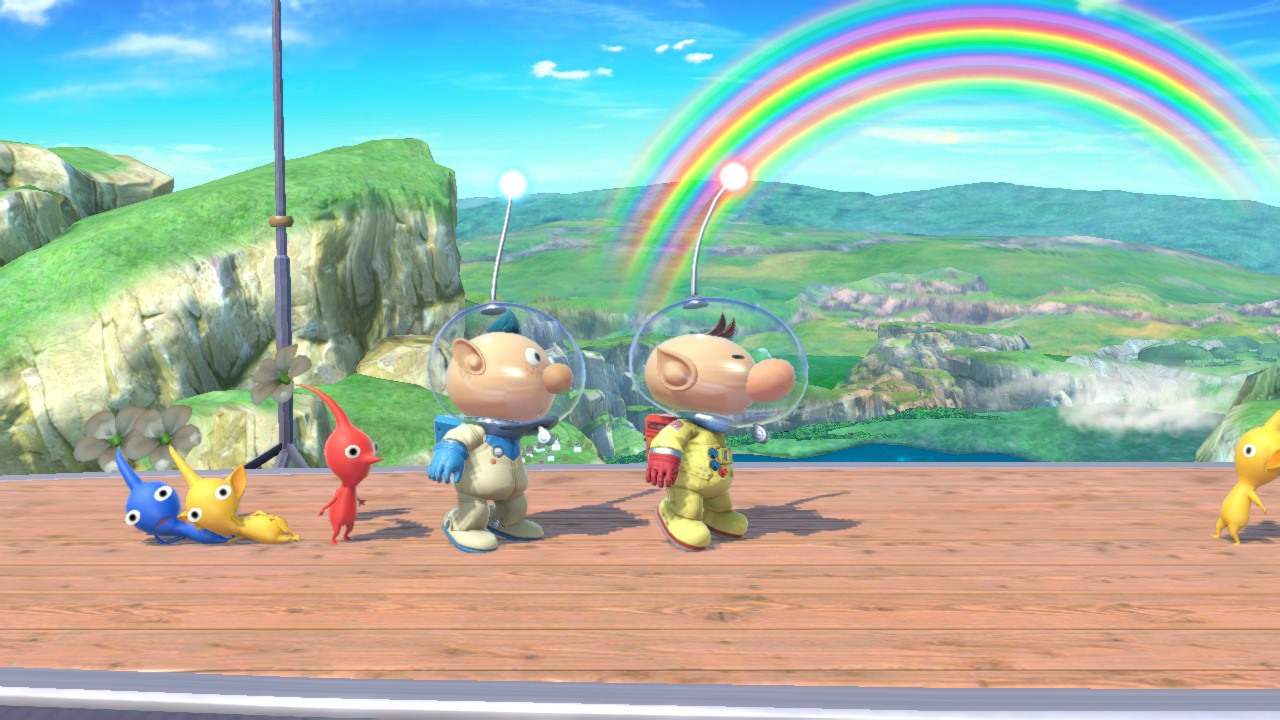 I've read in this answer that it's not possible to have different hurtboxes for a single slot, but is that still true for Olimar and Alph despite the graphical difference in head size being so different? Wouldn't that be visually deceiving?

The other answer is correct that Olimar and Alph's hurtboxes are the same.

When looking at Olimar vs. Alph, it's important to note that Olimar's hurtboxes themselves aren't actually perfectly accurate to the character model. The translucent bubble around his helmet is his actual hurtbox:

From the shape, it should be apparent how it's slightly 'looser' around the character model in a way that would allow both his and Alph's appearance to be shaped to fit within it. SSB is always as a series that's played slightly less accurate with hurtboxes and hitboxes when necessary, often leaving out things like hands, feet, or tails without hurtboxes, or conversely having a hurtbox that extends slightly past the character's actual body.

While it's slightly noticeable in stills or gifs, I've never felt to affect the actual play and, while I'm not a pro player by a long shot, I've never seen the community take issue with that aspect of the characters either. General consensus seems to be that they're close enough to feel fair.

17
How do I optimise expedition and gym output?
2
How do I get the shop to refresh, and how often does it refresh?
17
Are there any differences between real and fake smash balls?
9
Do multiple hits from the same Simon/Richter boomerang add multiple hits to the staleness queue?
10
How is intensity gain calculated, and how do I get a 9.9 in Classic Mode?
10
Which Smash Ultimate characters have additional moves?
14
What are the differences between Peach and Daisy?
9
Do Ω form/Battlefield stages have different dimensions?
2
Do the different animations in the alternate costumes affect hurtboxes?
5
Do the Passive Shields of the Hero Alts have different hitboxes?